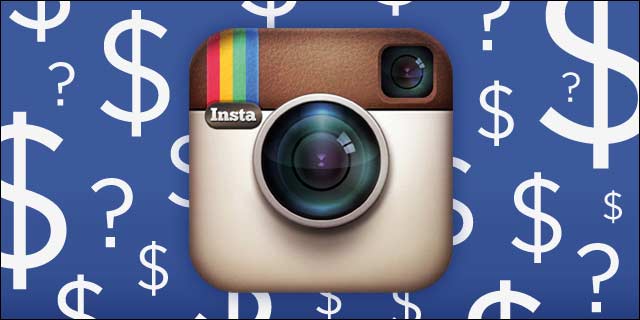 In early 2012, Facebook agreed to buy Instagram, the photo-sharing network, for 1 billion in cash and stocks. As its biggest acquisition yet, the question on the forefront of everyone’s minds was, would it generate revenue?

It would eventually turn into one of the biggest startup companies, but Instagram was founded in 2010 by Mike Krieger, Kevin Systrom, and just a handful of employees. Wildly popular, this photo app allows users to add distinctive filters to add visual style to smartphone pictures. Since then, Instagram has grown not only as a way to keep in touch via photo sharing, but as its very own social media platform for business marketing.

Although Instagram showed the desire to stay an independent company, they merged with social media giant Facebook. Though Instagram investors were surprised by this merge, they essentially doubled their investment instantly.

So, has Instagram been worth Facebook’s while? Let’s take a look.

With Instagram, So Far, Mum Has Been the Word

Each quarter, Facebook executives are open with investors about the company’s financial temperature. From revenue, profits, user growth, advertising, design changes, and mobile downloads to just Facebook’s own popularity stats, investors are in the loop about their money.

Instagram, on the other hand, is rarely talked about publicly. In fact, Facebook is reluctant to discuss even the most basic of facts like how many people actually use Instagram. In September of 2013, Instagram had 150 million active monthly users, but this report has yet to be updated. It is believed that Instagram reached 180 million users by the end of 2013, but Facebook refuses to disclose any information.

In an interview about Instagram’s money-making plan, Mark Zuckerburg answered, “We’re still trying to learn what the right way to approach the product is, and we’re going to move slowly because we think that’s the right thing to do for Instagram.”

Despite Facebook’s silence, Instagram’s potential revenue is clear. New camera apps such as VCSOcam have gained notoriety because of Instagram’s platform. In fact, Instagram is the fastest growing social network app, beating Twitter and YouTube.

About 58 percent of Instagram followers use the app every day—some multiple times per day. Whether it is to peruse other’s pictures or to post pictures of their own, thanks to loyal users, Instagram’s success is not slowing down any time soon.

Instagram is being used by a wide variety of popular brands; for example, fashion powerhouses like Gucci and Michael Kors use it to to promote their retailers. Not just a consumer app anymore, Instagram has become a useful business marketing app as well.

Already, Instagram is generating real revenue for brands like American Eagle Outfitters, Lancôme, Coach and West Elm to solicit photos of their products on real people in everyday life instead of staged catalog shots.

Because Instagram has successfully leveraged itself as a truly integrated platform, Twitter and Tumblr might be in trouble with advertisers. Instagram users get to do everything they would on Twitter and Tumblr right from one app, and with Instagram’s most recent additions such as video and private messaging, it seems more and more appealing for advertisers. And that means more income and new life for Facebook.

I am a freelance writer and social media fan who loves researching mobile app development and the latest tech news. I contribute to tech blogs on a regular basis.