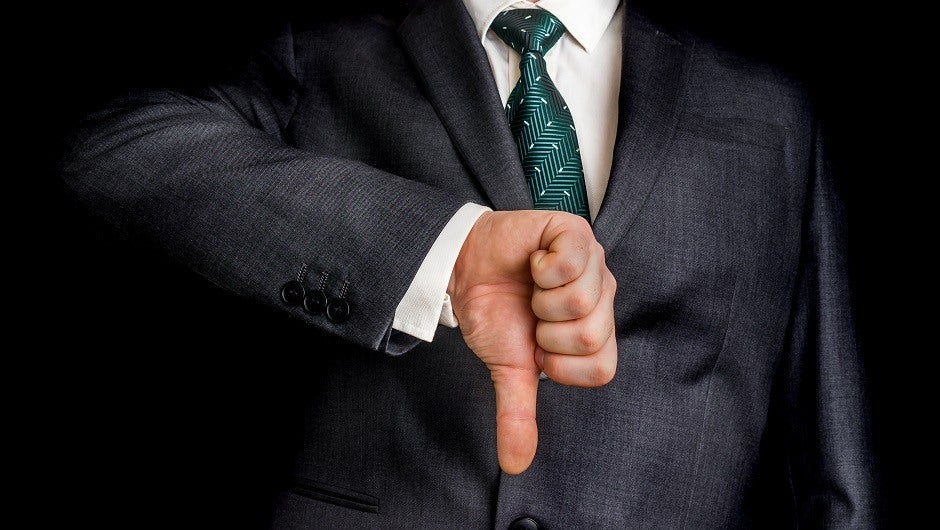 YouTube videos have a simple, publicly-viewable popularity metric: the like and the dislike buttons. These are famously signified by a thumbs-up icon and a thumbs-down icon. It seems like an easy way to tell whether any given video is enjoyable, but, thanks to the hostile internet and a phenomenon called “dislike spam,” that's all in question.

When a controversial video is mass-disliked by audiences who haven't even watched it, the video is less likely to be recommended by YouTube's algorithm. This causes the creator to miss out on the revenue and views that they deserve. YouTube has finally spoken out against the practice.

Here's more about what dislike spam really is, how YouTube aims to fight it, and what individual creators can do about it.

To qualify as dislike spam, the swarm of dislikes must be the result of a (relatively) organized campaign. If YouTube's likes were used as originally intended, the ratio of likes to dislikes would be a genuine reflection of how many viewers happened to find the video, and enjoyed or agreed with the video's content.

Since most people who don't enjoy a video simply won't watch it, the average result is typically a majority of likes.

When a large enough contingent of the internet's users agree that they all dislike or are threatened by a video, however, they may start a movement aimed specifically at overwhelming the likes with a campaign of co-ordinated dislikes.

The resulting spam comes from those who wouldn't normally watch the video (and perhaps still haven't), but want to send a larger message about their disapproval. It's a hack that warps the intent of YouTube's design.

The Ghostbusters Reboot and Dislike Spam

One of the biggest examples is the 2016 Ghostbusters reboot, which replaced the all-male cast of the original film with an all-female one, angering insecure men across the internet. The first trailer, viewed 45 million times, has 305,000 likes and 1.1 million dislikes. (To anyone tempted to argue that this was due to the film's quality rather than a sexism, I would present the Point Break reboot, a film which came out just 8 months earlier than Ghostbusters, is an offensively mediocre reboot of a stone-cold classic, and has a trailer with four times more likes than dislikes.)

The Ghostbusters reboot is far from alone in seeing a sexist response in dislike spam form. More recently, a commercial for Gillette, which directly critiques toxic masculinity, encountered its own dislike spam tidal wave, with 1.3 million dislikes to its 758,000 likes.

The same principle of semi-organized dislikes has spilled over into websites, including Rotten Tomatoes. Star Wars fans spammed The Last Jedi ratings on Rotten Tomatoes and IMDb. The latter site also saw a 2008 dislike battle between The Godfather fanboys and The Dark Knight fanboys that, hilariously, split the vote enough that an unrelated third-party, The Shawshank Redemption, took the number one spot and holds it to this day.

Needless to say, the petty gamesmanship behind dislike spam always winds up messing up any accurate understanding of a film or video's true crowd-sourced approval rating.

And, while it doesn't have much of an effect on the surface, a video with a lot of dislikes might fall afoul of YouTube's algorithm. This means it will be surfaced less often to the audience it's actually aimed at, taking attention or revenue away from those who genuinely enjoy it.

YouTube just announced its intention to address “dislike mobs.” Specifically, Tom Leung, YouTube's director of project management, spoke about it in a video for YouTube's Creator Insider video series, which The Verge then covered.

Leung discussed a few potential solutions, including “requiring more granularity when someone downvotes.” In other words, users might need to click a justification from a drop-down list before their dislike is counted, to add more friction and deter impulsive dislikes. A more drastic option Leung mentions – removing dislikes entirely. It's less “democratic,” he admits, since so many dislikes don't actually come from mobs.

Ironically, the YouTube community's response was to dislike spam the announcement itself. Real mature, folks.

It's not the first step YouTube has taken towards combating unreliable dislike metrics. In June 2018, YouTube attempted to block dislikes or likes that had been “purchased from a third-party service,” thanks to a system update that marks suspicious likes or dislikes as invalid. Still, the issue continues to persist.

What You Can Do About It

Creators facing down the YouTube dislike spam mobs have limited options, and they all come with their own pros and cons.

That last option is probably the best long-term solution. As the recent Creator Insider video proves, YouTube is feeling the pressure to address the dislike spam problem once and for all.