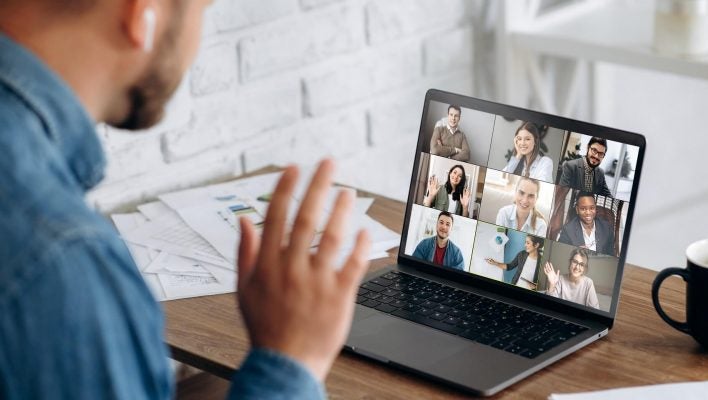 Everyone's favorite video meeting program, Zoom, announced today that it plans to roll out end-to-end encryption across all plans and users, including those on the free tier. It will be available by July.

The news is a very welcome 180 from Zoom's previous claims  (around two weeks ago) that it would not add the security precautions to its free users. What happened in between? A backlash from civil rights groups and concerned users.

If you first heard of the video conferencing app Zoom in March due to the rapidly instituted pandemic lockdowns, you're not alone. Zoom's daily active users sky-rocketed from 10 million to well over 200 million within just three months.

Ballooning twenty times larger is a tough scaling problem for anyone, and the fact that security concerns resulted from fielding untold millions of private conversations shouldn't come as a surprise.

Zoom debuted a 90-day plan to bolster security in late April, including an updated Zoom 5.0 software version that came with better encryption, more privacy controls, and a waiting room feature to ensure party-crashers couldn't just show up without approval.

But all those changes came after a host of articles highlighting Zoom's security issues — like this lengthy but well-sourced callout article on Medium from earlier in April. Now, a similar security problem and the subsequent backlash has spurred another upgrade today.

Zoom CEO Eric Yuan kicked off the new conversation on June 2, with his statement that Zoom wouldn't bother encrypting the data from free users' conferences, despite rolling out end-to-end encryption to paying users as a part of its 90-day security plan.

His reasoning: Zoom needed to be able to cooperate with law enforcement.

“We want to give [end-to-end encryption] to at least the enterprise customer or business customer. Free users, for sure, we don’t want to give that,” Yuan told analysts in a conference call. “Because we also want to work together, say, with FBI, with local law enforcement in case some people use Zoom for the (sic) bad purpose, right?”

One potential response here is that bad actors might still have the money to pay for a plan. But a better one is to argue that everyone deserves basic security even if they can't pay a premium for it.

That seems to be the tack taken by many of the activists and encryption experts that Zoom consulted with as well, given Zoom's dramatic about-face on the topic.

Zoom will definitely be a more attractive free video conferencing choice once the end-to-end encryption is in place for all users.

Still, if the back-and-forth on Zoom's security has left you a little leery, we can't blame you. Even with the July update, meetings' hosts will have to manually turn on the end-to-end encryption option, so it is not a guarantee that you'll be protected when you're not the host yourself.

If you're hunting for alternative options, look no further than our list of the top ten communication apps available to you.

And if you're willing to pay for the benefit of some iron-clad security, we also have a roundup of the best VoIP services for businesses.

The bottom line here: Zoom made the right call in expanding its encryption protocols to all.

The video app shouldn't be blamed for its growing pains. But the fact that the company needed to be repeatedly pushed to action by public backlashes is not really a good look.