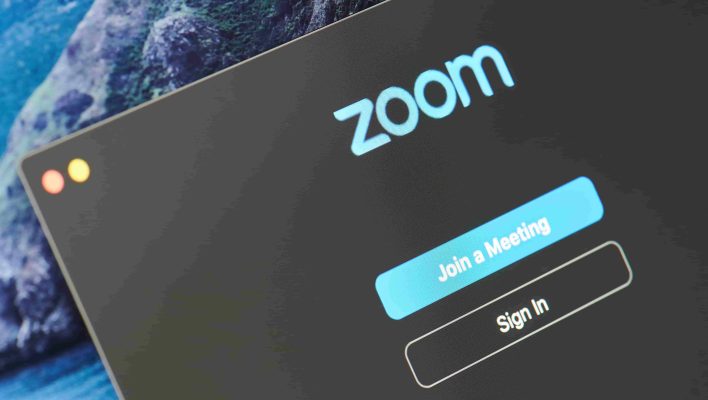 Zoom has announced that several of its most useful and widely-used apps are about to get a major upgrade in the name of enhanced collaboration and communication, and new features are coming to the platform too.

The web conferencing giant – famous for its legendary ‘breakout rooms’ – says Zoom apps with metaverse-like qualities will now be available to use within calls, and there's a new feature called “Collaboration Mode” too.

The updates certainly set Zoom apart from most other providers and mean it’ll be able to compete with Microsoft’s metaverse project called Mesh, which was announced towards the tail end of last year.

The Metaverse Comes to Zoom

With the move to hybrid work now all but permanent for millions of companies using Zoom, the web conferencing provider wants to provide more apps and features that expand remote teams’ collaborative horizons.

Welo (pictured below – credit: Zoom), for instance, is a visual workspace application that allows users to recreate collaborative physical spaces in the digital sphere: 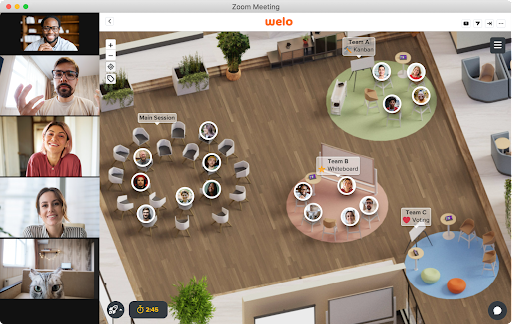 In Welo, you can mosey between different meetings in the same virtual “room” by simply commanding your Welo Avatar to walk over to a different group of your colleagues – connection after that is automatic.

It must be pointed out that the application is still currently in its beta testing phase, so not all the features are fully functional just yet.

Another exciting change is Zoom's new “Collaborate Mode”, designed to enhance – you guessed it – collaboration among team members.

As is explained in the very same blog post, Collaboration Mode “enables engagement by elevating the screen-sharing model to be interactive”, letting hosts “start collaborative experiences for any app during all-hands meetings, brainstorming sessions, and more.”

Zoom's Collaboration Mode will let you co-create and facilitate sessions on collaboration apps like Miro.

Participants “instantly see the host’s app view (similar to a shared screen view)” coupled with an invitation to preview the app experience before joining in.

Is Zoom the Best Webconferencing Software?

There's no one that does Breakout Rooms quite like Zoom, but there are other web conferencing providers with plenty going for them. As  mentioned in the intro to this piece, Microsoft even has its own Metaverse project – called Microsoft Mesh – that was announced in November 2021.

Microsoft Mesh for Teams – one of Zoom's biggest rivals in the workplace collaboration market – “combines the mixed-reality capabilities of Microsoft Mesh”  – which includes team members in a variety of locations to participate in what Microsoft calls “shared holographic experiences” -with productivity and collaboration tools present inside Microsoft Teams.

Google – and its video conferencing platform Google Meet – has developed some virtual backgrounds that include custom animation to give a real sense that you're actually where you're pretending to be. But the company is yet to venture down the metaverse route in the same way as Microsoft and Zoom. Knowing Google though, it'll only be a matter of time before it's right alongside them.