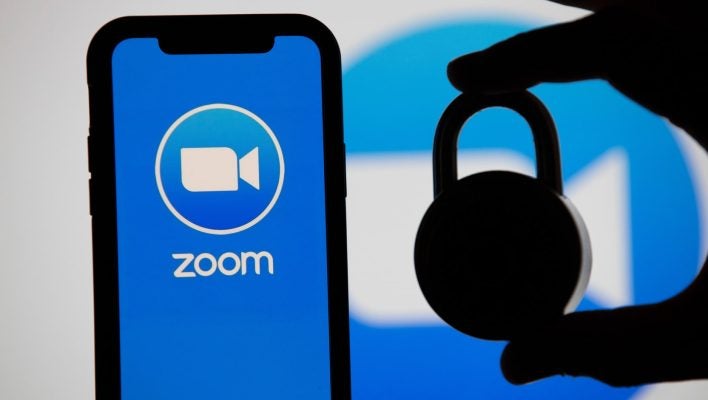 As Zoom's userbase skyrocketed in the wake of the Covid-19 pandemic, so did instances of “Zoombombing” – the practice which saw uninvited guests crash virtual meetings.

In a bid to rectify these instances, last week the video conferencing company agreed to pay out $85 million to users who were impacted by the hijacks.

While this move is part of a growing effort from Zoom to ensure its users are safe and protected, for the many victims of Zoombombing – some of which report being left traumatized by the events – it's likely that the damage has already been done.

Have you been a victim of Zoombombing? If so, now might be time to cash in.

On Thursday the 21st of April, a lawsuit settlement agreement that will see Zoom Video Communications pay out $85 million in cash compensation was officially passed. According to claims made in the lawsuit, around $21.4 million of this sum will cover administrative costs and legal fees, and the remainder will be allocated towards roughly 150 million eligible Zoom users.

The agreement was finally signed off by federal judge Laurel Beeler of California, after being filed in July of 2021 and approved on a preliminary base in October of the same year.

In addition to this cash pay out, the lawsuit will also see Zoom implement reforms to its business practices. These reforms include introducing a new user-support ticket system for tracking disruptions, as well as a feature that makes it easier for users to report interruptions to law enforcement.

The landmark settlement arose from 14 separate class-action complaints filed by Zoom users between March and May 2020. In these complaints, users report having their privacy and security violated.

Aside from leaving users vulnerable to ‘Zoombombings”, the company has also been criticized for unwillingly sharing data with third parties like Google, Facebook, and LinkedIn.

What is “Zoombombing?” – and how has it Impacted Zoom Users?

Zoombombing is a form of cyber-harassment where uninvited users gate crash online meetings. As the name suggests, these surprise attacks typically take place on the video conferencing app, Zoom. While the nature of each interruption varies, it's not uncommon for actors to share malicious images of a pornographic or offensive nature.

The practice has even garnered attention from the Federal Bureau of Investigation (FBI), with the bureau issuing a warning about Zoombombing back in March 2020.

In one instance of Zoombombing, the Saint Paulus Lutheran Church in San Francisco was targeted during a bible study class. During the session, participants of the service had their video calls hijacked and pornographic videos were displayed on their screens – including footage of child sex abuse and physical abuse.

According to the lawsuit, this event left members of the service – most of whom were senior citizens – “traumatized and helpless”.

In another instance, members of a Sunday service at Oakland Oak Life Church were similarly bombarded with offensive pornographic imagery.

Court documents reviewed by the Los Angeles Times revealed that many participants of that meeting were left traumatized and devastated, with many now requiring counselors to deal with the resulting trauma.

While Zoom denies any wrongdoing in the case and the court absolves its legal responsibility, many involved in the case believe that the software company is obligated to protect the security and privacy of its users.

Mark Molumphy, one of the attorneys representing Zoom in the case attests to this point by explaining “if someone is using the platform, one of the assumptions is that the communications would be private and secure – especially if you’re promoting end-to-end encryption.”

However, Molumphy makes it clear that the company isn't directly responsible for the Zoombombs, saying “I think to some extent Zoom was a victim of its own creation; it just exploded in the middle of Covid and in many ways it wasn’t ready for the amount of usage of its platform, particularly in its privacy and encryption practices.”

How Can You Keep Your Video Conferencing Software Secure?

Whether or not Zoom holds any direct culpability, growing instances of Zoombombing have emphasized the need for secure video conferencing technology.

But if you're worried about your online meetings being infiltrated, don't worry. There are a number of steps you can take to protect your privacy and security online.