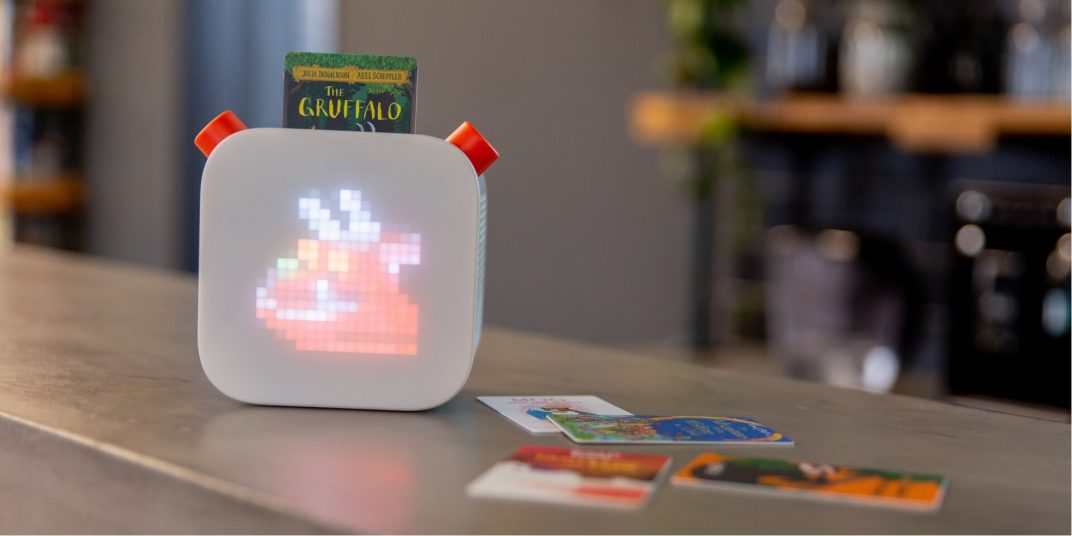 This content has not been updated since August 26, 2020. For more recent tech advice for your business, why not try our look at today's best phone brands?

The Yoto Player aims to give kids their own device, without the distractions of the screen or internet connection. The end result is somewhere between an educational tool and toy.

The children we tried it out on appreciated its easy to use design and the tactile nature of its book cards, although parents may be sceptical about the need for a dedicated story speaker.

The Yoto Player is a child-friendly audiobook speaker. It's designed to provide a distraction-free experience for youngsters, and the simple design reflects this. It eschews multiple features and high resolution screens for a surprisingly stripped back experience. In fact, it’s the lack of features that Yoto hopes will be a selling point.

Curious about the prospect, we got one into the Tech.co office for some hands-on time. However, as it’s not really aimed at us, we soon relinquished the responsibility to a four- and six-year-old: quite possibly harsher critics of tech than any of us on staff, having been born into a world of iPads, ultra HD displays, and streaming content on tap.

Kids on the Yoto Player

The initial reaction was intrigue. A shiny new thing to play with. The small library of audio books that the player came with, provided on cards, were pawed through, with favorites selected – then, it was time to sit down and listen. First up was a modern classic, The Gruffalo, a story which most parents know more thoroughly than their own social security number.

All goes well, and then it’s time for bed. This is when the division begins. Who is going to take the Yoto Player to bed for the first night? First disagreement, then arguing, and before long a Lord of the Flies standoff that required adult intervention. So yes, it would seem that the Yoto is something of a success for its core audience.

A week on, and it’s still getting nightly use

A week on, and it’s still getting nightly use. The 4-year-old favors the audio books, while the six-year-old enjoys listening to the sound effects card which plays noises to help you sleep – white noise, a river babbling, a vacuum whirring.

Back to the box itself. In its design, the Yoto Player has an appealing retro look to it. Like a prop from the set of an old Doctor Who episode, it’s an angular box shape with rounded corners. For kids, the welcoming, large orange buttons are hard to resist twiddling with. There’s also a discreet power button located at the base of the unit, and a headphone jack too, for private listening.

Despite the design goal of the Yoto to move kids away from the perils of screen time, the audio player has one of its own. However, it’s as far removed from an iPad display as you could hope to get, showing a static, pixelated image of the book you’re listening to. For example, this could be a very blocky rendition of the Gruffalo, or Mog the cat. When a book isn’t being read, it shows the time. It’s oddly appealing, and it’s not too hard to imagine spotting one nestled in the corner of a kids bedroom set up for a shoot in a lifestyle magazine.

It's literally so easy that a child could do it, which is, of course, the point

Operating the Yoto is designed to be simple, and it shows. Slot one of the propriety cards in the top, and the book will start playing straight away. Take it out, and it stops. Twiddle the left knob for volume, push the right knob to skip a chapter, and that’s… it. It's literally so easy that a child could do it, which is, of course, the point.

The Yoto Player is portable, which means that kids can easily pick it up and take it with them as and when they want to. Charging is handled by a small circular puck that slots into the base and attaches it to the mains outlet. Best practice is to leave it plugged in when not in use. In this mode, as mentioned earlier, it serves as a clock.

The battery lasts around three hours, which isn’t much for a portable speaker, but plenty of time to get through some children’s stories before returning it to the dock. 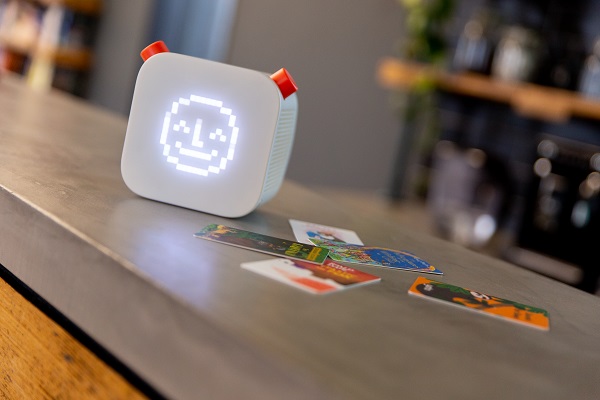 Naturally, there’s an associated app, but it’s aimed more at the parents than children. It allows some degree of control over the player, and it also can be used to play any of the books in your library without the need for the cards. In fact, once they’ve been associated, you don’t even have to use the Yoto Player – you can just play the titles through the app. The Player will also double as a Bluetooth speaker thanks to a recent  firmware update – allowing users to stream their own audio to the Yoto.

But what about the content? The good news is that there are a lot of stories to choose from, and from major publishers and authors, too. There are over 100 titles, including modern classics like the aforementioned Gruffalo, as well as the likes of Peter Pan and Winnie the Pooh.

It’s also possible to access child-friendly podcasts via the Player, so should you run out of books, there will always be something new to listen to. There’s also Yoto Daily, free audio content that is delivered to the device, well, daily. When we tuned in earlier, we were told about the annual mobile phone throwing championships that take place in Finland. See? Even we’re learning something.

Titles start from around $6 per card, and in some cases, you’ll find them cheaper than on sites such as Audible. The main selling point, of course, is having them on a physical ‘thing’ – this might seem something of a relic to parents who remember cassettes and CDs, but it’s a novelty for young listeners to have full autonomy over these products. Again, this is the experience you’re paying for.

There are also blank cards, which parents or children can use to store any audio they like, such as their own stories perhaps, or ambient sounds from their own home. Once uploaded, these are activated like the other stories, by simply slotting the relevant card into the device.

For those that want to fully invest in the Yoto Player ecosystem, there’s also a subscription service, which sees new cards sent you each month.

If you're looking for an equally child-friendly alternative, consider the Kindle Kids Edition for avid young readers. 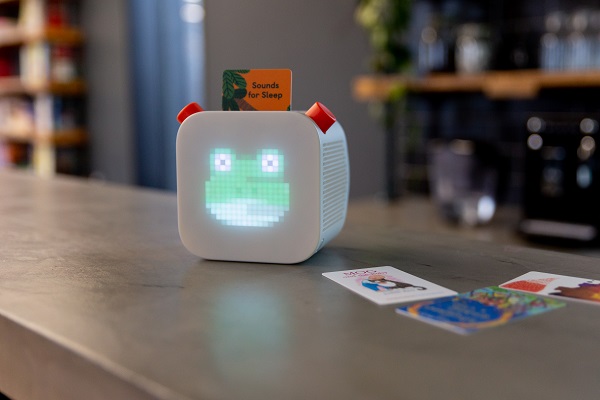 Should You Buy the Yoto Player?

Now, if you’re looking for a cheaper alternative, they are of course out there. You could replicate most of what the Yoto Player does with a cheap bluetooth speaker and a phone, although you’d be adding elements of complexity, and the need for supervision. What the Yoto Player enables children to do is be in control of story time, without distractions, and with a safe, offline device. For children who can’t read themselves yet, or those that just like to be read to (which lets face it, is all of us), it’s a neat little thing that should keep them entertained at bedtime.

The question is, does it justify the asking price? At around $100, you’ll want to be sure that it isn’t just a flash in the pan. There’s plenty of content available, and with more on the way, you could build an impressive library. The Yoto Player very much feels like a ‘nice to have’ gadget rather than an essential one, but we can’t quibble with its goal – encouraging children to listen to stories, free of distractions and screens. In 2021, that’s a much harder proposition than you might believe. Yoto has created a tactile device that children will want to own and use, and can do so easily – no mean feat.

Buy the Yoto Player
About our links