It’s been thirteen years since the first Amazon Kindle e-reader appeared, and yet Amazon has until now resisted the urge to produce a child-friendly version. The Kindle Kids Edition fixes this, and comes with a bunch of features and services designed with younger readers in mind.
At its core, this Kindle is just the entry-level ‘grown up’ model – so is it worth the extra cost? 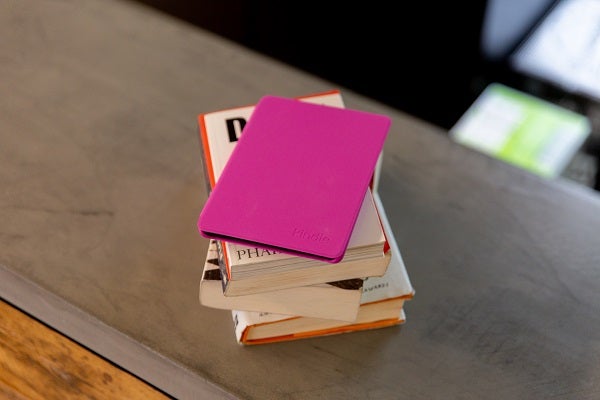 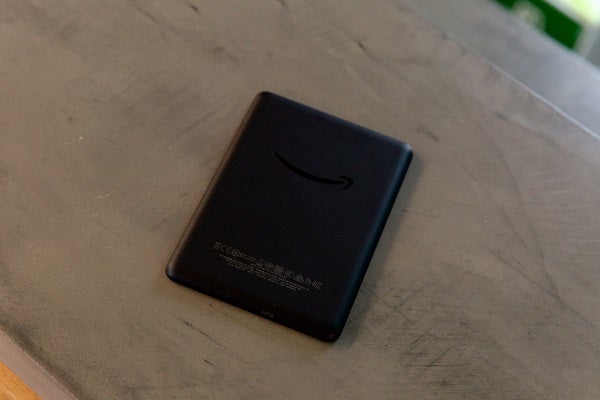 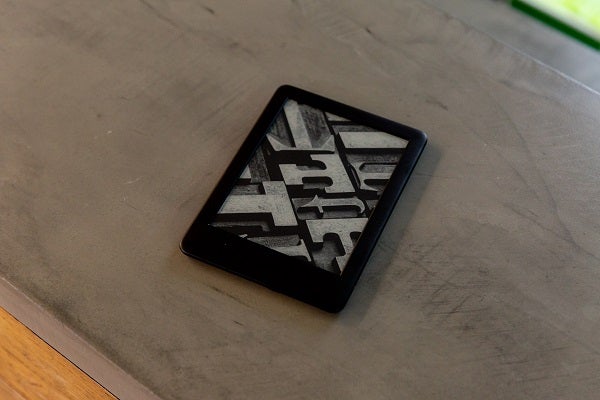 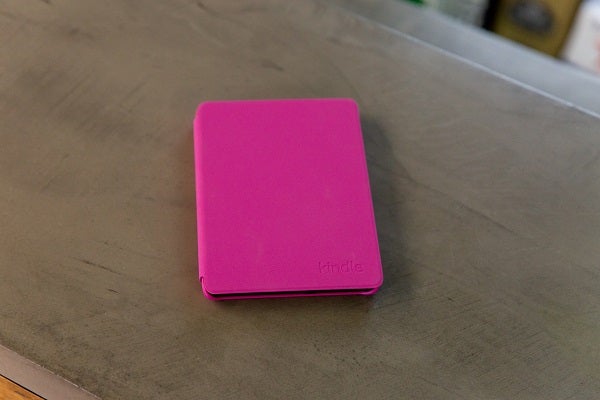 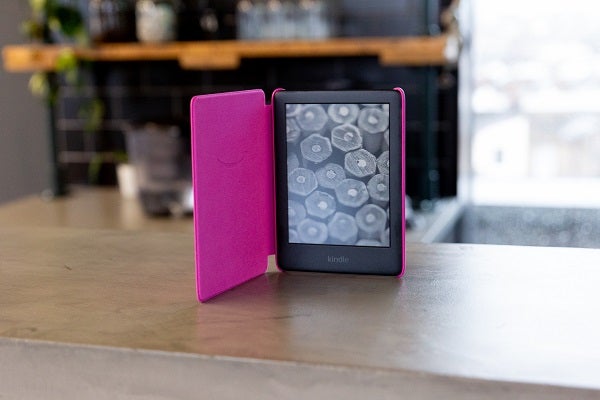 The Kindle Kids Edition is in essence Amazon’s standard Kindle model, with some child-focused features added. That’s no bad thing – the entry-level Kindle has benefited from the tech of older models filtering down over the years, and now has its own front light.

The best thing about the Kindle Kids Edition doesn’t come in the box, and it’s not a tangible thing your child will appreciate. It’s the two-year no quibble warranty, which is the same as the one Amazon has offered with the Kindle Fire Kids editions for some time.

Basically, if your kid sits on their Kindle, spills juice on it, or drops it into a volcano, Amazon will send you a new one, as part of the package price. While your child might think the snazzy covers are the Kindle’s standout feature, they are so, so wrong – primarily, because they’ve never had to shell out for a new toy or gadget when the old one got spaghetti-Os in it. You know this pain all-too-well, however.

If your kid sits on their Kindle, spills juice on it, or drops it into a volcano, Amazon will send you a new one

As well as the guarantee, the Kindle Kids Edition comes bundled with a year’s access to Free Time Unlimited, which offers up a slew of kid-friendly content. In the case of the Kindle, it’s thousands of books, including the Harry Potter series, Diary of a Wimpy Kid, Lemony Snicket, and other young reader heavy hitters. It also grants access to apps, videos and games on other devices.

After the trial, the Free Time Unlimited subscription costs $2.99 a month for Prime members, and $4.99 for everyone else. The extensive library is a welcome starting point for new owners of the Kindle Kids Edition, and feasibly could keep them in stories for some time without having to buy an ebook.

Parents who want to keep tabs on their children’s reading can make use of the parental app, which reports how much reading is happening, and when. You can also see what is being read, although in theory there shouldn’t be any surprises, given that parents can control the full library that is available on the Kindle. Again, it’s worth repeating – the main selling points for the Kindle Kids Edition aren’t with the device itself, but with the extra services around it. That’s what you’re paying for here.

If your children are older and you feel can be trusted to look after a Kindle, you might want to opt for one of the more grown-up options.

But what about the device itself? Well, there’s not too much to say. If you’ve used a Kindle before, you know what to expect here. A lack of buttons means that it’s navigated by touchscreen, and the Kindle is lightweight and comfortable to hold. This edition comes with a cover included, which is constructed from a solid-feeling plastic, and feels like it could protect from some devastating drops and bangs. In fact, with the case on, the Kindle feels incredibly robust and solid. Kept in place with a magnet, the front of the cover is secure, and when opened, the Kindle automatically turns on.

Battery life, as ever, is excellent. e-ink screens have always been notorious for low power drain, and you can expect the Kindle to last about a month per charge. You can get even longer out of it if you turn down the front light. That said, we’d recommend keeping it on, as even in good light it elevates the readability of the screen.

Storage-wise, the Kindle Kids Edition comes with 8GB, although this will be slightly less once the operating system is taken into account. It’s still loads of space for hundreds of books, as well as audio titles, which are supported via playback to Bluetooth devices

The Kindle Kids Edition, like the rest of the range, is monochrome, meaning that it really is aimed at older children (Amazon recommends age seven and up). Although picture books are available readily in the Kindle format, checking them out on the Kindle’s gray 6-inch display is unlikely to spark the imagination. Paper books are still wonderful things for many reasons, and this is one of them.

The display of the Kindle Kids Edition has the lowest resolution of the range, alongside the entry-level model. At 167 pixels per inch, the text isn’t quite as sharp as that of the Paperwhite or Oasis (300 ppi). However, we think that in isolation, you’d struggle to tell the difference, and it’s hard to imagine any child kicking up a fuss about pixel density.

It’s hard to imagine any child kicking up a fuss about low pixel density.

The e-ink display may well prove something of a shock to younger readers who are used to tablets and other screens. The tech has a natural lag when transitioning from one page to the next, and there’s a slight ghosting as the previous page disappears. This isn’t unique to the Kindle, but rather e-ink screens in general. Still, it could take some adjusting to for those not familiar with the tech.

As the Kindle Kids Edition is the standard Kindle with a few more bells and whistles, it means that the interface is pretty much identical. Some more streamlined and easier to use menus would have gone a long way here. While the classic Kindle interface is functional, it’s hardly inviting, especially to newcomers.

When it comes to eBook readers, there’s a reason that Amazon holds the crown. They’ve been doing this a long time, and the Kindle has been honed and improved throughout its life. Yes, the Kindle Kids Edition is on a par with the ‘basic’ adult version – and it costs $30 more, at $110 – but it’s still one of the best on the market. Add to that the extras, such as the one-year access to Free Time Unlimited and the standout two year warranty, and this feels like the only real choice for younger readers.

Amazon’s suggested age of 7+ seems about right. Younger children will baulk at the lack of color and vibrancy, but older kids will appreciate the grown-up feel of the Kindle.

If your child has been pining for a device to read on, this is it.