What do you need a VPN for?
Privacy
Streaming
Find a secure, fast and great value VPN
Home VPN 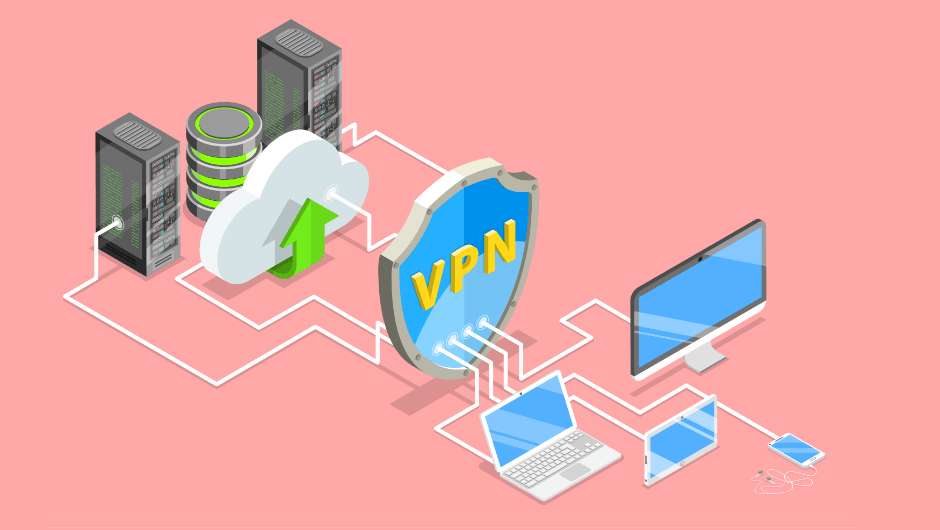 A Virtual Private Network (VPN) is an essential online tool for boosting your online privacy and security. However, VPN problems can cause lost VPN connections and error messages. Fortunately, there are a number of fixes you can try.

VPNs have certainly become a lot more user-friendly since the early days, with most allowing you to jump straight into the open and unrestricted world of the internet.

However, from time to time problems can occur, but the good news is that most can easily be remedied. We look at some of the most common VPN issues and how to fix them.

Fed up with your current VPN? Why not try another one? See our VPN comparison table to see which VPNs we recommend most

Using a VPN can be a great way to open the internet, but it can also introduce problems to your usual connection. Some common issues include:

We outline some quick fixes that can be done in seconds to get you back online again.

We've tested over 20 VPN services, thoroughly and independently. If your current VPN is proving unreliable, try one of our top-rated VPN alternatives. 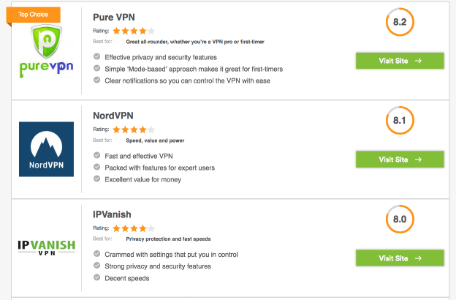 Time to Change Your VPN? See the Best on Test

Here are some of the most effective ways that you can resolve VPN problems:

Yes, it’s a cliche, but closing down your software can get things running smoothly again. If your VPN has its own program, close it down (all the way, make sure it’s not just minimised on your computer), and restart it.

If the VPN is a browser plug-in, close your browser down and restart it.

We know how it is – you want to make sure you have pick the right VPN software, so you may have downloaded several packages to try out. If you want to get the very best one first time, then just check our guide to the best VPN services of 2019, but if you’ve already trialled a handful, they may well be stopping your new chosen software from working correctly.

Try disabling, or even better, uninstalling any previous VPN software packages that you might have used, and see if this resolves your issue.

Make Use of the VPN’s Help Function

VPN software providers know that at some point or other, you might get stuck. That’s why they try and ensure that there’s a built in help function. Make sure you use it! Most are user-friendly, and don’t assume you have an expert level of knowledge.

However, if you’re really confused, then do contact the VPN provider directly. How to do this will vary depending on why you go with, with some offering phone or chat support, and others relying on email. If you’re particularly nervy about using a VPN, then it’s worth opting for one that can answer quickly.

Make Sure Your VPN is Up To Date

VPN software is regularly updated. Some of these take the form of quality of life tweaks to make the program easier to use, but others will be essential for the day to day functionality of the VPN, so it’s important to make sure that you don’t ignore update requests.

The easiest way to find out if your software is up to date is by checking the version your running against the version number on the providers site. You can usually find this information in the About section of your VPN software, as demonstrated here in ExpressVPN. 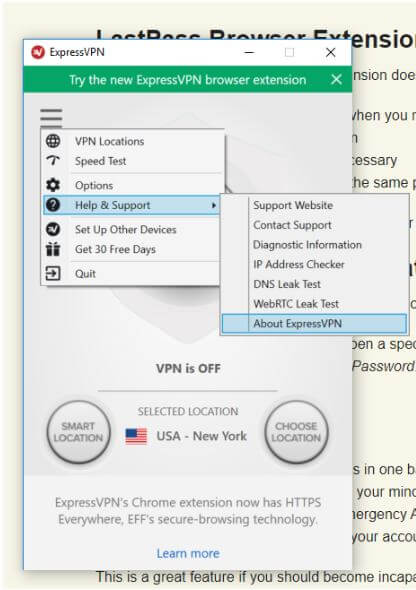 VPN’s offer literally hundreds of servers to connect to, but they might not all be functioning correctly. There can be several reasons for this – they could be overloaded with traffic, or temporarily down, or even blacklisted by the service you’re trying to use.

Luckily, VPNs make it easy to connect to different servers, so give another one a go. Don’t worry if you’re using a certain country’s location to access content – any VPN worth its salt will offer a multitude of servers in the same country, so you shouldn’t have any issues finding another.

If you’re struggling to connect, the issue could be the VPN’s protocol. A protocol is essentially a network that is used to exchange data – the most common example of this is HTTP, which you’ll be familiar with, which stands for Hypertext Transfer Protocol – and precedes every website you look at in your browser.

If there are issues with your connection, playing with the protocol settings can be the solution. Experiment with changing the protocol in the settings to see if this resolves your issue. It could even lead to a faster connection.

Needless to say, it’s the premium, paid-for services which will offer the best help options.

Firewalls check the data that comes in out of your connection, and they can be very protective of what traffic makes it to your computer (and rightly so – it’s their job, after all).

Some firewalls don’t get on with VPNs, so as an experiment, trying temporarily disabling your firewall to see if this has a positive effect on your VPN connection – don’t forget to turn it back on when you’re finished checking though!

Try the OpenVPN Client Instead

One of the protocols that you may want to try is OpenVPN. As the name suggests its an open source protocol, and it’s free to use. It’s secure, and has been around for over 15 years.

It’s very popular in the VPN community, thanks to its native compatible with a large range of platforms, including iOS and Android, as well as MacOS, Windows and Linux. It works with most of the big name VPNs, so could well be the answer to your woes.

You can download the client from the OpenVPN site. Check out our review of OpenVPN for more detail.

Make Sure Your VPN is Compatible with the Site or Service

Make sure your VPN is able to access the service you’re trying to use. Although VPNs are incredibly sophisticated at circumventing geographically blocked sites, the sites themselves can be just as clever.

One of the hardest to crack is Netflix, which is ironic, as it’s also one of the main reasons people install a VPN. Why? Well, using a VPN, you can, in theory, access Netflix content from each corner of the globe, meaning movies, documentaries and TV shows before they’re available in your country.

Not all VPN’s play nice with Netflix, so it’s worth checking the providers website first. If it’s not compatible, there is no fix – you’ll just have to pick the best VPN for Netflix instead.