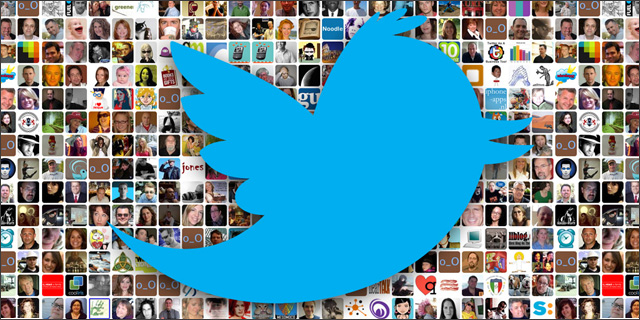 In high school, the tech geeks weren't exactly popular. Despite my own affinity for Star Trek gadgetry and love for computers, I definitely kept all of it a secret from anyone at school. Now that I'm an adult (or kinda something like that), I can be more open about these things and share my love for all things tech to all corners of the world. And, by “world,” I mean my roommate, his girlfriend, and all my glorious Twitter followers.

From partners at venture funds and current CEOs of tech giants, to tech reporters and generally interesting people who talk about real-world applications of in-

game tech, check out these 20 people who have made tech-speak so cool that they've all acquired over a million followers on Twitter.

Great class @ycombinator yesterday. Every single company up and to the right! pic.twitter.com/jvn2Z9mA5j

@joshavant tech scene is really growing fast here…shoot me an email noah <at> http://t.co/xKwoW1QCIJ to chat

NY Times Article: “Your Phone vs. Your Heart” – http://t.co/zDTfsxO1uL

I bought my 20 month old son a Raspberry Pi. Too early for Linux? http://t.co/YLGGdvpWAV

Remember when we used to use “@”s for “a”s to show we were internetty?

What’s a good bit of comic book science or tech you’d like to see on #FactOrFictional?

My new NY Times column AND video are now online! An app that lets you drive your Mac or PC remotely—from your iPad. http://t.co/aENxdwIG65

The future of mobile: wearables #IoT

Okay everyone, please don't reply to this Tweet. I'm trying to get some stuff done and don't want to be distracted by robust dialogue. Thx.

I'd argue that no single person did more to nurture the NYC tech scene than the late Red Burns. One of my heroes: http://t.co/NyM4fgKTRq

Dear Startups, a piece of advise. Your PR agency will throw you under the bus in order to maintain its cozy relationship with reporter/pub.

“A little bit like a corporate retreat.” http://t.co/wbwPGXDbQ1 I think we're done here.