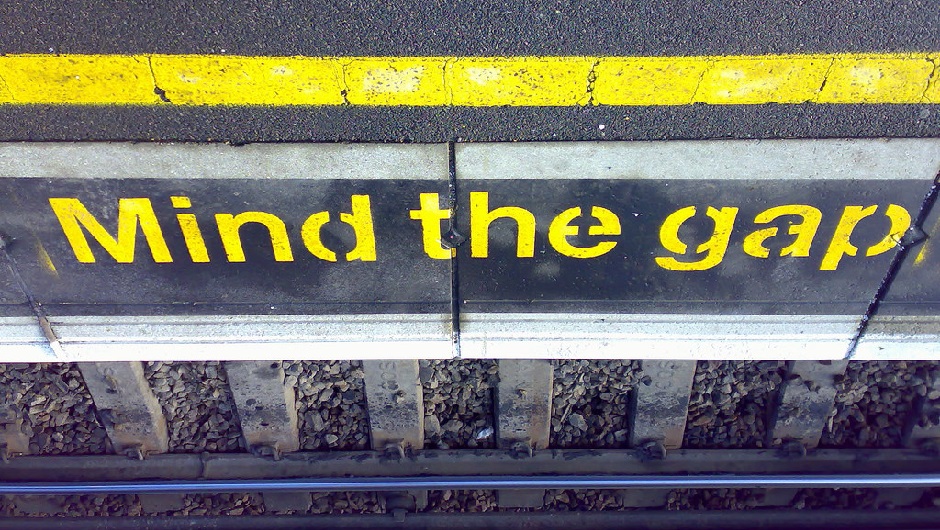 I've already taken a look at the data uncovered in a series of studied that Universum reported on last month. But one chart stuck with me. It's below, and the analysis of Facebook's shifting allegiances is even more useful given the Facebook algorithm update announced yesterday and rolling out in upcoming weeks: Facebook will be cracking down on clickbait headlines, according to its own definition. But another trend is proof that clickbait content never had a chance.

Why the Gap Matters

Businesses have been putting themselves online for years with the same approach: Being “okay” enough to get a steady stream of likes. But times are changing, and content that's simply good is not cutting it anymore. This data spans 2011 to 2015, and reveals the ‘performance gap’ existing between the average employer brand and the best post for that quarter. All brands have a top ceiling to their Facebook performance. That ceiling is growing.

“As you can see from the data, some of these posts are 10,000x-100,000x more engaging than the average. This is an amazing feat and cannot be achieved by spending alone. The best posts are a mix of engaging content as well as paid investment. As you can see from the ‘performance gap’ that this is actually widening. This means that the employer brands who are getting max quarterly engagement are getting better at it than the rest of the industry.”

A “first mover advantage” can be seen in the data. Brands and businesses that started doing well on the Facebook algorithm years and years back will reap the benefits today:

“With the 300% growth in the number of employer brands coming onto Facebook alone in 2013-2014 we can see that the majority of them will not be able to compete with more invested employer brands on organic activity alone. If you’re late to the party you will have to pay to keep up with the employers who arrived first.”

For everyone, posting regularly is essential. Use a data-driven approach, but shoot for content that is “human and purposeful.” All of this is harder than ever. The good news? If you do well, you'll see an increase of 10x, 100x or 1000x in comparison to your competition. 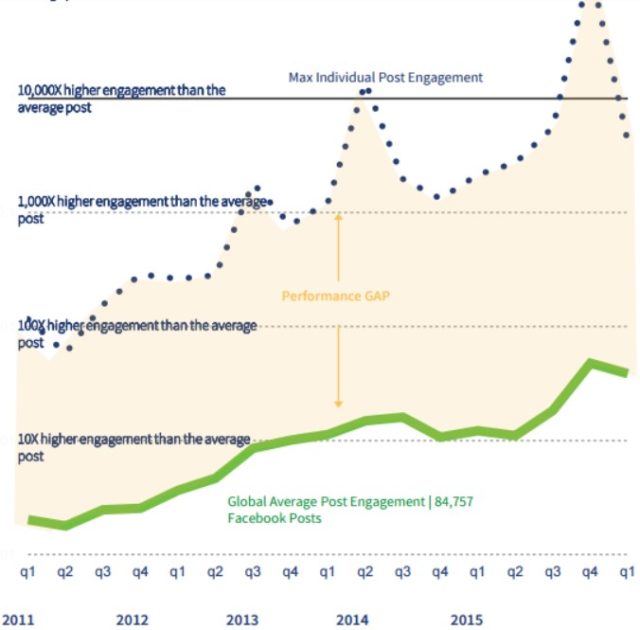