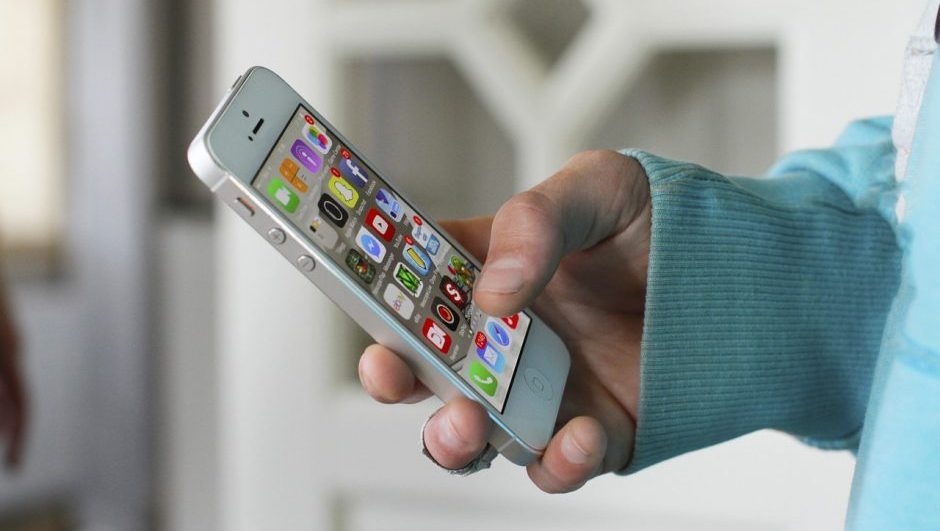 Whether it's surfing the web or changing your clothes, everyone deserves a little privacy. Unfortunately, one of the biggest downfalls of our widely-connected, technology-obsessed society is that keeping your personal information to yourself is pretty much impossible.

Whether its 20-page privacy policies or pre-ticked ‘consent' boxes, it's all too easy to let your personal data leak away. And that's little surprise – your data is a marketable asset for anyone willing to collect it. And unfortunately, data-collection can be happening right in your pocket, thanks to the sheer number of apps on your smartphone.

Data collection has become commonplace in the tech world. Plenty of notable companies are at least somewhat upfront about their practices. Unfortunately, the same can't be said about most of the mobile apps you'll find on your phone. Buried deep within the privacy policies of these popular apps is language that can allow them unmitigated, unhindered, and unusual access to your personal information. Fortunately, there is something you can do about it.

The apps hungry for your data

Before you can protect your personal information from seedy apps, you have to know which ones are the worst at keeping your data to themselves. Because, as the GI Joe famously yelled, “knowing is half the battle!”

Weather apps are found on pretty much every mobile device around the world. However, as one of the most popular weather apps on the market, AccuWeather's lack of attention to privacy is all the more concerning. Its storied history of selling user-data to the highest bidder is well-documented, despite frantic statements defending its practices after the fact.

“Despite stories to the contrary from sources not connected to the actual information, if a user opts out of location tracking on AccuWeather, no GPS coordinates are collected or passed without further opt-in permission from the user,” said AccuWeather in a press release.

While that (barely reassuring) statement may be true, it conveniently leaves out the fact that AccuWeather also stores, and subsequently sells, wi-fi network information such as your router number and BSSIDs. This kind of information is as effective at surmising a user's location as GPS — if not more so.

In short, if you really care about privacy, sticking to the default weather apps on your phone might be the best move.

The convenience of having a flashlight built in to your phone is undeniable. However, what should be a simple app that turns on your flash could be a sinister ploy to get your personal information. All right, that's a little dramatic, but it's at least partially true for one app: Brightest Flashlight Free.

In 2013, the app was deemed “deceptive” by the FTC for failing to “disclose that the app transmitted users’ precise location and unique device identifier to third parties.” And, if you'd appreciate the translation — that's bad.

“When consumers are given a real, informed choice, they can decide for themselves whether the benefit of a service is worth the information they must share to use it,” said Jessica Rich, Director of the FTC’s Bureau of Consumer Protection in a press release. “But, this flashlight app left them in the dark about how their information was going to be used.” To keep rolling with the puns, this incident shines a real light on how even an innocent-sounding app can help itself to data that has little to do with its main purpose.

This doesn't mean all flashlight apps are bad, but it does mean you need to be wary. Because they need access to your flash, these flashlight apps require permission to use your camera. Fortunately, newer phones have a flashlight function built-in, so avoiding this privacy problem just means you have to finally upgrade your trusty old iPhone 4.

Everyone's favorite vanishing-message app has done everything it can to keep up with Facebook and Instagram. Between adding stories and innovating the filter game, Snapchat has made social media more vibrant, immediate and fun. However, one of its newest features could present a serious privacy risk: the Snap Map.

The Snap Map feature allows your friends to see where you are on a map whenever you use the app. However, if you aren't careful with the permissions you allow, Snapchat could track and announce your location every single time you open the app.

This is even more troubling when you consider the fact that it only takes three short steps to enable this level of location information to the app and everyone on your friend list.

Not every app on this list is purposefully doing a terrible job of protecting your privacy; some just don't know any better. Free dating apps, for example, may not sell information to the highest bidder. Instead, some just ignore standard security practices, leaving your personal information to cool on a windowsill for hackers to sniff out and steal on their own. Is that better? Not really.

“It is pretty clear some of the apps have significant consumer privacy issues,” said an anonymous American security researcher to WIRED. “I don't think any of these apps have bad intentions, but some of them have negligent security practices that would allow an attacker or a person who has bad intentions to find out information about users the app doesn't intend.”

The biggest problem with dating apps is that they house an unusually large amount of personal data on its users. And the more data present, the larger the risk of hackers taking an interest in the app. You only have to look at the personal and business fallout of the Ashley Madison hack to see how badly such scenarios can play out.

So, if you want to keep your personal data private, shelling at a few extra bucks for a paid dating app might be worth having a few security measures in place.

WeChat, owned by Chinese tech giant Tencent, has become the primary means of communication for Chinese users. However, the increasingly popular messaging app has recently come under fire for storing chat logs of its users. While the company denies it adamantly, as seen in the below statement, new cybersecurity laws passed in China have made in mandatory to hold onto chat logs for at least six months to assist law enforcement in upholding some of its other censorship laws.

“WeChat will not use any content from user chats for big data analysis. Because of WeChat’s technical model that does not store or analyze user chats, the rumor that ‘we are watching your WeChat everyday’ is pure misunderstanding,” the company said in a social media post.

As far as privacy is concerned, this one takes the cake. With multiple arrests under their belt for everything from teaching the Koran to making political jokes, China reminds us that the negatives of a lack of privacy are a lot worse than you might realize.

Protecting your privacy doesn't have to be an uphill struggle. Where possible, stick to downloading apps that encrypt your data. Take some time and actually read through privacy policies before consenting to them.

Taking a few further simple steps to protecting your personal information is easier than most people realize. Usually, it's as simple as revoking permission you didn't know you'd already allowed. Just follow the steps below:

It's that easy! If you've been wary of using your smartphone to its full potential because of privacy concerns, these steps can give you the peace of mind you deserve when it comes to technology.