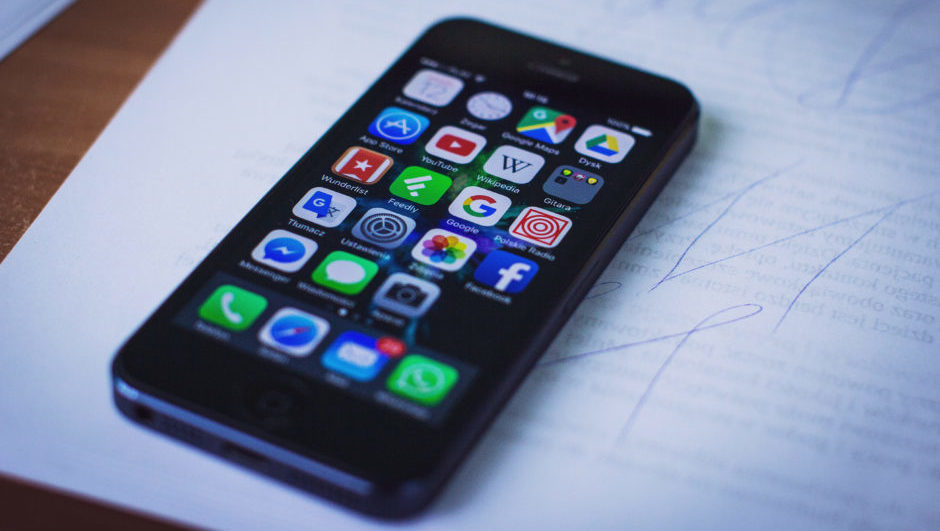 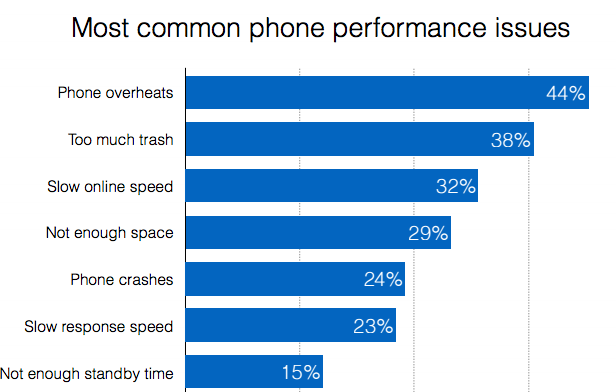 According to Baidu Mobile App's A Global Look at Android Phones in 2015, there are seven common smartphone issues that get in the way of enjoying your many devices. The report detailed three particular categories that show when these issues typically occur: battery-related, speed-related, and storage space-related.

Find out which smartphone issues are ruining your day and the best ways to fix them below:

If you're a big smartphone user, you have no doubt experienced this unpleasant issue. Unfortunately, the awkwardly warm feeling isn't just weird, it's also incredible bad for your phone in terms of the battery and screen life.

In order to prevent this problem, make sure to keep your phone out of direct sunlight. You'd be surprised how much a small black rectangle can attract unwanted heat. Also, keep the brightness down and close unused apps.

Having a lot of apps is great for a lot of reasons. Unfortunately, it can create a lot of trash in unused folders that slows down smartphones more than anything else. 38 percent of users complained of this problem. That's more than a third.

If you want to make sure this problem never plagues you again, there's a wide range of apps that take care of the entire process for you. Just download, click and you'll have a faster phone in no time.

Online speeds plague everyone, not just mobile users. But with more people using smartphones than ever before, online speed is more important than ever. According to the report, South America experiences these problems more than any other continent.

Unfortunately, there's not a lot you can do to about online issues without a stronger WiFi connection or better location. There is an app or two that promises to make online speeds faster, but let's be honest, who knows if that'll work.

With people using their smartphones as cameras more and more, there is no reason that space should be an issue at this point. But 29 percent of people experience this problem, perhaps contributing the success of Snapchat which allows for pictures to be sent without taking up memory.

Fortunately, you can totally fix this problem. Between transferring pictures to cloud-based services like Google Drive to purchasing microSD cards for added memory, you can make  your phone an endless abyss of pictures and videos.

This is actually a common issue in a lot of smartphones. There is nothing more frustrating than looking at a completely blank phone every time to try to dial Domino's. After all, that pizza flies off the shelves and speed is the name of the game.

Fortunately, if you are still under warranty, you can take it into a service location and get a brand new phone. Otherwise, factory resets and restarts can solve the problem easier than anything else.

It's 2016. So having a phone that loads slower than the first computer ever invented doesn't really seem fair. However, 23 percent of users claimed this was one of many substantial smartphone issues.

There are however a number of ways to make your phone's response time a lot better. Cutting back on unneeded apps, media, and even widgets will stop your issues in their tracks.

The amount of time your phone can stay alive is one of the most important factors when it comes to smartphone issues. Let's be honest, people turn into feral beasts when their phone is circling the drain.

Fortunately, you can make your phone battery last longer. First of all, avoid all of the above issues. Overheating, too many apps and everything else contribute to low batteries and poor standby times.