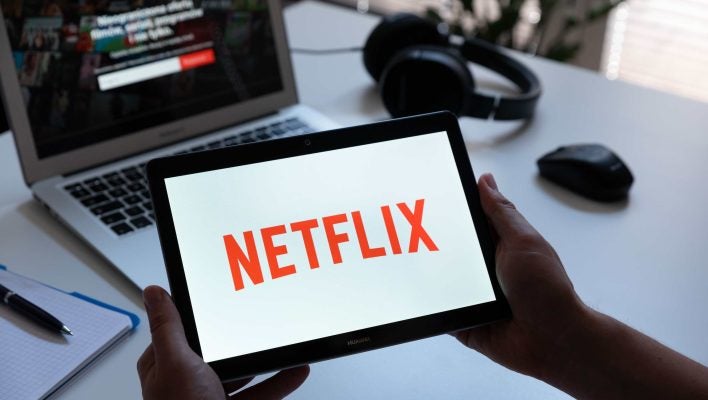 As Netflix continues to wage its war against password sharing, computer software company Adobe has decided to cash in by producing its own machine-learning software aimed at solving the problem.

Password sharing is a cybersecurity nightmare. But aside from making your system more vulnerable to hackers, Adobe's own research suggests the practice can be costing streaming services in the US around $25 billion in annual revenue.

Sidestepping the inconvenience of strict device limits and multi-factor authentication, Adobe's new solution might be able to resolve the issues of Netflix's current strategy. But with the streaming giant currently testing its own account-sharing feature, Adobe's high-tech development might have come a little too late.

As inflation rates reach a four-decade high and consumer spending takes a dip, big tech is bracing for impact – and major streaming services like Netflix and Disney+ aren't exempt. But as these streaming providers start getting serious about password sharing to recover financial losses, Adobe claims to have the solution to their Achilles heel — and it relies on collecting a lot of your data.

The provider's new software “Prime Account IQ System” uses sophisticated machine-learning models to collect user information and detect behavior patterns on their accounts. This information includes how many devices are on an account and the geographical locations of the users.

After compiling this user data alongside common usage patterns, the system produces a “sharing probability” score which determines the probability of credential sharing. The software also estimates whether these users are likely to be travelers, commuters, close friends and family, or owners of multiple homes.

If Adobe's Prime Account IQ System decides you're guilty of password sharing, they will hit you with an “Excessive Sharing” warning. Information regarding these ‘problematic' accounts would then be passed over to the company, and if users decide to ignore the caution, they risk being blocked from the platform.

There's no denying it, Netflix is dominating the streaming services market. But despite being the most widely used platform of its kind, extensive password stealing is an issue that continues to plague the company.

Spurred on by the cost of living crisis, users are using the credentials of their family and friends — or even third parties on the internet — more than ever, leading to a decreasing number of new subscribers. And according to Adobe's own estimates, this is costing the company around $9 billion each year.

In a bid to tackle this problem, Netflix is currently developing its own account-sharing feature that charges a flat fee of $2.99 for an additional account. This add-on can have its own location, log in details, and user profiles, so basically contains all the trimmings of the main account.

“Widespread account sharing between households undermines our long term ability to invest in and improve our service.” – Statement from Netflix

Netflix is also allowing its users to use their primary account outside of their homes for up to two weeks to cater for holidays or business trips. If users use their main account elsewhere any longer, however, they'll be expected to pay extra.

This account-sharing option is currently available in Peru, Chile, and Costa Rica, but it's predicted to be released in more countries, including the US, later this year.

Netflix is the ultimate loser when it comes to password sharing. But aside from helping out a friend or saving a few bucks on a full subscription or add-on account, sharing around credentials can actually backfire on the user too.

Stolen and compromised passwords is the number one strategy hackers use to breach internal systems. And when you share your password with more people, you're essentially multiplying the number of vulnerabilities for hackers to exploit.

If you're borrowing log in details from third-party users, there's also a chance they aren't taking as many adequate steps to protect their account. From randomizing patterns and sequences, using a variety of numbers and characters, and keeping it long, creating a strong password is the best way to keep bad actors out of your Netflix profile. And by keeping your account to yourself, you have more control over your password security.

Prone to forgetting complicated passwords? Don't worry, you don't necessarily need to. By using password managers, all your important codes can be stored and saved securely, leaving you with more time to binge your favorite TV show.