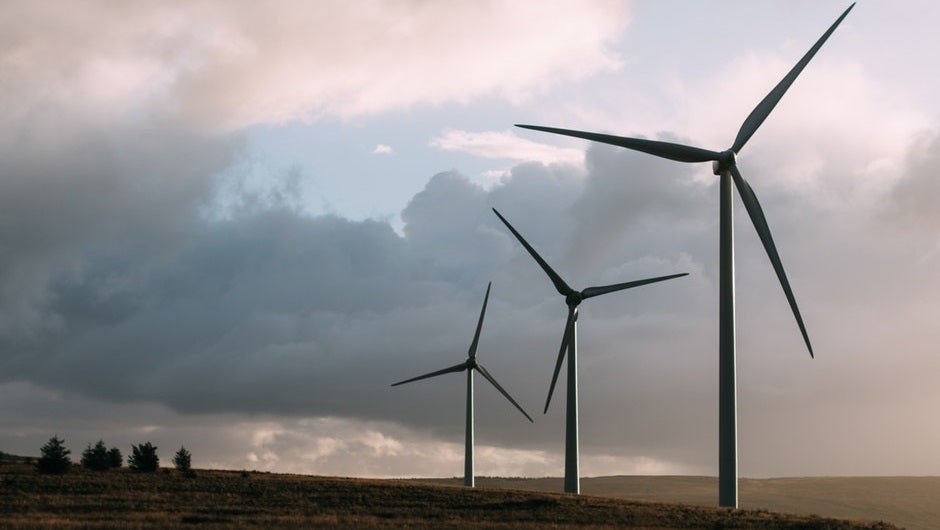 I don't think I'm saying anything controversial when I say that, in 2017 America, basically everything is controversial. Thanks to on- and offline echo chambers and personal agendas, political divides are greater than ever. Well, I guess they were worse back during the Civil War, but let's not split hairs.

Yet there is one major opinion that at least eight out of 10 Americans can agree — across political affiliations, shockingly — that they wholeheartedly support: An increase in green energy.

America's 83 percent agreement puts them smack dab in the middle of the 13 different countries surveyed in the Green Energy Barometer, conducted by Edelman Intelligence, which was based on interviews with more than 26,000 people across the aforementioned countries.

“The support comes from all age groups, educational backgrounds and countries surveyed. Perhaps most surprisingly, there’s strong support from all political segments,” a press release from energy company Ørsted explained.

Here's how all 13 countries stack up to each other on the question. 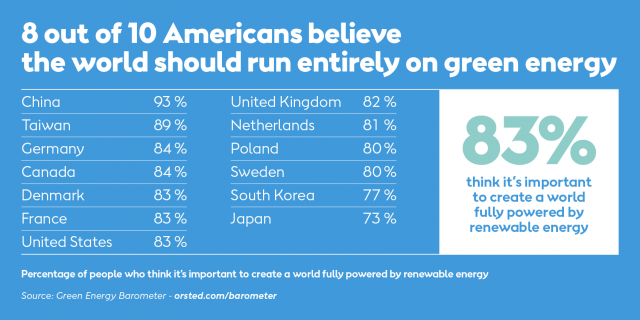 Why do they care? Because they don't see coal coming back, and they want an industry that can really bring back American jobs. Here's how the report puts it.

“Concern about climate change is a major driver for support of green energy, with 69 percent globally being concerned about the impact of climate change.

However, backing for renewables is also heavily rooted in a range of economic and societal benefits. Seven in 10 Americans surveyed believe that it will boost economic growth and create new jobs if their respective countries were to build and produce more green energy.”

In the end, a shift to green energy should come sooner rather than later: We'll need all the jobs we can get, and the savings advantage to clean, green energy will pay off in the long run. Besides, we can't let Saudi Arabia’s new $500-billion megacity have all the fun.

Read more about the rise of green energy here at TechCo