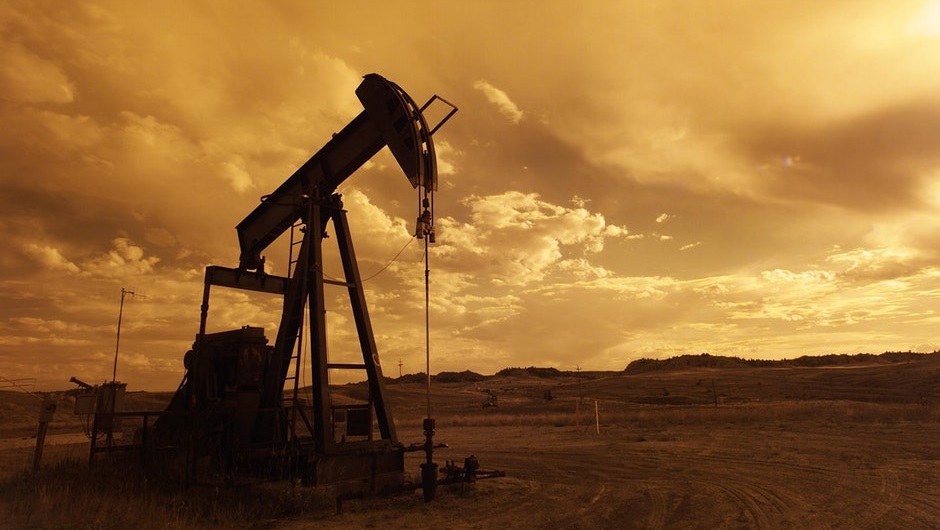 Fairly regularly, I receive pitches from companies talking about the benefits of automation, and how the streamlined workplace is nothing but beneficial for workers, who will be able to work faster and be happier. These companies tout that automation will “support you in becoming an innovative visionary” and “isn’t going to steal your job, it’s going to make it more fun.”

I'll admit that data and stats don't always tell the full story, but they can offer a few solid points of understanding to begin a discussion with. If we don't turn to the facts about how automation has already affected the business world across the past four decades, we're stuck at a “they said, we said” impasse. And boy, are the facts depressing.

Here's the chart that points out the problem with automation in our bottom-line-driven society. 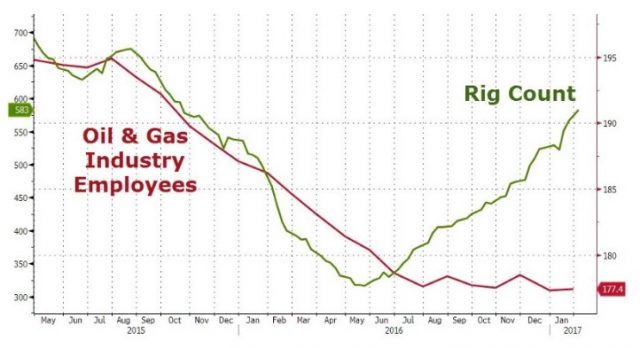 In just two and a half years, the oil and gas industry constricted, invested in automation, and rebounded. The business is doing great. The volume of employees, however, remains down. Their jobs aren't more fun, they just don't exist anymore.

That chart, and a few more like it, is available in a comprehensive exploration of automation's effects on the workforce from advocate Scott Santens on Medium. The fact that businesses are doing better than ever explains why CEOs are so positive about the effects of automation, but just being on the right side of rapidly increasing income inequality doesn't solve the growing problem.

As automation increases, businesses are making more money, and those profits all flow upwards to the business owners and executives in charge. But don't listen to me: Check out the data. A 2017 MIT study has analyzed the impact of industrial robots from 1990 to 2007, finding that they indeed reduce jobs.

“A landmark 2017 study even looked at the impact of just industrial robots on jobs from 1993 to 2007,” Scott Santens reports, “and found that every new robot replaced around 5.6 workers, and every additional robot per 1,000 workers reduced the percentage of the total population employed by 0.34 percent and also reduced wages by 0.5 percent. During that 14-year period of time, the number of industrial robots quadrupled and between 360,000 and 670,000 jobs were erased. And as the authors noted, ‘Interestingly, and perhaps surprisingly, we do not find positive and offsetting employment gains in any occupation or education groups.' In other words, the jobs were not replaced with new jobs.”

The future isn't slowing down automation: The industrial robot workforce is estimated to quadruple by 2025. And plenty of seemly awesome inventions will crater their respective industries, too. The impact that self-driving cars will have on employment in the trucking industry — one of the largest economy drivers in numerous U.S. states — is pretty obvious.

Net job creation is going down as automation goes up. Which makes sense. After all, a business is designed to see workers as an expense, and the point of automation is to cut down on expenses. Anyone who disagrees should just take a look at the data.