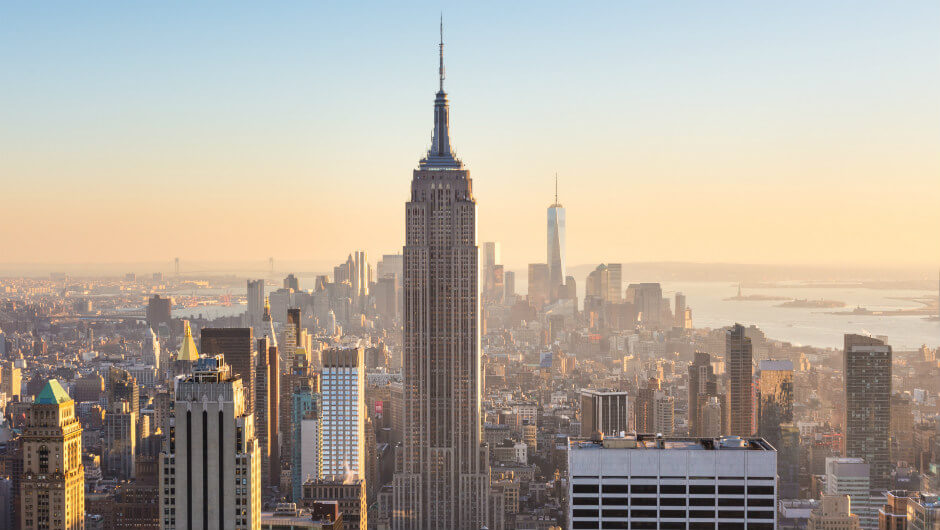 Amazon has pulled out of its stated plan to build a second headquarters in New York, following a report by the Washington Post that it was reconsidering the expansion. But, there may be a deeper story here, particularly in how the news has broken.

The most interesting part of this development is how the news was first reported by the Amazon-owned Washington Post. Namely, in a strangely-framed story whose conclusions have since been disputed by the New York Times.

Here's our understanding of the situation.

Amazon's year-long search for a second national headquarters ended on November 13, 2018, with the announcement that it would split the difference between New York City's Queens borough and the Crystal City neighborhood of Arlington, Va. Each location would serve as a major outpost of the trillion-dollar company.

The backlash was strong and immediate, with many New York City locals arguing that Amazon's up to $3 billion in state and city tax breaks (including some intended for the impoverished), cash subsidies, and incentives would do nothing but boost income inequality and gentrification in a city already struggling with both.

Citing this opposition, the Washington Post debuted a February 8 article on how the ecommerce giant was rethinking its NYC office expansion. Specifically, the article pointedly opened with the line that Amazon was “reconsidering its plan to bring 25,000 jobs to a new campus in New York City” in the wake of “a wave of political and community opposition.”

What is the cited political backlash? This is largely due to the state Senate's nomination of an Amazon critic, Senator Michael Gianaris of Queens, to the Public Authorities Control Board. Gianaris could, in theory, wield the power to stop the deal. The political backlash also includes two instances of City Council members challenging the decision at public hearings, as well as outspoken criticism from U.S. Representative Alexandria Ocasio-Cortez.

Then, Amazon confirmed in a statement on February 14 that it was pulling out:

“After much thought and deliberation, we’ve decided not to move forward with our plans to build a headquarters for Amazon in Long Island City, Queens,” the company wrote, as “a number of state and local politicians have made it clear that they oppose our presence and will not work with us to build the type of relationships that are required to go forward with the project we and many others envisioned in Long Island City.”

The Washington Post's initial report, however, is odd from the start.

First, the framing of the story feels in favor of the massive company that owns the paper. The “25,000 jobs” that the company will bring into the city are mentioned in the first sentence, establishing a focus on the addition or subtraction of jobs for New York, rather than on the more disputed economic impact of Amazon's presence.

Then, the second paragraph opens with the claim that the expansion was “hailed as an economic triumph” by governor Andrew Cuomo. Again, this foregrounds the pro-Amazon side of the argument. In the same paragraph, Amazon is termed “the world’s most valuable company,” rather than a more neutral descriptor such as “highest valued.”

Sure, the article includes a caveat, stating in brackets that “Amazon founder and chief executive Jeffrey P. Bezos also owns The Washington Post.” It explains the opposing side of view, as well. But, given the Washington Post's ownership, the strange framing of the story does it few favors.

The New York Times has since challenged the quality of the Washington Post's reporting, writing that “two people with direct knowledge of the company’s thinking said the [Washington Post] article had gone too far and Amazon had no plans to back out.”

Amazon reconsidering its New York expansion was the entire thrust of the article, so surely this reveal should take all the wind out of piece. But, the story has spread fast, and it has already been reported widely by a host of respected publications – all quoting the original Washington Post report.

Jeff Bezos in the Press

I'm not saying that the Washington Post's article has the finger of the world's wealthiest man on its scales. But, if it did, it wouldn't be the first media scandal within the last week to center around Jeff Bezos.

Bezos published a Medium note on February 7 alleging that the National Enquirer was attempting to extort him with his own nude photos, in order to get him to publicly deny that the Enquirer’s earlier coverage of his divorce was politically motivated. The background feud here allegedly goes right to the top, as President Trump, who's friendly with Enquirer-publisher David Pecker, has launched numerous public attacks on Bezos and the Washington Post.

It's easy to applaud Bezos' textbook “stand-firm” response to the alleged sextortion – and he's certainly in the right to go public. It's also an example of the immense power and influence he wields. Amazon's HQ decision has an outsized pull in media and the general public – online searches for houses in Crystal City leapt 743 percent following news of Amazon's expansion, for example.

Amazon could definitely have used the media cycle surrounding the Washington Post's new article as leverage to pressure New York politicians. If nothing else, the article's framing and claims that it has “gone too far” reopen plenty of questions about the influence of tech billionaires on the media outlets they own.