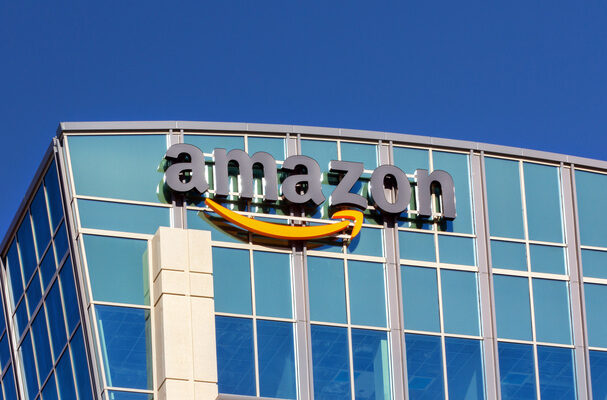 After conducting a cost-cutting review last week, Amazon has already started laying off corporate workers — with HR, retail, and devices employees among the first to face the chopping block.

The ecommerce giant plans to axe around 3% of its workforce in total, equating to 10,000 workers, potentially marking the biggest round of sackings in the retailer's 28-year history.

Staff affected have already taken to social media to share their news, and search for new tech opportunities. However, with mass layoffs trending, and Meta, Microsoft, and Twitter also making similar cuts, finding another job in big tech may prove to be no easy feat.

In a dark week for the tech industry, the world's largest online retailer has begun cutting a considerable chunk of its US workforce. The layoffs, which kicked off just yesterday, could mark the beginning of a cull that could affect around 10,000 staffers, according to The Washington Post.

Amazon insiders claim that they were called into mandatory meetings on Tuesday, before being told that they had two months to find another job in the company. Workers who are unable to find work in this time frame will be offered severance packages, but it is unclear how comprehensive these packages will be.

Layoffs have already taken place in Amazon's device divisions including its Alexa unit — the division which works on the company's personal assistant, Luna — Amazon's cloud gaming platform, and Lab126 — the operation behind Amazon's Kindle device.

The dismissals, which also impacted HR and retail teams, took place in a number of North American locations including in the Bay Area, Boston, Chicago, Seattle, and Vancouver.

Many employees, like Chase Franz, a former software developer in Amazon's Alexa unit, have turned to LinkedIn to share their experiences. In his post, Franz writes “my team in the Alexa AI machine learning platform was impacted by the layoffs” before appealing for new job opportunities.

Other displaced workers, like Maddy Dean, claim their contract expired in September, even though they were on track to go full-time.

While the scale of these cuts is unprecedented for a company like Amazon, they reflect similar measures that are currently taking place within the industry.

Most notably, Meta let go of 11,000 workers last week, as the social media and virtual reality leader suffers from a decline in ad revenue and faces growing competition from apps like TikTok. Twitter also very publicly decided to axe 50% of its workforce earlier this month, leaving around 3,700 of its former employees high and dry in the wake of Musk's takeover.

As tech stocks crash to record lows, companies are making cuts to salvage revenue where they can. Microsoft, Salesforce, and Peloton are some other examples of companies that have been forced to sacrifice employees to remain buoyant. But these really only scrape the surface, so read our up-to-date tech layoff summary to keep track of the latest redundancies taking place within the industry.

While Amazon's decision to sack 3% of its workforce may not seem out of step with current trends in the industry, some experts fear it's a worrying indicator for the future of the economy.

Josh White, an assistant professor of finance at Vanderbilt University, believes the company's recent marching orders could be indicative of an upcoming economic recession. Speaking to The Washington Post, White explains “they have technology” and are able to predict a “potential slowdown in consumer spending”, which could, in turn, signal a wider contraction in the economy.

“They have technology, and they have the ability to see trends or maybe a potential slowdown in consumer spending, and that starts pushing us into that potential recession.” – Josh White, assistant professor of finance at Vanderbilt University

Whether Amazon's current challenges and drop in consumer spending is evidence of a wider economic decline remains to be seen, but what we can say is that big tech's boom days may just be behind us.