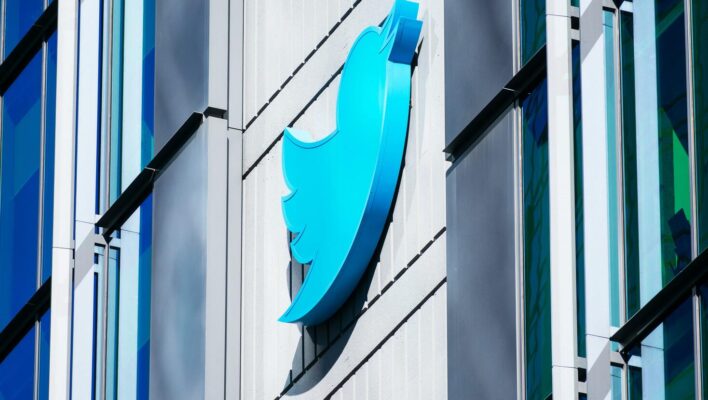 After holding his new title as CEO, or self-proclaimed ‘chief Twit', for less than a week, company insiders reveal that Elon Musk is planning to lay off approximately 3,700 workers — equating to roughly half of the company's current workforce.

If trimming the company down by half wasn't bold enough, Axios has recently reported that remaining workers will be forced to work from the office full-time, with out-of-towners only being given 60 days to relocate.

Elon Musk has never been a stranger to controversy. But his complete overhaul of the social media platform, which includes other striking actions like commodifying the blue tick and segmenting the site into user-rated sections, is already proving to be a step too far for some users. Here's what we know about Twitter's supposed layoffs so far.

Ever since Musk's acquisition of Twitter began back in April, the rumor mill has been churning with speculations of layoffs within the company. While accounts that almost 75% of the workforce will face the chopping block appear to be unfounded, a new report from Bloomberg has revealed that around 3,700 jobs could be lost, effective this Friday.

The Bloomberg report, which relies on insights from anonymous insiders, explained that Musk and his team of advisors were keen to carry off layoffs last week, but are still yet to reach a definitive verdict. It also cites financial pressure as the primary reason for considering such drastic cuts to personnel.

In true Muskian style, even the decision-making process behind the firings seems to be controversial. According to a report by Verge, the new owner of Twitter asked engineers to physically print out their recent code contributions from the last 30 to 60 days, before bringing the documents to Musk and Tesla engineers in person to be reviewed.

The report also hinted at a culture of fear, reminiscent of other big companies like Google, growing inside the company, with engineers in the company being glued to a Twitter account that tracks the location of Musk's private jet.

But Twitter engineers aren't the only workers to face an exodus. Within his first week in office, the CEO and world's richest man was fast to make some pretty high-profile firings. These include — but aren't excluded to — the termination of Twitter's former CEO, Parag Agrawal, its former CRO, Neg Segal, and its former legal policy executive, Vijaya Gadde.

With Twitter's top decision-makers being let go from the company, Musk has close to full autonomy over the social media platform's future. And one move that's high up on the CEO's agenda is ordering for a full return to the office.

Remaining Workers Will Be Forced to Work From the Office

Back in 2020, Twitter was one of the first major tech companies to allow employees to work from home permanently. At the time, the move was pretty radical and prompted a range of copycats within the industry. Skip to 2022, and Musk is looking to reverse this policy completely by ordering all of Twitter's workforce to return to the office full-time.

According to recent reporting from Axios, if workers have left the notoriously expensive Silicon Valley area as a result of Twitter's remote policy, they will be required to relocate closer to Twitter's San Francisco office in under 60 days.

As most major U.S. companies continue to embrace flexible working, Musk's U-turn seems to go against the tide. However, those that follow the billionaire closely will already know that he's no fan of remote work. For instance, in May, the CEO issued an ultimatum to his executive staff at Tesla, telling them if they don't show up to the office full-time, “we will assume you have resigned”.

Aside from his overhaul of Twitter's personnel, Musk is also considering a number of key changes which, if executed, will drastically transform the experience of its users.

One of these considerations is the introduction of paid verification privilege for its users. The CEO first flirted with the idea of charging for the service, which is currently used to authenticate important or credible figures, in a Tweet earlier this week.

Twitter’s current lords & peasants system for who has or doesn’t have a blue checkmark is bullshit.

Power to the people! Blue for $8/month.

Branding the paid-for verification as a democratization action that will bring ‘power to the people', the move has already sparked widespread backlash from notable Twitter users like author Stephen King, who threatens to leave the platform if the service is rolled out.

Musk has also hinted that he might split the social media site into streams so users can choose which type of content they have access to, and a ‘player-versus-player mode' might be introduced, which would let verified users host Twitter spats in real-time.

While few of these changes have been confirmed, it's clear that Musk isn't afraid of transforming the social media site from the ground up. But with the company being heavily dependent on advertiser backing to recover financial damages, it's uncertain whether these controversial moves will be viable in the long run.