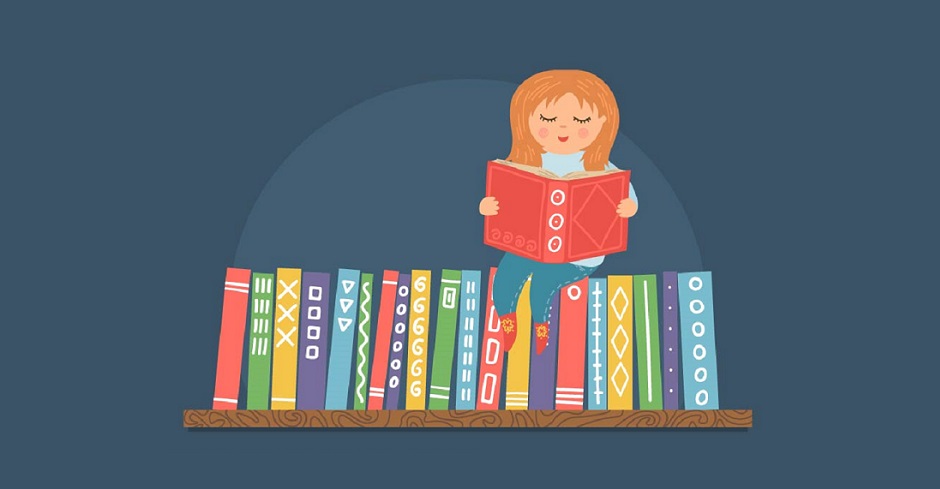 This week, Amazon announced its latest ebook reader, and while there have been plenty of Kindle models over the last decade, this one was a first – a Kindle designed solely for children.

As well as a jazzy cover and a two-year warranty, the Kindle packs in a bunch of kid-friendly features that are aimed at encouraging children to read more.

Can Amazon succeed where many parents and teachers have struggled? And can the gray e-ink display of the Kindle really compete with the colorful world of HD tablets – or even regular kids books?

The Importance of Reading

So how important is reading? You don’t need to look too far to find numerous studies on the benefits, especially for young minds that are still developing.

According to research by UK organisation The Reading Agency, children who often read books at the age of 10, and more than once a week at the age of 16, are shown to have higher results in math, and larger vocabularies than those who don’t. The study also found that reading can stop children from feeling lonely, and that those with reading difficulties are are greater risk of developing mental health problems later in life.

‘These books gave Matilda a hopeful and comforting message: You are not alone’ – Roald Dahl, Matilda

There have also been studies that show that reading can improve empathy. Researchers found that the Harry Potter series improved attitudes towards stigmatized groups, including immigrants, refugees and the LGBTQ+ community.

Reading, to few people's surpise, is good for young minds. However, there's a problem. The older we get, the less of it we do.

According to research by Scholastic, while most six – seventeen year olds consider themselves “moderately frequent” readers, there’s a notable drop off at the age of nine. This is the age at which frequency of reading dives noticeably. While a typical 57% of eight year olds read between five to seven days per week, just 35% do so by the time they reach nine.

After this, it’s further downhill, and the reading rates rarely pick up. It probably explains why 24% of US adults say they haven’t read a book in the past year.

‘You don’t have to burn books to destroy a culture. Just get people to stop reading them.' – Ray Bradbury

How can Amazon Help?

It might seem like a distant memory now, but when it first launched back in 1995, Amazon was ostensibly just a book store. In fact, it marketed itself as the World’s Biggest Book Store. Now, of course, it’s a trillion dollar empire with its fingers in almost every aspect of our lives, from groceries to AI assistants and beyond.

It still sells books, though. And, as well as books, Amazon will happily sell you something to read them on. The Kindle ebook reader range, introduced in 2007, popularised the ebook format, and it certainly trashed the competition. Although it’s never released the official sales figures, Amazon states that it has sold “tens of millions” of the monochrome slabs, and it shows no signs of slowing down.

Until now, Amazon’s Kindle offerings have neglected its younger audience (despite its range of Fire Kids tablets). This week however, the company announced the Kindle Kids Edition, which has child-friendly features intended to get children reading more.

Is the Kindle Kids Edition the Answer?

So, we know that reading is good for children for a myriad of reasons. And it makes sense that we would want to instil a sense of joy and curiosity about reading that will hopefully stay with them into adulthood. Can the Kindle Kids Edition do that for us? 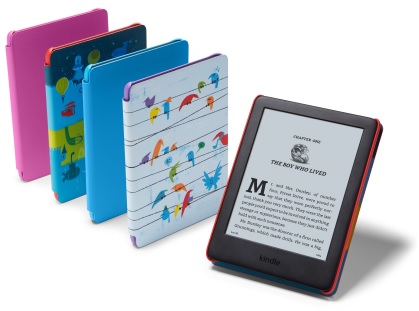 The features that Amazon has stuffed into the slim frame include many aimed at encouraging children to read. One of these is the dedicated parent app, which has been a feature of the Fire Kids tablet range for some time.

It allows parents to see exactly what their child is reading, and when. There’s something slightly Orwellian about the idea of keeping tabs on what your child is up to at such a granular level, but it’s intended to reassure parents that their child is indeed reading as much as they claim, and can also be a springboard to discussions about what they’re reading.

Naturally, it has its pros and cons. As someone who read as a child long into the night when I should have been asleep, I would have been rumbled on day one by the app, had it existed at the time. However, voracious readers will always find time to read, somehow, and it’s not hard to see how the app can help encourage less enthusiastic readers.

Then there’s the awards for reaching certain levels of reading. Responding well to rewards isn’t just reserved for children – we all react more enthusiastically when our achievements are recognised. Anyone who's tried the language app Duolingo will know how compelling and fun gamification of rewards can be.

For the Kindle Kids Edition, these take the form of badges, for categories such as Book Worm and Over Achiever. While bagging one of these badges might not give children the endorphin rush of a Fortnite victory, gamification in this way does at least acknowledge their achievements more than a traditional book ever could.

The Kindle Kids Edition also aims to make reading flow better for younger readers. One of the problems – and opportunities – faced by children when reading is that they’ll often stumble across a new word. In situations where they’re reading with someone else, that's not a problem. They can simply ask for an explanation. On their own though, these new words, if frequent, can become significant road blocks that severely slow down a child’s reading and sense of progress.

With the Kindle Kids Edition, the optional Word Wise feature can automatically serve up suggested alternatives. It’s not perfect – there’s an assumption that the child will recognise the alternative, and it’s not clear if the pronunciation of the unknown word will also be shown. But, it’s better than the alternative – relying on the reader to reach for a thesaurus or hop online (which could bring with it a whole other world of distractions).

The Kids Kindle Edition also comes with a year’s subscription to Amazon Free Time, which offers access to thousands of books. After that, it's priced at $2.99 a month. In theory, young readers with a hearty appetite needn’t go without anything to read. Let’s not overlook the humble library either. Many now offer ebooks, through the Overdrive system, giving anyone access to thousands of titles for free. These are compatible with the Kindle.

Trading one Screen for Another

Portuguese writer Fernardo Pessoa once said, “Literature is the most agreeable way of ignoring life”. Pessoa passed away in 1935, so didn’t get a chance to experience the pull of a never-ending slime playlist on YouTube, or marathoning a Pokemon season on Netflix. His loss.

The point is that there are many, many ways for children to distract and entertain themselves in 2019, all passed through an algorithm somewhere out there to be as appealing as possible. If you’ve ever fallen down a YouTube hole and lost an hour or two, you’ll be able to relate. Children are no different.

It’s not enough to tell children they must read – they have to want to do it, too. The Kindle Kids Edition could well prove a great motivator in this regard. Kids love nothing more than owning their own devices, and while a Kindle may not be as cool as an iPad or Nintendo Switch, this model is at least designed for them. Even something as small as the colorful covers are an extra motivator for children to own one.

“It is a great thing to start life with a small number of really good books which are your very own.” – Sir Arthur Conan Doyle

If getting a child to pick up a paper book is challenging, then modernizing the process with a Kindle could be key. With the average American child spending 3.6 hours a day looking at a screen, moving them from a tablet or video game to a Kindle might be a more palatable proposal than throwing a book on their lap.

While reading has always had something of an image problem for some younger readers, cultural phenomena has always given it a boost over the years. The Harry Potter series of novels kickstarted an entire movement, still dubbed the “Harry Potter effect”, in the publishing industry, which saw an upsurge in the number of children choosing to read. With over 500 million of the Harry Potter books sold worldwide, there’s no denying the power it had on young (and older) minds.

While we can’t expect the humble Kindle Kids Edition to reach these sorts of numbers (sorry Bezos), there’s no reason why it might not kick off its own, smaller revolution in encouraging children to read more.

Ultimately, the Kindle Kids Edition can help children read if it's used as a tool, rather than a crutch. It shouldn’t be leaned on as a caretaker in the way that tablets have been, and parents will need to shoulder a lot of the responsibility to express interest in what their children are reading. This will mean that moms and dads will need to look up from their own screens from time to time, too.