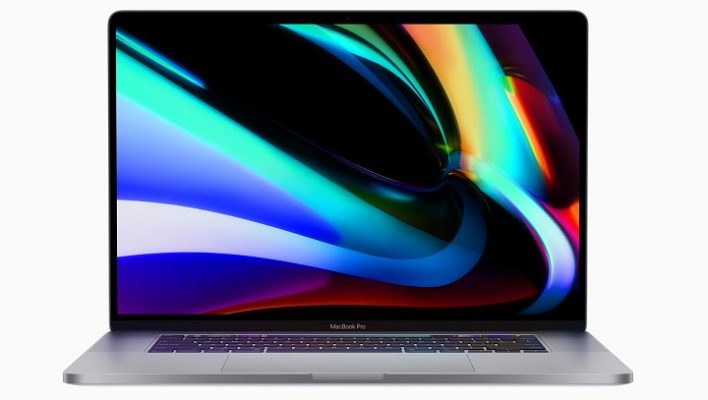 Apple has launched a new MacBook this week, with an update to the Pro range dropping into the Apple store out of nowhere, with little fanfare from Apple themselves.

The new laptop boasts a 16-inch screen, and, perhaps more importantly, a new keyboard, which will come as a relief to MacBook fans given the host of issues that the previous models keys caused, which even resulted in a free repair program from Apple.

The 16-inch MacBook Pro is aimed at those who need some serious firepower from their laptop, and doesn't come cheap, but with the improvements Apple have made, it's bound to find an audience.

So, what's new with the 16-inch MacBook Pro?

The most obvious change is the display, with the 16-inch screen making it the largest Pro model to date. However, the laptop dimensions aren't wildly bigger, thanks to a reduced bezel on the display keeping things fairly trim. If you'd prefer last year's 15-inch model you'd better act fast, as this new model has now replaced it, knocking it off the Apple store site entirely.

The Pro range traditionally caters for users with high demands, such as designers and editors. As such, the latest model is a powerhouse. It's available in two configurations.

The entry-level model gets you a 2.6GHz 6-core 9th generation Intel Core i7 processor, 16GB of RAM and a 512GB SSD. Graphics are handled by an AMD Radeon Pro 5300M.

The pricier option offers a 2.3GHz 8-core 9th generation Intel Core i7 processor, 16GB RAM and 1TB SSD. Here, an AMD Radeon Pro 550M provides the graphics power. If storage is a concern, it can be configured to 8TB, marking the largest SSD available in a notebook.

Design wise, Apple states that it has improved the heat dissipation of the Pro, with a new thermal architecture that includes larger vents. It claims that this helps achieve 28% more airflow than previous models, and heat sink that is 35% larger.

Stamina away from a power outlet has also been improved this time around, with a 100 watt battery offering an extra hour of use between charges, taking it up to 11 hours. 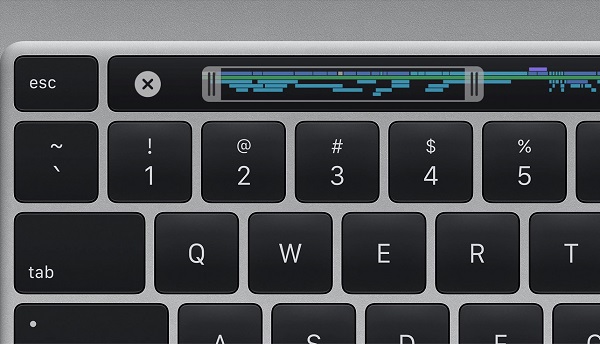 Yes, Apple has Fixed the Keyboard

Then there's the keyboard, which has been something of a headache for both Apple and its owners for the past few years. The previous model used the ‘butterfly' design, and attracted many complaints from users who identified constant miss-presses and stuck keys, with some claiming that particles of dust were causing the keyboards to run errant. Despite several attempts to rectify the issue with redesigns and a repair program, it's been a thorn in the side for Apple for the last few years. The 16-inch model aims to rectify this by ditching the butterfly design and implementing a scissor design for its keys instead. Apple claims that this makes for a more responsive keyboard, as well as a quiet one. It has been dubbed the Magic Keyboard, as it shares design elements with Apple's wireless offering of the same name.

As well as the new design under the keys, Apple has done some tinkering on the surface, with a physical escape button being added to the left of the Touch Bar, replacing the virtual one that used to live on the Touch Bar itself.

The move shows that Apple have listened to their customers, or at least, the huge swell of negativity online around their keyboards, and provided a solution. The real test will be how they perform when they get into people's homes and have a few months of use under their belt, as well as how they respond to exposure to that nasty, problem-causing dust. However, the fact that the new design is based on Apple's existing, and really rather good, Magic Keyboard, gives us high hopes.

As with most Apple announcements, the 16-inch MacBook Pro can be ordered right now from Apple's own site, although it hasn't started appearing on online retailers like Amazon, yet. Direct orders will start arriving by the end of the month, from November 27th.

As you might expect, the Pro doesn't come cheap. It starts at $2,399 for the base model, and $2,799 for the more powerful version. That's before you start adding extras. If you really want to deck it out with the best specs on offer using Apple's customization options, you could be looking at a $6,000 laptop – the 8GB storage alone comes in at $2,200. However, we think most users will be more than impressed with the off-the-shelf MacBook Pro.