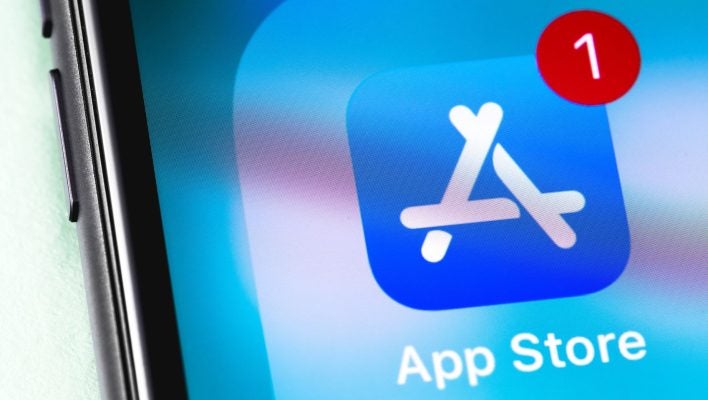 For the 2022 holidays, Apple is giving the gift of more ad slots in its App Store. According to a message sent to developers, new ad placements to help app developers promote their software will be arriving “this holiday season.”

That's good news for many developers whose apps are getting worse results since Apple introduced tougher App Store privacy policies in 2021.

But that also means that Apple is now solving a problem that it kinda created, while making a lot of money in the process — a fact that isn't going unnoticed among many critics of the company's data policies.

The full message to developers revealing the upcoming ad slots has been posted to Twitter, giving an insight into the upcoming change.

I’m unsure if a timeline for Apple’s new ad placements in the App Store had previously been announced, but it appears that they’ll be live for the “holiday season” pic.twitter.com/drcgIAYlTo

The new slots include a Hero placement in the Today tab as well as app recommendations on app pages. This is the first conformation that the ad slots are coming this year, though we did get an advance warning about them last month.

Despite a few rumors, there aren't any ads on iPhone lockscreens (yet, at least).

Up until now, developers just had two ad slots in the App Store: One in the Search tab and one inside the Search results page. With the new update, users will find ads on a few additional tabs in the app. If past performance is anything to go by, they'll drive a huge amount of customers to any apps that buy them.

So Why Are Critics Mad?

Granted, users don't tend to love ads. But in this case, the ads come after developers have faced a rough year, due in large part to Apple's 2021 privacy settings.

Termed App Tracking Transparency (ATT), these settings gave iPhone users the power to decline to share their unique ID with app developers, cutting the developers off from tracking the performance of their own ads. It's the same change that Meta recently claimed had lost Facebook over $10 billion.

The ATT was received well at the time, given that it offered up far more data transparency in our modern tech-dependant world. And given how many iPhone users opted not to share their data, it's clear that the choice to keep user data private was a popular one.

Now, though, some are arguing that Apple was playing the long game all along, and now stands to earn billions directly from app developers themselves.

I cheered when Apple blocked creepy ad tracking. I feel like an idiot now that it's become apparent that they were primarily doing this to reduce competition. https://t.co/Owkpe4N092

If profits are really the driving force behind Apple's last few years of championing data privacy and transparancy, the story is yet another brick in the wall of corporate control that has defined Silicon Valley tech giants ever since their rise to power.