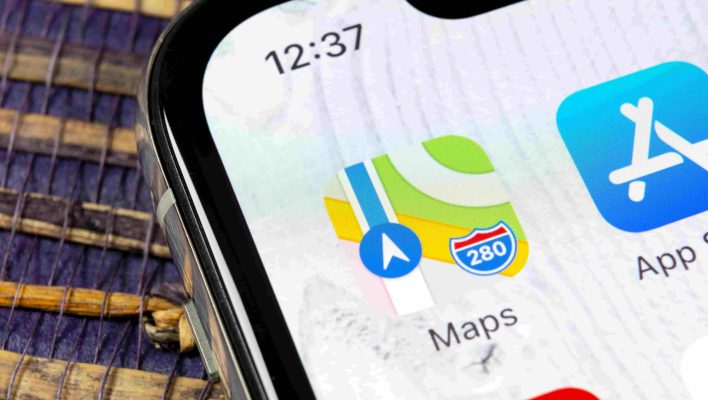 Apple has hinted that we may soon witness an advertising expansion in first-party apps, as the company looks for new ways to increase revenue.

This could be good news for retail and hospitality businesses with an online presence, as well as physical stores and restaurants, particularly in the context of advertising within Apple Maps.

Apple hopes the move will push its ad revenue from a modest $4 billion into the double digits, reports suggest.

Bloomberg reports that Apple is considering placing advertising inside Apple Maps. The move, which has already been tested internally, would bring the company in line with Google Maps, which already shows ads.

Other areas of the Appleverse reportedly set for an ad-based makeover include Podcasts and Books.

Apple’s current revenue from ads sits at around $4 billion, a tiny fraction of the company’s overall revenue, which totaled $387,542,000 over the past 12 months.

But reports suggest Apple is building a demand-side platform, a type of software that allows advertisers to buy advertising space in an automated fashion.

The news that Apple wants to expand advertising on its first-party apps (which are designed and rolled out by Apple themselves, rather than independent companies) shouldn’t come as a surprise.

There are already a significant number of first-party apps that contain ads, such as Apple News and Stocks, two of the company’s most widely used apps. Ads were first shown on these apps in September 2021, with Apple asking users whether they wanted personalized ads in line with their App Tracking Transparency policy.

Back in July of this year, the company announced plans to expand its own capacity for advertising on the App Store by creating more spaces where ads could be shown.

Before, there was an ad slot on the main search tab and one contained within search results, but Apple wants to also introduce advertisement slots to the “Today” homepage and a number of individual app pages too.

Independent developers can pay for this space and market their apps on specific pages that are served to users searching particularly terms.

Mark Gurman — who authored the Bloomberg report regarding Apple’s ad testing in Google Maps — suggests advertising in maps could work along the same lines, with bids for space related to specific search queries.

This is an interesting development for a number of reasons, and not just because it may affect the user experience on apps that millions of people use every day.

Apple has used significant amounts of resources on creating privacy features and developing an App Tracking Transparency policy, both of which have impaired third-party mobile apps from serving users personalized ads and forced many companies to rethink how they advertise via Apple.

At the same time, it’s continuously adding to its unmatched bank of near-infinite data on anyone that uses an Apple product — and realizing that it could monetize it better than it is already.

It’s too early to predict whether Apple’s move will have any ramifications in the context of the ongoing conversation around advertising, privacy, and anti-competition.

It could lead to companies shifting significant chunks of their advertising budgets towards Apple’s personalized ads and in turn increase their own revenues, for example.

Whatever the end product, Apple’s decisions in this context are likely to throw up more questions about Apple’s relationship with the myriad of businesses using its platforms and apps.

A Significant Opportunity for Businesses

Many businesses may be excited by the prospect of being able to advertise within Apple Maps. Tens of millions of people use the platform every day, and Google's internal data showed that 30% of all mobile searches are location related (although the last time they revealed a figure was 2016).

For the hospitality industry — and in particular, restaurants with an online presence — it could be game-changing, driving both traffic and customers to their sites and stores. But considering the sheer size of Apple, the effects of its advertising expansion will likely impact various elements of the global economy.