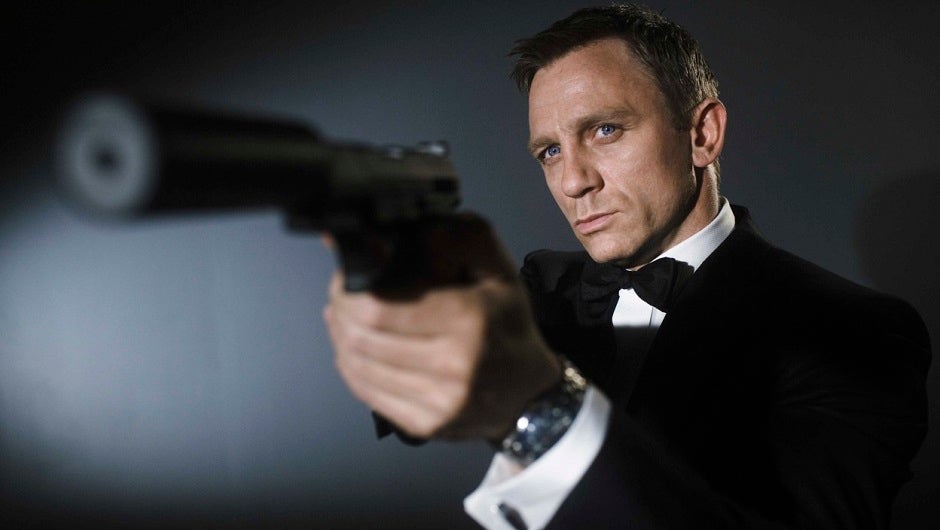 Silicon Valley is coming for Hollywood. First the tech companies propped up the dwindling industry with tech developments like 3D film, and then they started innovating new business models to take advantage of the industry, like the $10-a-month all-you-can-watch theater pass. Now they're looking to expand into making enormous blockbusters themselves. Netflix's first blockbuster film, Bright, comes out in December, and the only other two content companies who can go toe-to-toe with Netflix's budget, Amazon and Apple, are now out to nab Hollywood's best intellectual property: The James Bond franchise.

Sources tell the Hollywood Reporter that both tech giants are interested in the rights to the storied 007 film franchise. Here's what the magazine had to say about Apple's interest, along with a tentative valuation of the deal:

“Sources say newly arrived executives Zack Van Amburg and Jamie Erlicht are spearheading the effort on Apple’s behalf. Given their background (the pair served as co-presidents of Sony Pictures Television and shocked the industry when they announced in June that they were leaving for Apple), this would suggest that Apple is interested in cutting a larger rights deal or acquiring full ownership to exploit Bond’s largely unmined TV potential. Valuation of the franchise may be anywhere between $2 billion and $5 billion, says an insider,” the Hollywood Reporter writes.

It makes sense: Apple has a rough road ahead of it given that it's planning on getting into film and TV in a big way after staying out of content creating for years. It's success isn't ensured, so the smart move is to spend a ridiculous amount to get the rights to an IP with a proven staying power: Bond.

If the Bond rights wind up at Apple or Amazon, it's a chance to inject a little creativity into the franchise: Maybe we can finally get Idris Elba or Natalie Dormer as Bond. But no matter who gets the franchise rights, Hollywood should see the signs: They're officially an embattled industry. Once another industry starts causally bidding on the rights to the highest profile film franchise around, you're in trouble.

As Hollywood Reporter's Kim Masters noted about the news, “The Apple execs come from TV and the company has never distributed a movie, so this seems more like a signal to Hollywood than a real bid.”

Even if the James Bond franchise rights never wind up at Apple or Amazon, the message has been sent. Plus, we got this nice apple martini joke out of the news.