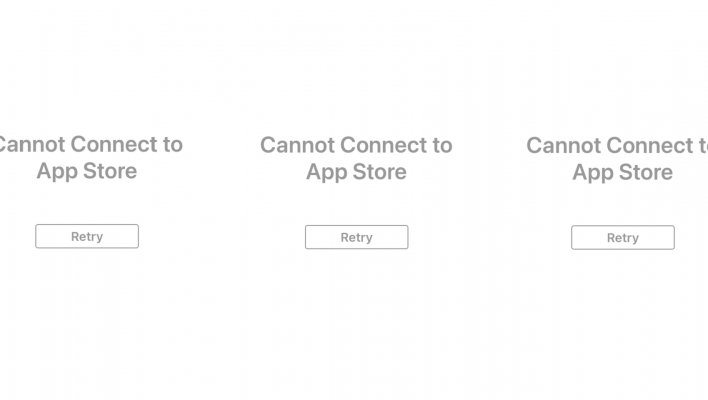 Apple isn't having a great Monday: A vast swath of the tech giant's services have gone dark with no warning. The cause remains unknown.

Affected services and apps include the App Store, iCloud, Siri, iMessage, Apple Maps, Apple TV+, and FaceTime, among many more.

Even if the outage gets resolved soon, it's a major incident that just reminded the one billion people using Apple devices worldwide just how dependent they are on the tech provider.

Some of the other Apple services that are suffering outages include Apple Music, Apple Podcasts, Apple Arcade, Business Manager, School Manager, the Device Enrollment Program, Schoolwork, Radio, Fitness+, Notes, and Stocks. Apple's “Find My” service is also on the fritz.

In addition, Bloomberg‘s Mark Gurman reports that “corporate and retail internal systems” are also down at Apple.

In our deeply interconnected modern world, a major service provider like Apple going down will always have a large impact. Sure, everyone watching Apple TV will be only slightly inconvenienced when their show stops halfway through, but what about someone depending on Apple Maps while driving somewhere?

That's not a hypothetical, either. At least one person took to Twitter to confess that they're now completely lost:

I’m lost as Fck. Literally, in the middle of some where going some place.

Interestingly, Apple isn't the only major service experiencing disruptions right now, even if it is definitely the worst off — according to DownDetector.com, companies like PayPal, AT&T, and Verizon all experienced a major spike in issues at about the same time.

If previous instances of outages at major companies can tell us what to expect, Apple will likely right the ship in the coming hours.

Until then, you'll have to unplug at least a little from Apple. We've previously covered how small businesses can handle social platform outages — Now, we have to add an addendum: If Apple's down, don't drive anywhere with Apple Maps as your guide.