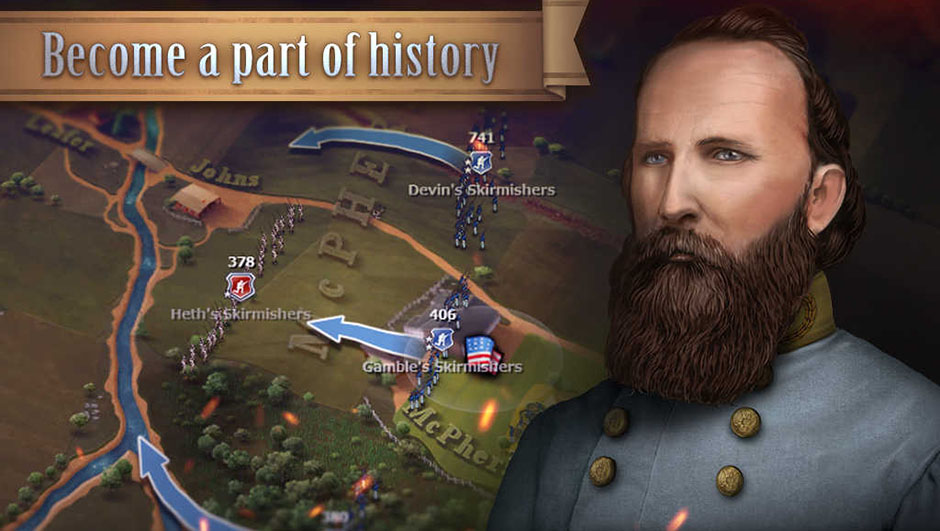 Apple has just joined the list of major companies that have banned the sale of Confederate flag merchandise as a result of the racially-motivated shooting deaths that took place in a historically-black church in Charleston, SC a couple weeks ago. According to Ars Technica, Apple is apparently removing and banning games on iTunes that feature the flag's image in the iOS App Store, primarily those games framed within the context of the Civil War.

My thoughts are with the victim's families in SC.Let us honor their lives by eradicating racism & removing the symbols & words that feed it.

As initially reported by Touch Arcade, Apple developers of games like Ultimate General: Gettysburg and all of Hunted Cow's Civil War games are being told that such apps fall out of line when framed within the greater context of what's going on in recent events. At the time of writing, Apple has pulled everything from the App Store that features the Confederate flag, and the reasons the company is giving developers is “…because it includes images of the confederate flag used in offensive and mean-spirited ways.” However, some people, like HexWar developer Andrew Mulholland, insist that “We're in no way sympathetic to the use of the flag in an offensive way, we used it purely because historically that was the flag that was used at the time.”

This decision by Apple to ban Confederate flag products follows similar decisions made by companies such as Amazon, Walmart, eBay, Sears, and others. As The Guardian writes, though, Apple's decision to ban the Confederate flag from the App Store is inconsistent with how it handles other offensive content, such as the Nazi flag. Regardless, Apple has sent a powerful message, especially considering that the South Carolina state Capitol still has yet to remove the Confederate flag.