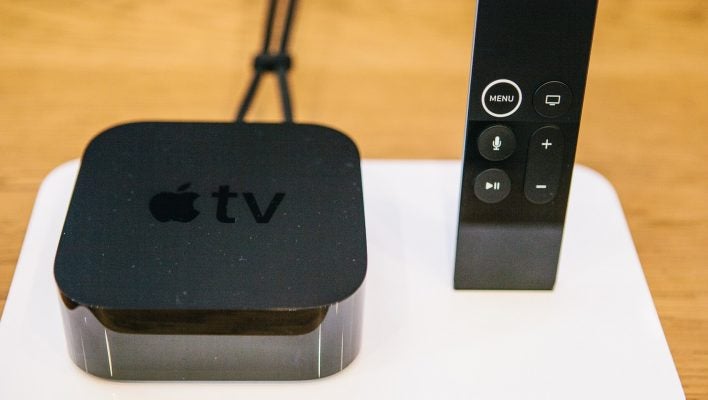 Apple may finally be getting into the smart home device market in a serious way, with two new devices reportedly in the works.

A new report claims that the tech giant is developing an Apple TV with an integrated HomePod speaker and a Facetime-capable video camera for video calls from your living room.

Other smart home features from the same device include typical Apple functionality — Playing video and music, gaming, and the Siri voice assistant.

Apple is also working on a smart display. It would combine functionality from an iPad and a HomePod both. Most interestingly, the company has even “explored” adding a robotic arm connecting the iPad screen to the speaker itself, so the screen can be moved to follow a user as they move around the room.

All the reports on both devices come from Bloomberg, which cited “people familiar with the matter, who asked not to be identified discussing internal matters.”

Their article also pointed out that Apple had already merged the HomePod and Apple TV engineering groups back in 2020, an indication that a pivot towards smart device integration has been in the pipe for a while.

If the new Apple TV set-top box or the screen-equipped speaker make it to retail shelves, it'll be a major step towards smart home tech for Apple. The company hasn't released a new Apple TV device since the fifth gen model in 2017.

The tech company has moved slowly on smart home devices up until now, previously claiming that they already had the iPad, and didn't need to further integrate their services:

(This isn't meant to cast any aspersions on @markgurman's reporting, btw — I mean simply to underscore the suggestion that Apple massively flubbed its smart home strategy!)

We don't know how much either device will cost, and it's hard to picture Apple pulling the same low pricing that Amazon did for its $99 third-gen Echo. A lot of people would love a combination Apple TV/HomePod with video conferencing functionality, but a lot fewer would be willing to pay more than a few hundred for it.

Still, getting into smart home devices makes a lot of sense for the company.

Apple's interest in media subscription services has been growing in recent years, from its not amazing but steadily improving Apple TV+ video streaming service to its more impressive Apple Fitness+ workout service. By debuting a smart home device, it can make that raft of subscription services easily accessible in the home.

And thanks to the coronavirus pandemic, people are very familiar with the concept of staying at home.