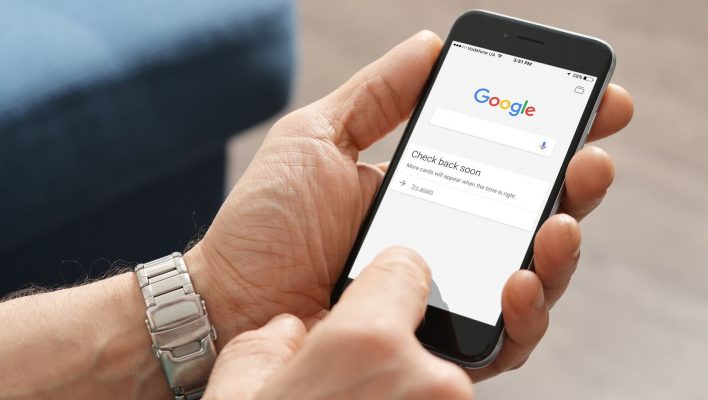 Reports have surfaced this week that Apple might be building its own search engine, native to iOS devices, in an effort to challenge Google’s search dominance.

An early version of the search engine is already available in the latest iPhone operating system, iOS 14. The search function pops up for everyone who swipes right from their iPhone’s home screen, letting them search the internet as well as their phone’s app library.

But this is only the start. Citing “several people in the industry,” the Financial Times has reported that this existing search function “adds to growing evidence” that Apple is building a full-fledged Google rival. FT’s evidence includes the hire two-and-a-half years ago of John Giannandrea, previously Google’s head of search.

The staff at Tech.co put their heads together — metaphorically, that is, as we’re all working from home and across two continents, to boot — for our initial reactions to this news.

Adam Rowe, Tech.co Writer: “There’s nothing coincidental about the timing”

Much of the news about Apple Search is still unclear. We don’t even know if it’ll be a search engine under its own domain or if it will remain a mere iOS function – though the latter seems more likely.

It’s difficult to picture a search engine that can beat Google. But maybe that’s just because its current competitors, like Bing or Yahoo, tend to come up in conversations only when people are looking for a metaphor for failures. Have Gen Z’rs even heard of Ask Jeeves? They’d have to Google it.

Have Gen Z’rs even heard of Ask Jeeves? They’d have to Google it.

One detail that I can’t imagine being a coincidence: the news of Apple’s search function is arriving just a week and a half after the US Department of Justice launched its antitrust suit against Google arguing that it was gatekeeping the internet and boxing out competitors. Google has paid Apple a jaw-dropping amount between $8 billion to $12 billion for a multi-year deal that made Google the default search option on Apple devices. Pivoting to its own search engine could help keep antitrust regulators off of Apple’s back. (And the first step, perhaps, could be getting a Financial Times article to point that out.)

How to compete with a giant like Google? Let their own bad press do the groundwork for you.

Google has been increasingly under the spotlight for the inconceivable amount of data it has monetized in its path to global dominance. Apple, meanwhile, has avoided the worst of this bad press as it’s moved towards “privacy by design.”

Ultimately, Apple wants billions of future Siri voice commands to prompt an Apple search, not a Google one.

With a search tool to call its own, Apple may be betting big that users will pay that famous Apple premium for privacy reassurance over how their data is used. Google, meanwhile, can rely on the spread of cheaper Android handsets, powered by a world-leading, data-hungry search engine.

The real battle will begin when voice search becomes the norm, rather than the still-in-its-infancy present. Ultimately, Apple wants billions of future Siri voice commands to prompt an Apple search, not a Google one. If users can be reassured they’ll get fast, accurate search results without compromising their data, then Apple has a chance to keep consumer trust for a generation to come.

There's a reason you don't “Yahoo! it” or “Bing it.” These search engines just don't offer the same quality and ease of use. Creating and maintaining a search engine is a mammoth task. Decoding users’ search queries alone is a challenge, between vague terms, media, typos, synonyms, and endless contextual factors including location, culture and current affairs. This information then has to be located, sorted, and presented in a fashion the user finds both accurate and convenient, within mere seconds.

Google’s search algorithm is so advanced, Google’s own execs wouldn’t even be able to fully explain it

Google has the most data to work with, and has been using that data to its advantage for years, refining and refining its search product to offer users the most relevant result for their query. If Apple isn't keen on collecting user data, how will they create a product that can realistically compete? It’s going to be like Apple Maps all over again…without the comeback.

Google’s search algorithm is so advanced, Google’s own execs wouldn’t even be able to tell you all the factors used to identify and provide the most relevant information. Since 2015, it has been based on a machine learning algorithm called rankbrain. But, even with all that processing power, Google has produced drastically wrong results in the past. How can Apple possibly compete, let alone improve on what Google has done?

Perhaps Apple just needs to be close enough. Some 63% of Google’s search engine visits in the US are made on mobile devices, and more than half of US smartphone users own an iPhone. If it’s good enough, these users may not resist the switch, when Apple makes its own search engine the default choice. That could be nearly a third of the search market in one fell swoop.

Apple is a hardware company. In the US, the company has established itself as the go-to smartphone manufacturer. Its iPads and MacBooks have become standard in schools, breeding a new generation that loves the Apple ecosystem. Why can’t Apple just be happy with that?

Software has never been Apple’s strong suit. Safari doesn’t even come close to Google Chrome, and Apple Games has as much a chance of revolutionizing the gaming industry as an actual frog crossing the street.

And those are just Apple’s software attempts that weren’t a disaster. If Apple’s search engine has even half the problems that Apple Maps had at launch, the chances of anyone being happier with it than Google’s search engine are close to none.

Fortunately for Apple, plenty of iPhone users will use whatever the company puts in front of them without objection or criticism because, “hey, at least it's on an iPhone.”

It's no surprise to see Apple wants to muscle its way into the search market – Google’s biggest money spinner is predicted to net it a cool $40 billion dollars from ads in 2020 alone. While few have the resources to topple the big G, Apple just have deep enough pockets to have a go.

That's assuming it can make a good first impression. Sure, Apple has a captive audience, and it can deliver the experience directly to Apple devices. But, ultimately, the search function itself still has to be better than Google’s.

Ultimately, the search function itself still has to be better than Google’s.

It could go either way. Apple search could prove to be its next iPhone moment. Conversely, it could also follow Apple Maps, a disaster from launch that has never shaken off its initial reputation for being, frankly, trash compared to what Google was already doing.

Or it could fall somewhere in the middle, which is just as much of a failure when Google currently owns 92% share of internet searches. You've only got to look at the second most ‘successful' search engine, Microsoft's Bing, to see that. With under 3% market share, it’s still regarded as a punchline.

Apple has the expertise, resources and sheer brand clout to make a successful search engine. But, if it can't make a good first impression, it'll be dead in the water.