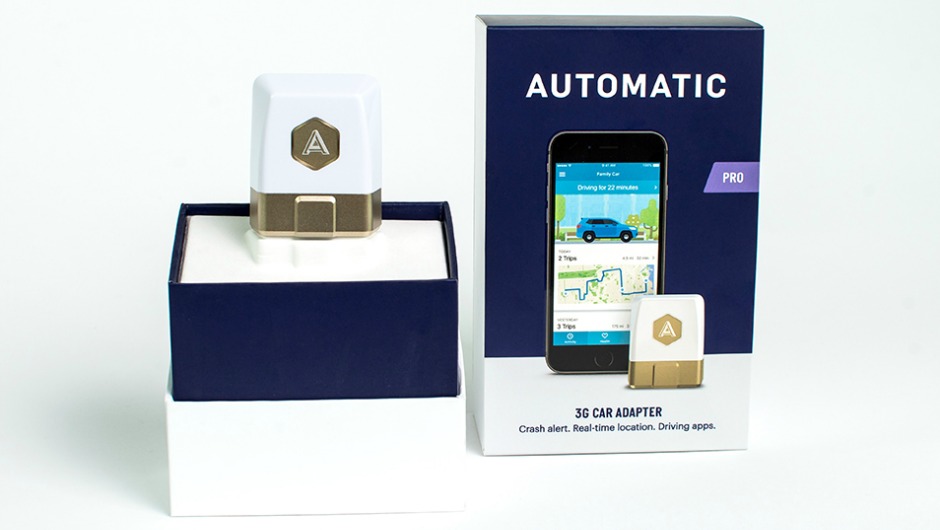 Today, San Francisco based Automatic is unveiling the next generation of their product, Automatic Pro. Their newest offering will include built-in 3G connectivity, with no subscription cost, to keep people always connected to their cars. Prior to the hardware refresh, users would connect to Automatic through their smartphone using Bluetooth.

Parents can now rest easy, even avoid buying their kids a smartphone, as the new device will further allow them to keep an eye on their children. For on-demand economy workers using their cars for work, Automatic will make it even easier to get real-time data and track business expenses. At the base of the hardware refresh, users get to tap directly into the health of their car with Automatic can move the industry forward with fresh data.

With the release of Automatic Pro, users will now be able to always track where their vehicle is, gain important insights and data, and communicate for you in case of an emergency. The company is also rolling out a new iOS and Android app experience to correlate with the new features and always-on connectivity.

“We’re excited to be using the power of cellular connectivity to build upon the offerings of the second generation adapter and combine a beautiful, scalable UI with an extensive range of features that will help consumers the most,” said Automatic Co-Founder Ljuba Miljkovic.

Among the new features included are real-time location tracking, improved crash alerts, expanded integrations with platforms like IFTTT, and the ability to identify the health of a car. Through the Automatic App Gallery, users will be able to integrate their commute time with devices like Echo or Nest to adjust the temperature of their home or track business mileage.

Replacing the second generation Automatic, Automatic Pro is now available for $130 with no recurring data fees (competing offering Hum is $10 per month). According to Automatic current users should still expect to receive support and updates to their existing hardware.

To date, the company has raised $25 million across 3 venture rounds and 13 investors.

In a world where continuous, real-time data is becoming not just the norm but a necessity, Automatic’s 3G connected devices will allow them to provide even more insights. From city planners adjusting the flow of traffic through commuters trying to figuring out which day they should work remotely, Automatics data set will vastly improve with daily updates. Their investment is reminiscent of how Waze works, using crowdsourced data to create better decisions for insurance companies to automobile manufactures and everything in between.

From Automatic’s existing data set, they found the following highlights:

Stay tuned for our full review of the second generation Automatic coming next week.