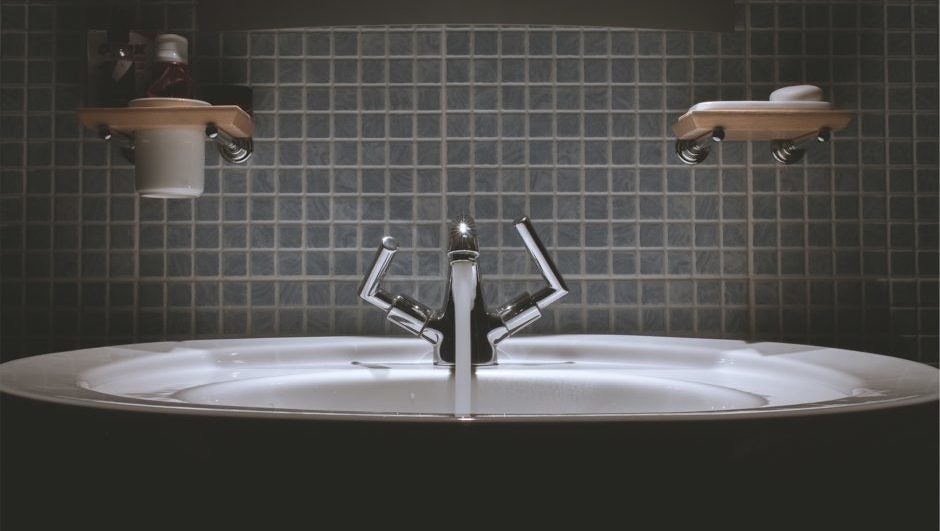 We all do it. Every single one of us has brought our phones into the bathroom with us to kill some time. The smartphone has become the magazine of the modern age and everyone seems to be on board. And while some people have claimed it's as unsanitary as licking the inside of your toilet bowl, the masses have deemed bathroom smartphone use a necessity in the world we live. So if you feel like you're the only one, take solace from a recent survey from MiMedia that had some shocking numbers when it came to this phenomenon.

First of all, according to the survey, 69 percent of people surveyed admit to using their smartphone in the bathroom. While I'm not one to question scientific studies, that seems a bit low. Perhaps they've read the studies and know that the amount of bacteria living on your phone after bringing it into is similar to dunking it in a vat of toxic waste. Regardless, 69 percent is still quite a large number.

As far as what you are doing on the toilet when you use your phone, the survey showed that, unsurprisingly, more than half (59 percent) of users perused various social media websites when parked on the pot. In addition to that, 32 percent admitted to shopping online and 8 percent divulged that they actually check up on their online dating profiles. That's kind of gross, right?

More importantly, 42 percent of users say they go to the bathroom exclusively to use their smartphones, which is by far the most insane thing I have read in my entire life. Unless they're talking about using fake bathroom breaks at work, then I totally understand. I also understand that 74 percent of smartphone users are extending their bathroom stay to peruse the web in all its glory. Because who can scroll through a Facebook newsfeed in under a minute?

What I don't understand is how only 69 percent of people can use their smartphone in the bathroom! That is way too low! I'm sorry I can't move on from this but seriously, only 69 percent? Are the other 31 percent reading magazines, playing Solitaire or just wasting time? Get on it, 31 percenters! You aren't getting those bathroom minutes back so you might as well use them for something enjoyable.