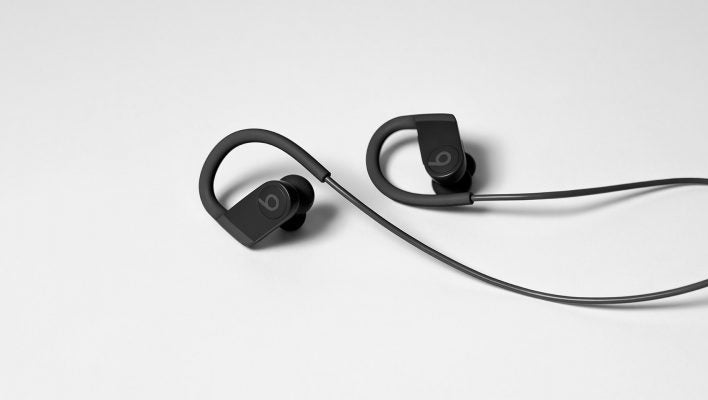 Beats has announced a new version of its Powerbeats in-ear headphones.

The Powerbeats 4, which have been constantly been leaked in recent months, are set to cost $149 have offer a pretty impressive 15 hours of battery life. As ever with Beats headphones, these are designed to only work with iPhones — they even charge using a Lightning cable.

Should you buy the Powerbeats 4 or a pair of AirPods? And, will you even be able to buy them given there's a global pandemic happening at the moment?

Beats Powerbeats 4: Everything you need to know

The Powerbeats 4 are the successor to (you guessed it) the Powerbeats 3. The big innovation here is a new processor and a new cable design — it comes out from the back of the ear clips now for a less intrusive fit. 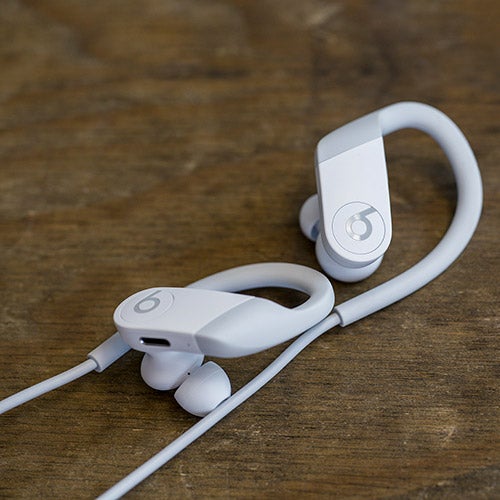 They uses Apple's H1 headphone chip — the same as the AirPods and AirPods Pro — which will give these new Powerbeats some improved voice commands and extended Bluetooth range.

The Powerbeats 4 get a claimed 15 hours of battery life, which is seriously impressive for headphones of this size. However, there's no charging case, and you'll have to connect them to socket via a Lightning cable.

The Powerbeats 4 are also IPX4 certified, meaning they're sweat and water resistant so you shouldn't be fretting about taking them on a jog in the rain.

They'll cost $149.95 when they go on sale on March 18. The Powerbeats 4 will also be available in three fetching colors: White, black, and red.

Of course, the Powerbeats biggest rival comes from within its own company — Apple's AirPods are probably the most popular and recognisable wireless headphones in the world, but have some drawbacks.

The standard AirPods cost $159, just a single dollar more than the Powerbeats but look to be beaten on most fronts.

The AirPods get five hours of battery life on a single charge, while the new Powerbeats get three times that. Of course, the AirPods come with the charging case which will give you more than 24 hours of listening time all told.

The AirPods and the Powerbeats 4 use the same processor chip, so they should have the same level of functionality when it comes to voice and gesture commands.

What's more, the Powerbeats have adjustable eartips for a better fit and have straps which run behind the ear for more secure placement while the AirPods simply hang there. This should make the Powerbeats a much better bet for working out with.

There is, of course, the matter of sound quality. We haven't spent time with the new Powerbeats yet, so can't directly compare them to the AirPods but we know this much, Beats headphones are almost always too bass-heavy. This means that the AirPods, which sound better than you'd imagine, might be able to get one over their cheaper, less fancy cousins.

Will COVID-19 Impact the Production of the Powerbeats?

At the moment, it's difficult to be certain about the impact of the coronavirus pandemic on these headphones. However, with most companies issuing investor guidance on the potential impact on both production and sales of their products, it's probably safe to assume that the Powebeats will be subject to at least some level of delay in arriving.

As it stands, the headphones are to be released on March 18, and the company may very well start sending out orders straight away – product boxes have already been spotted in some stores, ahead of the announcement. However, there may be delays in shipping them, which will affect customers down the line.

As a result, we'd recommend holding fire on the Powerbeats 4, at least until we have a bit more information on potential issues.