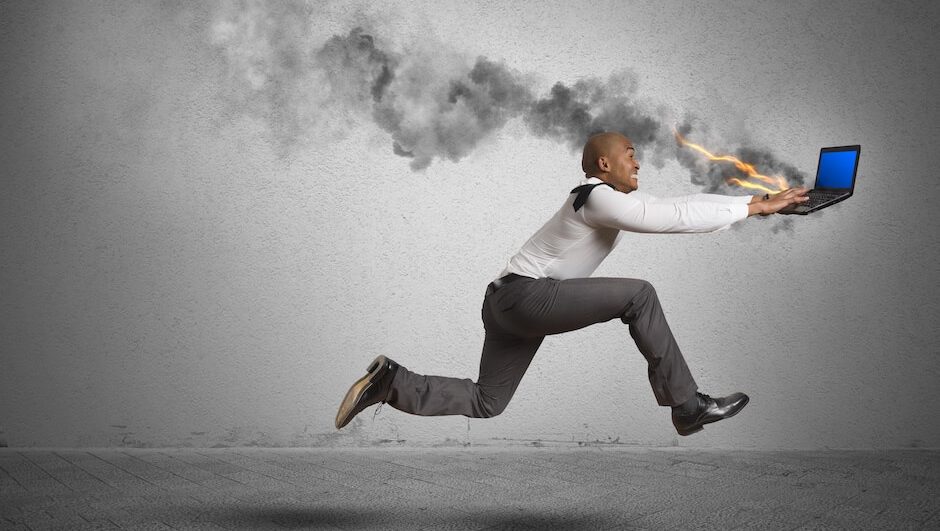 The internet was a great idea initially. However in recent years, privacy concerns, data misuse, and more trolls than the underside of a fairy tale bridge have turned the world's digital community into a bit of a mess. Luckily, there are plenty of people out there trying to come up with big ideas on how to fix it.

Considering the integral role the internet plays in everyday life, it's easy to forget how much it's evolved in the last three decades. Whether your first experience with the connected world was slow loading pictures, poorly designed search engines, or AOL Instant Messenger, the internet has undeniably gotten a lot faster, prettier, and devoid of AOL Instant Messenger.

Unfortunately, with that evolution comes some pretty serious growing pains. Social media has created a movement of validation-hungry users, shady data practices have opened up pretty much every person on the planet to potential identity theft, and the tech companies in charge of it all are too busy trading caches of personal data like trading cards to do anything about it.

To make matters worse, there's no easy quick and easy solution. Fortunately, there are some experts out there putting all their mental resources into coming up with a big idea that can fix the internet. Take a look at some of the best: 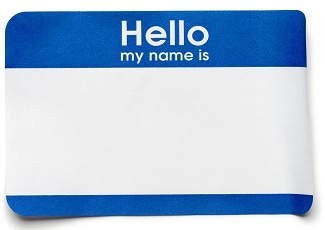 Many believe that the worst facilitator of the problems with the internet is anonymity. While little blue check marks have done all they can to verify people's identities online, there are still plenty of trolls capable of remaining in the shadows in order to reek a bit of havoc online. Additionally, personal data breaches have made it dangerous to put any information on the web, causing users to fear more than enjoy some of the internet's most convenient functions.

So how do you fix the anonymity problem while still promoting engagement online? Real name policies have been a popular option to solve this problem, and one country even gave it a try. In 2007, South Korea introduced the internet real-name registration system, which required users of any website with more than 100,00 visitors per day to verify their identity by providing their resident registration number when commenting or otherwise engaging with that website. Unfortunately, this big idea for fixing the internet was a total failure.

In addition to providing little alleviation from cyber bullying and aggressive commenting, the real name policy was more of an annoying obstacle to anonymity than a true barrier. Users simply set websites like YouTube to “worldwide,” so as to avoid the block. Plus, with all this real personal information online, cyber criminals have all the data they need to easily steal someone's identity. And when you consider the ideological ramifications, it didn't get any better.

“Expressions under anonymity or pseudonym allow [people] to voice criticism on majority opinion without giving into external pressure,” said the court that unanimously voted to reject the laws. “Even if there is a side effect to online anonymity, it should be strongly protected for its constitutional value.”

So, maybe a real name policy isn't the answer, at least not until they can iron out all the notable bugs. But hey, if South Korea, the home to some of the most reputable tech companies in the world can't do it, we might have to take a rain check on addressing the anonymity problem.

Let's start off with an easy one. As the harbinger of social media insanity, Facebook is often considered by many to be the catalyst of some of the internet's more dire problems, including WhatsApp cofounder Brian Acton. From malicious trolls to shady data practices, Mark Zuckerberg's creation has corrupted the community aspect of the internet into an aggressive, vain, self-obsessed wasteland. And if we want to fix the internet, we're going to have to do it without Facebook, or at least with a very different version of it.

“[Facebook] should no longer have the sort of central dominance [it has now]. You know, it could be more like an old amusement park that people know exists and some people visit. It's kind of crumbling, but it'll still be around. I think that we need real alternatives to Facebook that are built on very different principles from the outset,” said Tim Wu, professor of law at Columbia University on the Why Is This Happening? podcast.

While it would be nice to blame the countless flaws of the internet on Facebook, it's worth pointing out that the incredibly popular social media platform isn't inherently at fault. The convoluted ideology that is built into apps like Instagram, Twitter, and Facebook is the core issue and fixing the internet needs to start with addressing that.

“I think it comes with a rebuilding of some of the core institutions with a different set of ethics and principles that tries to sort of understand where we went wrong and do better,” said Wu.

The reality is that fixing the internet via social media takes more than a few new muting features and a good attitude. It's hard to deny that we rushed into this whole social media thing a little too fast, which means we now need to make dramatic changes to get back on the right path.

The Contract for the Web

On the 30th anniversary of the World Wide Web, its creator, Tim Berners-Lee published an open letter to users about the state of the internet. He reveled in how the internet has changed the world and, more importantly, how we can build a better web in the future.

His critiques of the current internet boiled down to three factors. First, the prominence of deliberate, malicious intent found on the internet through online harassment and cyber crime. Secondly, the internet is now built on a system design that creates perverse incentives, rewarding clickbait and misinformation. And lastly, other unintended negative consequences, like the notably polarized state of discourse online, are making life infinitely harder online. Luckily, Berners-Lee's solutions, while a bit vague, are pretty straightforward.

“While the first category is impossible to eradicate completely, we can create both laws and code to minimize this behaviour, just as we have always done offline,” said Berners-Lee in his open letter. “The second category requires us to redesign systems in a way that change incentives. And the final category calls for research to understand existing systems and model possible new ones or tweak those we already have.”

Through this Contract for the Web, Berners-Lee believes we can at least develop a framework for how to more specifically solve the problems of the internet. Because, as he points out, there is no one thing you can do to make things better. You have to address the problems on a grander scale.

“You can’t just blame one government, one social network or the human spirit. Simplistic narratives risk exhausting our energy as we chase the symptoms of these problems instead of focusing on their root causes. To get this right, we will need to come together as a global web community.”

Whether you're an expert on the inner workings of the tech community or you've seen that one season of HBO's Silicon Valley, the idea of a decentralized internet has been around for a while. The problem is that with big tech companies owning the servers that facilitate your internet connection now (and making a bunch of money on it), getting the idea off the ground is no easy feat. However, if they can make it happen, it could seriously fix some of the more pressing internet problems.

“Imagine a world where every citizen owns and controls their own place on the internet,” says Aral Balkan, a digital activity and developer at In.die to Wired. “This is a space where both your public and your private information is kept. The private stuff is end-to-end encrypted, so only you have access to it, and the public stuff is there so that you can share your thoughts and views.

“People can reach you at this always-on node, using a domain name. These connections are peer-to-peer. If we want to talk, we can use our always-on nodes to find each other and then, if I want to send a message or a photo to you, it goes directly from my phone to yours because we have already found each other. So this is the topology that I would see as the exact opposite of what we have today, which is a man-in-the-middle web topology of everything that has to go through Facebook or Google.”

A decentralized internet would solve a lot of issues online. Security would be easier, connecting with family and friends would be seamless, and it would be a whole lot cheaper. Luckily, a lot of great minds, including Tim Berners-Lee, are trying to make it happen, so keep your fingers crossed!

Last week, Elizabeth Warren announced her plan to break up big tech companies and reclassify them in order to alleviate some of problems caused by their decidedly unchecked power. Unlike most presidential hopefuls, Warren actually outlined a specific plan that would actively solve the big tech monopoly problem in two simple steps.

First, Warren wants to pass legislation that “requires large tech platforms to be designated as ‘Platform Utilities’ and broken apart from any participant on that platform.” This would prevent these large tech companies from having control over the products they sell and the platform by which other consumers use to find those products. Secondly, Warren plans to “appoint regulators committed to reversing illegal and anti-competitive tech mergers,” investigating the seemingly competition-squelching mergers, like Amazon and Whole Foods or Facebook of Instagram, that have become so common in the tech world today.

So why does Elizabeth Warren think that tech companies need to be broken up to fix the internet? Well, her reasoning is pretty hard to argue with.

“Today’s big tech companies have too much power — too much power over our economy, our society, and our democracy. They’ve bulldozed competition, used our private information for profit, and tilted the playing field against everyone else. And in the process, they have hurt small businesses and stifled innovation.”

In the same vein as a decentralized internet, breaking up tech companies would give them a lot less power when it comes to how the web functions. With all the monetary incentives in the world at their disposal, these tech companies have prioritized profits over societal good for too long, and a little friendly competition could do wonders for transforming the internet as we know it.

While there's no simple quick solution to tame the internet, there are options out there. All of them though are pretty groundbreaking, and if we're to commit to making the internet a better place, it won't just be the tech companies that will need to change their perspectives – users will have to embrace the new internet epoch, too.