HTC has announced a big update to its Exodus One blockchain phone, designed to help keep your cryptocurrency secure. The update allows regular consumers to buy the phone for the first time with real money, rather than BitCoin or Ethereum.

However, there’s a more interesting side to this recent update: HTC has given the Exodus One a raft of new features that prepares it for the next generation of the internet — Web 3.0.

We spoke to HTC’s Chief Decentralized Officer, Phil Chen to find out more about the Exodus One, cryptocurrency and why Web 3.0 is going to be very different to the internet we know and (sometimes) love today.

Some people might be surprised to learn that the internet is not a finished article. It’s a living, changing and growing beast, with developers, companies and people shaping the way it looks and functions regularly.

To fully understand Web 3.0, we need to understand Web 1.0 and Web 2.0. Back in the 80s and early 90s, the internet consisted of walls of text. These were known bulletin board systems. If you’re not sure what they were, ask your parents. This clunky, almost impenetrable system was replaced with what became known as Web 1.0. This brought more individual small sites which, although static, were easier to understand and featured images. When you think about the Dot Com Bubble, this was what the web looked like. Web 2.0 followed, and brought social media and improved features to make the web as fancy, feature-packed and interactive as it is today.

However, these new features had downsides. The internet became more centralized than ever, with most users navigating the web through Google searches in browsers that run on the same basic code as Chrome, Google’s browser. What’s more, companies started offering services for free in return for enormous amounts of user data. Web 3.0, on the other hand, looks set to change that:

“There’s a very fundamental difference [between Web 2.0 and Web 3.0]” Chen explains, “and it’s all built around the idea of what the consumer holds. In the Web 2.0 paradigm, the user doesn’t own their own data, their digital identity.” 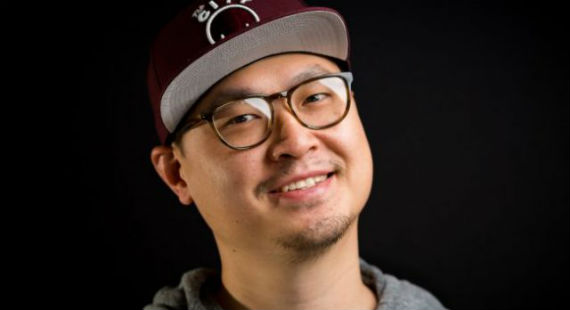 “Web 3.0 tries to flip that on its head. I think it’s trying to give people that digital identity, helping them own their data.”

According to Chen, we won’t notice a day when the internet swaps over from Web 2.0 to 3.0. Instead, the changes will be more incremental: “it won’t look that much different, the experience will be similar.”

Instead, we’ll start noticing small changes in the way we use the internet. One of the big changes is that rather than using an account with a big internet company to sign in with services, we’ll be able to sign in with private keys that are unique and belong to specific individuals:

“Opera, for example… [has] a decentralized app store, and when you log into these decentralized apps, you’re using your private keys to log in. That interaction is the same [as it is now] but it’s fundamentally different — instead of servers authenticating you, as a client, you’re a client owning your own digital identity and starting to authenticate servers.”

The path to Web 3.0 is unlikely to be smooth. The “big, giant, monolithic data companies”, that currently sweep up customer data in return for access to services for free, are likely to push back on attempts to change the web. That might be one of the reasons why HTC, which lost a large chunk of staff when Google acquired part of its mobile division in a January 2018 deal worth $1.1 billion, is partnering with Opera to release the Exodus One to the public.

Opera is a well-regarded – but underused – browser, with plenty to gain by being first to the key features for Web 3.0. Opera has already been an innovator as a privacy-first browser, building in a free VPN, for example.

Another problem that could hamper Web 3.0’s introduction is that, according to Chen, most consumers aren’t as data-savvy as they need to be. Plus, there’s little alignment around the world about how consumers see their data:

“Europeans are ahead of the game here with GDPR, and they’re so much more sensitive about people’s privacy.
“I think in the West and in China — and this is more of a general sort of statement about artificial intelligence [than data] — I think it’s interesting that now, with machine learning and AI the users, researchers and developers don’t really understand how these AI agents make decisions. And what’s fascinating is what steps do you take? Do you prioritise efficiency or explainability? I think that both in China and the West they’ve taken the stance that they want to be more efficient and more accurate: ‘I’d rather have 95% accuracy of diagnosing whether you have cancer or not, and I can’t explain how they came to that position’ versus, I think the Europeans are saying, ‘No, I’d rather have 85% accuracy or lower accuracy, but I can explain how the AIs are getting to this decision.”

Chen quickly makes clear, though, that this is not the world of crypto-enthusiasts and techies sneering at everyday folk. Instead, it’s simply about perception — it’s incredibly difficult for anyone to understand exactly what information they give away to companies on a daily basis:

“We [HTC] did an experiment, and we particularly found people that said they didn’t care about any of these services gathering [their] location data… we got them in and then we visually showed them all their location data, on the map, and it’s very clear to see where you live, where you go to work, where did you go after work before you went home, where did you stop for coffee, where did you go pick up your kids? It was very easy to understand more visually, and it’s very interesting, one hundred percent of those people — the people who didn’t care about location data — now care about location data and turn off their GPS. Now that was a small sample size, but I thoroughly believe that if we did that with every person in the whole world, they would all turn off their GPS.”

But Why Do We Need a New Internet?

Web 3.0 is crucial, according to Chen because, at the moment, Web 2.0 gives regular users precious little control over our data.

Web 3.0, on the other hand, will keep the data created by regular web users under their control, rather than it being transferred to any company whose services we use. This means that we will get a true idea of what digital property is, and this new digital property will, according to Chen, be as transformative for our world as real estate property and intellectual property.

By understanding and controlling our digital property, users will finally be in control of their actions online. Then, by using more decentralized services, such as Opera’s decentralized app store and cryptocurrencies, we’ll be able to move away from an internet dominated by companies that gather, organize and sell information about us for profit.

It’s still very early days for Web 3.0. In fact, it’s tricky to say that much of a start has been made beyond the Exodus One.

However, this new update, and the ability to buy the phone with regular money rather than solely with cryptocurrency, means that more people will be able to get a head-start on the next generation of the internet.

The HTC Exodus One will go on sale in March for $699, or is available to buy in BitCoin, Ethereum or LiteCoin.

Read more about the internet, privacy and phones on Tech.co