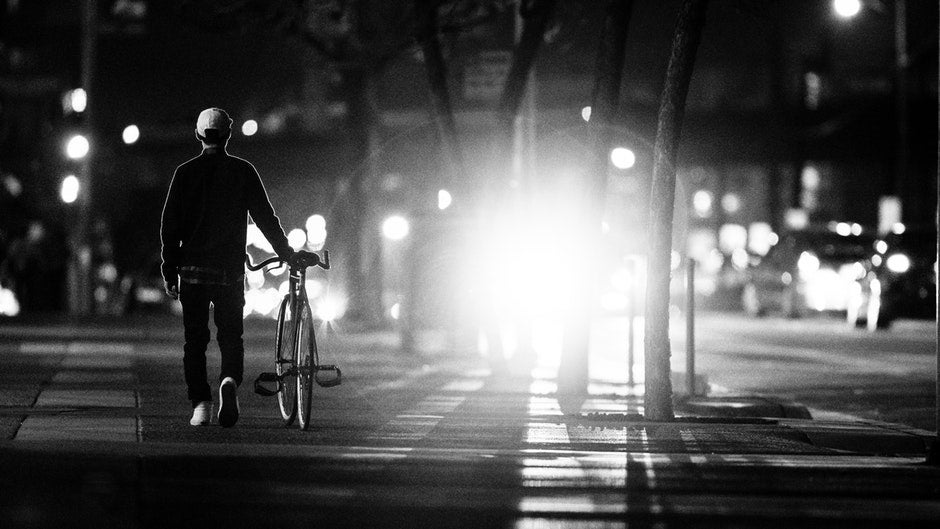 Bike sharers have taken over 88 million rides in the U.S. since 2010. Last year alone, they took 28 million rides, which is more than the number of people who visited Walt Disney World that year. When you beat Disney World, you know you have something special.

For those not in the know, the term “bike share” refers to a program, typically located in a major city, that allows citizens to pick up a free bike, ride it to their destination, and drop it off for the next person in need of fast transport. While the bikes usually need to be picked up and dropped off at select self-serve bike-stations, a new type of bike share program that relies on smartbikes allows users to drop their bike off anywhere once they're done.

So what's in the future for bike share, and why are the programs taking off now?

One data-driven chart from the National Association of City Transportation Officials reveals the astounding growth that the bike share market has seen over the past six years. 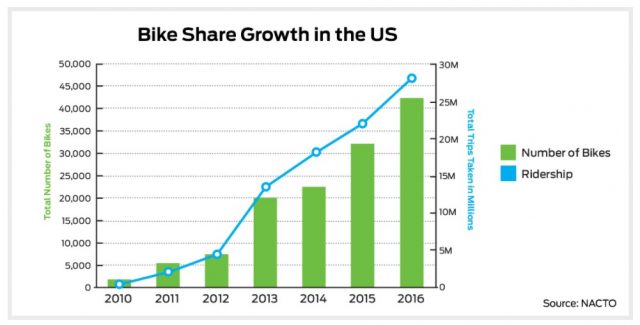 The notable data point here: 25 percent more trips were taken in 2016 than in the previous year, indicating that the growth is still trending up. What's in the future for bike sharing? Even more increases, according to the Association.

“The growth of bike share shows no signs of stopping,” NACTO writes, “A number of U.S. cities, such as Detroit, New Haven, and New Orleans, have either selected vendors or are planning to launch systems, and many existing systems are also rolling out major expansions: New York’s Citi Bike is adding another 2,000 bikes, for a total of 12,000; Houston is more than tripling in size to over 100 stations; and the San Francisco Bay Area is expanding from a 700 to a 7,000 bike system.”

Seattle, which has three thriving bike share companies, is a great example of why bike share is growing so quickly in popularity. The city's population itself is also on the rise — over 1,100 people per week have made the Puget Sound their home since 2010. And since the city's getting pretty packed, people need to find better ways to transport themselves. Bikes are more flexible to ride than cars, since bike lanes rarely see traffic jams, and a bike share program makes them even more flexible, since you now don't need to own a bike to ride one.

The typical values of a city-dweller also meld well with bike shares: They are both great for the environment and offer a democratic hand to those who might not be able to afford transportation otherwise. They're a simple way to squeeze in an exercise routine, to boot.

On top of all these reasons, public officials love bike shares: They cut down on intercity congestion, making metros more appealing to tourists and the economic boost they bring with them. And as bike tech keeps evolving, bike share should get even more effective.

Read more about trends at TechCo