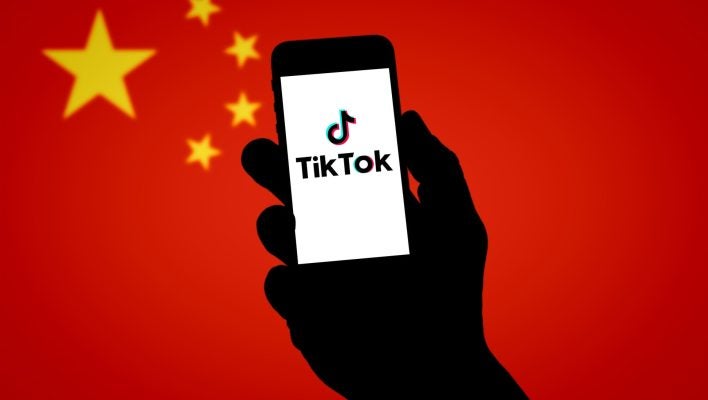 A new report by Forbes has found at least three hundred TikTok and ByteDance workers have previously been employed by Chinese state-owned media companies.

According to the report, this figure includes a number of high-ranking TikTok employees, including a content strategy manager, feature strategy leads, and policy advisor. Forbes also revealed that 15 ByteDance employees still work for state-run entities like China Central and Xinhua News Agency to this day.

While a spokeswoman for the companies claim that these career moves are standard practice, further ties to the state are hardly a good look for a platform that's recently been accused of harvesting U.S. data and sharing it with China-based employees. We break down the main findings of the report below.

Shortly after being accused of “excessively harvesting” private user data and passing information over to China-based workers, the popular video-sharing app, TikTok, has weathered another blow.

In a report released by Forbes last Friday, it was revealed that at least 300 employees of its parent company ByteDance used to work in Chinese state-backed media. With these media entities commonly being used to spread propaganda led by the Chinese government, these findings are reigniting concerns around TikTok's security practices once more.

The researchers, which surveyed the LinkedIn profiles of hundreds of ByteDance employees, found that 23 ByteDance directors had histories of working in state media. These directors have now gone on to oversee major arms of the company, including public affairs, corporate social responsibility, and media cooperation.

Surprisingly, the report also suggested that there were career overlaps for many workers, with 15 ByteDance employees still holding positions at notable state-backed media agencies.

Out of the 300 profiles outlined in the report, around 50 belonged to TikTok employees. These profiles included a current TikTok “strategy lead,” who was formerly employed by the “China Internet Information Center” and a content strategy manager who was previously a Chief Correspondent for Xinhua News.

When asked for comments, BtyeDance and TikTok declined to answer whether they collaborated with Chinese state media. However, they didn't deny their employee's connections to these agencies.

Is State to Private Media a Normal Career Path?

While the findings of Forbes's recent report look quite incriminating, there's no direct evidence to suggest that these Chinese companies are liaising with the state.

When asked about the career crossovers, Jennifer Banks, a spokesperson for ByteDance, explained that the company makes “hiring decisions based purely on an individual’s professional capability to do the job” ⁠— including for people that “have previously worked in government or state media positions in China.”

James Lewis, director of the Strategic Technologies Program at the Center for Strategic and International Studies (CSTS) also implied that ByteDance's ties to the state may be innocuous. He explained that due to the competitive salaries given by ByteDance and TikTok, it's hardly surprising that workers migrated from state-backed to private media companies.

“It’s probably a normal career path; I’m sure ByteDance pays more, but ties back to the old homestead might be concerning,” said James Lewis, director at CSTS.

However, Lewis doesn't let the workers off completely. He also said that “ties back to the old homestead might be concerning,” reflecting the concerns of many legislators and civilians here in the U.S.

But this isn't the first time the social media company has found itself in hot water. So, if you've been living under a rock for the past few months, here's why TikTok's close connections to the Chinese state are concerning so many people.

TikTok's relationship with U.S. lawmakers has been tumultuous since the app entered our market back in 2018. The Trump presidency even tried to ban the social media platform in 2019 for threatening national security.

However, concerns around TikTok's handling of private information reached new heights when a Buzzfeed investigation revealed that ByteDance employees had been able to access sensitive data belonging to U.S. users for years.

These anxieties were inflamed further when a report by Internet 2.0 accused the company of “aggressively” harvesting data, by requesting more permissions than were necessary.

Now TikTok has been found to harbor even deeper connections with the Chinese state than was expected, many experts fear that the Chinese government might be leveraging the app's global reach and access to U.S. data to its advantage.

The extent of TikTok's cooperation with the Chinese state is still unclear. But for those that are skeptical of TikTok's handling of personal data, VPNs can be an effective way to remain private while scrolling on the app. If you're new to the tool, learn more about the best VPN services here.