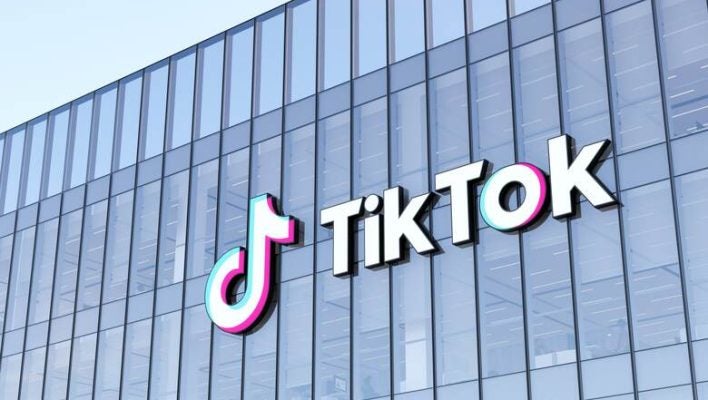 TikTok recently announced that its head of global security, Roland Cloutier, will be stepping down from his position as of September.

The news comes as the social media giant faces increasing scrutiny for its questionable handing of user data. A report released this week that accuses the app of “excessive” levels of data harvesting.

To quell security concerns, TikTok has renewed its vow to move all US user data to Oracle servers. But with the report being presented to the US senate next Monday – and its author urging for the platform to be banned – its future dominance of the app marketplace remains uncertain.

TikTok's global chief security officer, Roland Cloutier, has stepped down from his role but will remain at the company, according to a memo that was recently released on the app's website.

“With our recent announcement about data management changes in the US, it's time for me to transition from my role as global chief security officer,” Cloutier wrote in TikTok's memo.

Cloutier, who has been working for the company since 2020, will now move to a strategic advisory role focusing on the business impact of security and trust programs, and will be replaced by Kim Albarella, a senior member of TikTok's security team.

When asked about the decision, Cloutier explained that the move follows recent changes to the security teams at TikTok as well as the way the app handles data.

Boasting over one billion active users, TikTok is a social media app that rarely evades controversy.

From spreading misinformation about the COVID-19 pandemic to damaging the mental health of its younger users, video platform has repeatedly found itself in hot water since it was launched to a US audience. However, the app's current mishandling of private user data marks its biggest blunder to date.

In a report from Buzzfeed last month, the video platform was accused of sharing private user information with China-based ByteDance employees. The findings, which were drawn from hundreds of leaked audio recordings, suggested that these workers had “access to everything,” including the names, phone numbers, and user information of those using the app.

As if this report wasn't damming enough, Buzzfeed's findings have recently been corroborated by the Australian-US cybersecurity firm, Internet 2.0. In a report named “It's Their Word Against Their Source Code” released this week, the analysts found that the platform collects “excessive” amounts of information from its users, including geolocations, contact lists, and access calendars.

“The application can and will run successfully without any of this data being gathered. This leads us to believe that the only reason this information has been gathered is for data harvesting,” said analysts from Internet 2.0.

The firm also found that TikTok requests permissions significantly more than it needs to, suggesting that the app is harvesting private data from its userbase.

Due to these underhanded tactics, the director of Internet 2.0 believes TikTok should be banned outright. Yet, with the report being presented to a US Senate hearing next Monday, it'll be up to legislators to decide which course of action to take.

Is Your Data Safe With TikTok?

As more and more incriminating evidence comes out of the woodwork, it looks like TikTok can no longer be trusted to keep user data safe.

Under current Chinese laws, the government is able to request unlimited data from Chinese companies. Lots of other governments are able to use their security laws to gain access to TikTok's gigantic pools of user data, too.

While this may not concern the average TikTok user, if individuals are discussing topics that could be deemed as “sensitive” by governments, there's a decent chance their content could be flagged to authorities.

Combine this with the apps extensive data collection practices, and it's no surprise that many businesses are turning to other apps to manage their social presence.