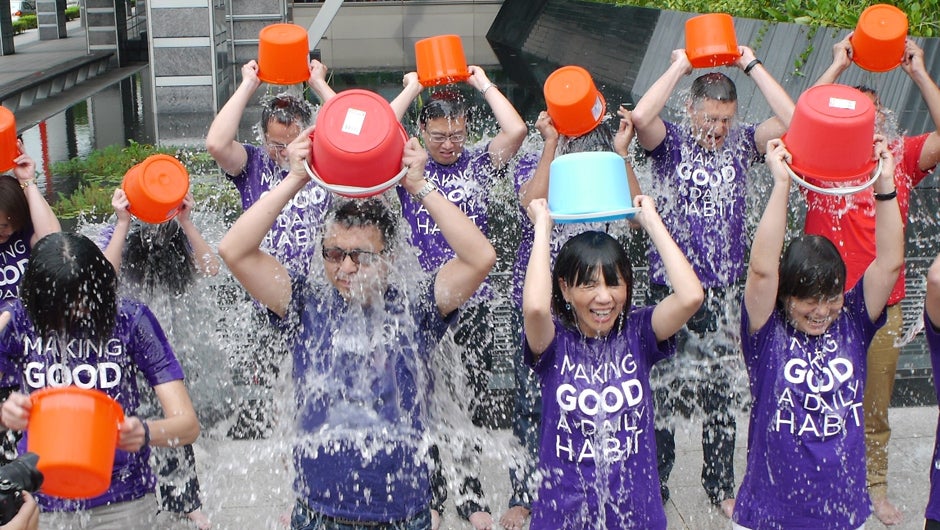 Who doesn’t remember the ALS Ice Bucket Challenge? It was an amazing show of what a group united can do when they use social media in a smart and socially conscious way. However, it wasn’t as long lived as some might have wanted.

Why, though? Why didn’t it last for months, or stick around for an entire calendar year?

Jason Neubauer thinks it has something to do with the fact that social media is disconnected and doesn’t offer a central hub for challenges to call home. According to him, it turns what should be the main event into a fleeting moment, but that’s why he started Challenged.

The platform was officially launched for iOS today and was built to be the hub Neubauer saw as absent on social media. Challenged is, in effect, a central clearinghouse for massive social challenges that shines a spotlight on the good we can do together.

But beyond that it offers users a chance to interact directly with celebrities, influencers, and brands, as well as charities. Everything hinges on becoming part of a movement that’s larger than just you.

“In acting as ‘people talking to people’ rather than ‘marketers talking to consumers,’ brands can engage in a two-way dialogue that is innately real and emotional,” says Neubauer, CEO. “By focusing on emotional stories and high quality, inventive production, brands have a real opportunity to establish a unique and memorable social presence.”

To date the app has raised $1.22 million in seed funding, and to celebrate their launch, they’ll be hosting multiple engagement campaigns: