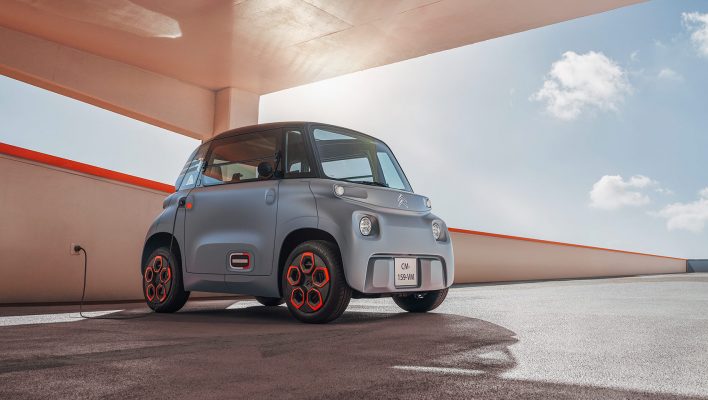 Citroen has revealed a new fully electric car, which can be driven by teenagers as young as 14.

The new Citroen Ami is part of an effort by the venerable French manufacturer to make cars accessible to everyone — even children. Teenagers can drive the Ami thanks to the diminutive car's status as a “quadricycle,” meaning that it can circumvent rules for regular cars.

How small is it? Just under eight feet long. What's more, the Ami will be available to buy, or rent, or share — similar to dockless cycles and scooters found in cities around the world.

But how will the Ami, with its decentralised ownership structure and juvenile drivers, fare in the real world?

Citroen Ami – Everything You Need to Know

Citroen promises a range of up to 43 miles, plus a top speed of just 28 mph from the Ami's 5.5 kW/H lithium-ion battery. That might not sound like much, but it should be perfect for small European cities. The average speed of a car in central London, for example is just seven miles per hour (yes, seven).

The dinky car also has a tiny turning circle of just over 23 and a half feet, while a VW Golf's is closer to 36 feet. The Ami can be charged from flat in less than three hours via a regular 220v wall socket in Europe, as well.

The Ami also has no dashboard. Instead, drivers plug their phones into the car, which then displays all the key information from speed to range, as well as serving as a navigation and music control interface. 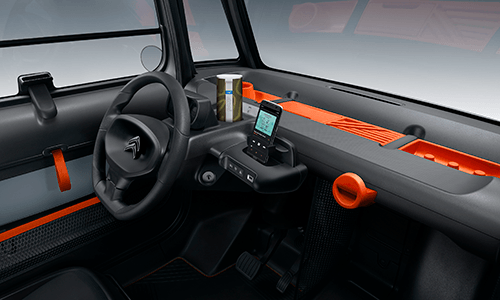 Via the Free2Move app, you'll be able to hire an Ami for a short time, just like dockless bikes and scooters. The Ami was “conceived as an alternative to public transport (bus, tram, underground) and other individual means of transport that have two or three wheels (bicycle, moped or scooter),” according to Citroen.

“Ami has another real advantage for its driver and passenger: protection. The level of protection is greater than that offered by two or three-wheeled vehicles, and offers greater independence and comfort (acoustic comfort, brightness) than public transport.”

Tempted? You'll be able to order the Ami in France on March 30, while customers in Spain, Italy, Belgium, Portugal, and Germany will have to wait a while longer. There's currently no information on whether the Ami will make it across the English Channel to the UK, or whether it'll go transatlantic to customers in the US.

Naturally, the idea of 14 year olds driving shareable cars might fill some people with dread. However, Citroen seems to think that the Ami will pose no unprecedented issues.

When it comes to insurance, for example, drivers “will still be required to insure the Ami as you would a scooter or car,” said a Citroen spokesperson. “We would anticipate no difference in the event of an accident.”

As the Ami is a quadricycle, it isn't mandated to feature internal rear-view mirrors or airbags. This might prove concerning for some users, especially given how other quadricycles have fared in crash tests and in the real world.

However, according to Citroen, “As Ami's speed is limited to 45 km/h (28 mph), the risk at impact is low and its tubular steel structure can withstand an impact at this speed.” It's important to note that small cars aren't necessarily dangerous. For instance, the Smart ForTwo received a five star rating from European safety agency NCAP.