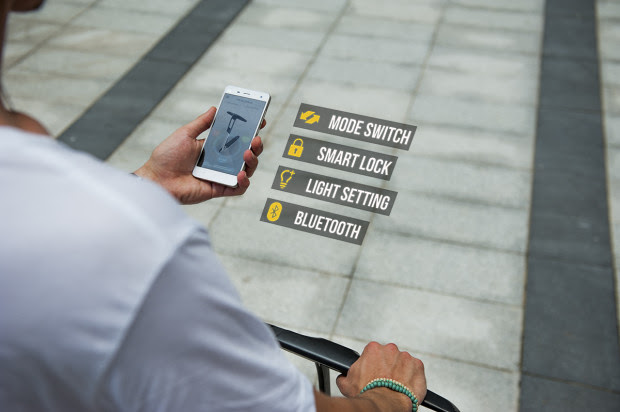 Living in a big city can be exhausting, particularly when you don't have a solid hold on the public transportation system and your car is non-existent. But you have to get to work somehow, and that 25 minute walk from the closest bus stop isn't doing anyone in your office any favors when it comes to your body odor. Fortunately, riding a scooter to work has become more acceptable in the eyes of employers and street dwellers alike. And one company has nailed it when it comes to creating a compact model that won't tire you out.

The CityGo Urban looks like a futuristic laser cannon from an episode of Star Trek. But when you unfold it, this scooter turns into a transportation device the likes of which you've never seen. Between the brake lights, the kickstand, the charging port, and the LED screen, this should be classified as a hoverboard rather than a scooter. Plus, the rechargeable battery and hub motor make for a smooth ride without you having to put in any extra effort.

The technology is remarkable. With a simple kick start, you can travel between 6 miles per hour and 15 miles per hour and maintain that speed without another kick. The brake not only slows you down, but also uses the friction to recharge the battery, making your trip longer on every charge. And while you might think all this tech would make it impossible to lug up stairs or through the office, CityGo Urban comes in at a mere 9.8 kilograms. Plus, the design allows for luggage-like simplicity, so you don't even have to pick it up at all. Oh yeah, and it connects to your smartphone for route tracking, battery life, light setting, speed, and scooter diagnostics.

As you might expect, this startup has gone to Indiegogo in order to get the funding necessary to make the product a reality for the entire world. In a few short days, they have reached 80 percent of their goal with a month left. The early bird CityGo Urban scooters are going for $539, a hearty price for your transportation needs. But when you consider the price of the average bike, car, or public transit card (in the long run, that is), this futuristic scooter pretty much pays for itself.