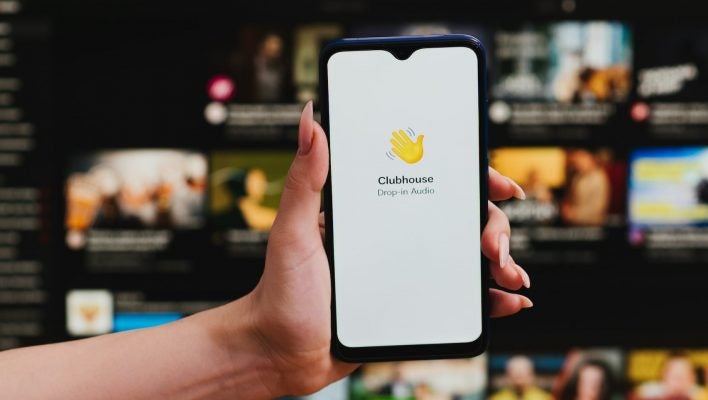 Clubhouse, the increasingly popular audio-sharing app, has experienced a security breach that is seriously calling into question its security practices.

Clubhouse has gained some major traction in recent months. Between the millions of new users and big names like Elon Musk, Kevin Hart, and many others signing up, it's safe to say the world of social media has a new entrant to keep things interesting.

Unfortunately, with success comes security problems — see Zoom — and Clubhouse is now dealing with a breach that calls into question the overall safety of the audio-sharing app.

According to security experts, Clubhouse experienced a security breach, which saw a single unidentified user streaming multiple rooms to a third-party website. The audio-sharing app was swift to permanently ban the user, stating that they had installed new “safeguards” to prevent this from happening again.

Unfortunately, the waters are a bit murky about whether or not they can guarantee that kind of thing. While the company manages most of its front-end and user experience activity, Clubhouse outsources its back-end management, like data traffic and audio production, to China-based Agora Inc.

As you've likely heard a millions times during the TikTok-SoundByte saga, Chinese companies have a complicated relationship with online privacy, as the state government is questionably involved with pretty much everything. Subsequently, it's safe to wonder: Is Clubhouse safe?

The security breach was discovered by the Stanford Internet Observatory (SIO), which stated that, at this point, Clubhouse users should in no way assume that their conversations are even remotely private.

“Clubhouse cannot provide any privacy promises for conversations held anywhere around the world,” said Alex Stamos, director of the SIO and former security chief at Facebook.

Researchers at SIO noted that, due to Agora's ties to China, that the company “would likely have access to users' raw audio, potentially providing access to the Chinese government.”

Simply put, while this security breach was a blip in the world of online privacy, it opened a door, giving us a glimpse at what's behind the curtain of the newly popular Clubhouse app that everyone is talking about.

If you're concerned about your personal data and audio recordings being leaked, it's safe to say that Clubhouse might not be the best place for you right now. As we saw with Zoom, the sheer surge in popularity caused a lot of issues, and the same could be true about Clubhouse moving forward.

Still, there are lots of other threats online that are plenty scary outside of new forms of social media. Here are a few ways you can keep yourself safe while surfing the world wide web.

All these tools can really help you stay safe online, but the best tool in your arsenal is vigilance. The reality is that most hacks and breaches occur due to human error, and paying attention can make all the difference to your online safety.