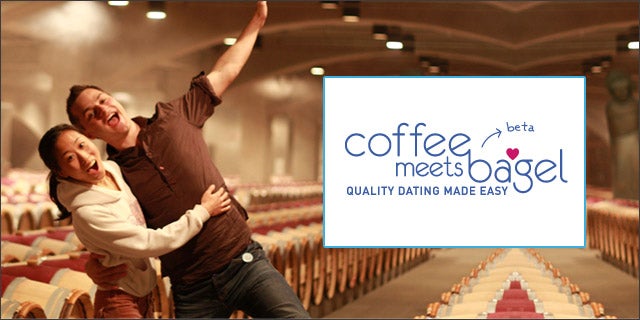 As the online dating space continues to become segmented, Coffee Meets Bagel (CMB) has its sights set squarely on the oft-ignored under-40 urban crowd. After seeing some traction in its current markets of New York, San Francisco, and Boston – the site is seeing 25 percent month-over-month growth in users – CMB is expanding its matchmaking service to Chicago, Los Angeles, and Washington D.C.

Similar to Hinge, Coffee Meets Bagel lets users tap into the network of people connected to their closest friends. A Facebook user with 400 friends, who have an average of 400 friends each, is just one step removed from about 160,000 people. But instead of giving users access to all of these connections at once, CMB delivers users one prospective match (or “bagel”) every day at noon. You can then opt to “like” that user or pass and wait until a better looking more suitable match comes along a day later, as matches expire after 24 hours. If the other user likes you too, voila, the site connects you via text message, pick-up lines not included.

CMB has also thrown the subscription concept right out the window, instead opting for a virtual currency they call “Coffee Beans,” available for 99 cents within the site. Users can exchange those Coffee Beans to unlock features such as seeing a user who passed on you or which friends you have in common with your bagel. Cofounders (and sisters) Dawoon and Arum Kang, who founded CMB with their sister Soo, told me via email that user adoption of the paid features are “very promising” and “in line with successful social games.”

It’s a fresh new take on online dating, and an approach that appears to be attracting a younger, more digitally-savvy generation. The average CMB user is 28 years old, with more than 90 percent of users under the age of 35. What’s more, the company reports that 70 percent of users check their bagel on a daily basis.

Andrew Cross is a Tech Cocktail contributor and an account director at Walker Sands Communications in Chicago, where he handles PR strategy and media relations for tech companies. He covers tech startups, particularly those based out of the Midwest. Contact Andrew at andrewrcross AT gmail DOT com or on Twitter @Andrew_R_Cross.