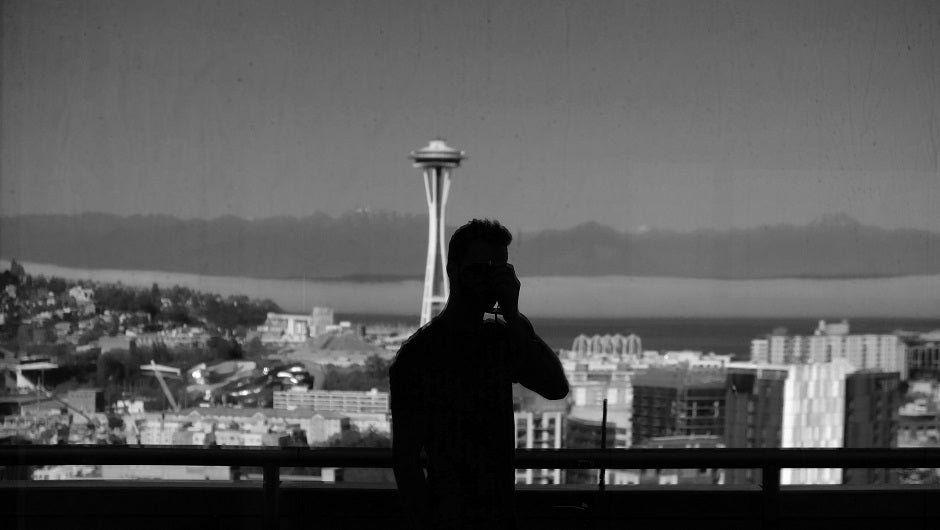 We live in an era of digital Darwinism, a time when technology and society continually evolve. The reality is that innovation is now a constant, and the net result sets the stage for disruption. Every day, startups continue to push industries and technologies forward. As they do, new trends shape and reshape markets. Enterprise organizations now increasingly face a new reality where doing nothing about it or operating is a surefire way to get disrupted and eventually become obsolete.

To compete in an era of digital Darwinism requires companies to think beyond “business as usual” and to start exploring new areas of opportunity for emerging expertise, technology, and insights. One of the most promising trends in the evolution of business is the rise of corporate innovation centers. Part of the challenge companies face in doing so is that it’s very easy, almost natural, to apply legacy thinking, processes, and models toward innovation. This anchors new possibilities to yesterday’s standards, which then limits or inhibits the return on innovation. But that isn’t stopping corporate innovation centers from rising in technology epicenters all around the world. 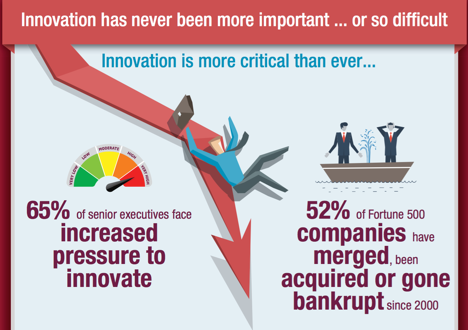 In 2015, CapGemini’s Jerome Buvat and I set out to explore the shift from R&D centers to innovation hubs. We published our findings in one of the first detailed reports on the subject, “The Innovation Game: Why & How Businesses are Investing in Innovation Centers.”

In part two of the series, “The Rise of Innovaiton Empires,” we track the evolution and expansion of innovation centers around the world since 2015. Here’s what we found: 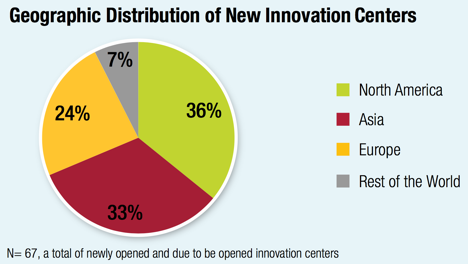 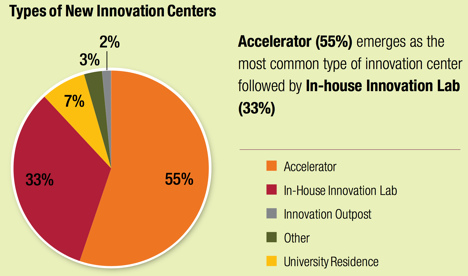 Accelerators engage with the local ecosystem, cultivate relationships with startups and entrepreneurs, and provide them with opportunities to collaborate on technology solutions.

Very few innovation centers favored ‘university residence’ and ‘innovation outpost’ models that witnessed only 7 percent and 2 percent of new innovation centers adopting them respectively. This means that organizations are maturing in their corporate innovation models from experimental to more structured approaches that require significant monetary and resource commitments.

The Financial Services industry has fast caught up with others in terms of opening up new innovation centers. Our new research shows that 42 percent of top FS organizations now have innovation centers against 28 percent in H1 2015. 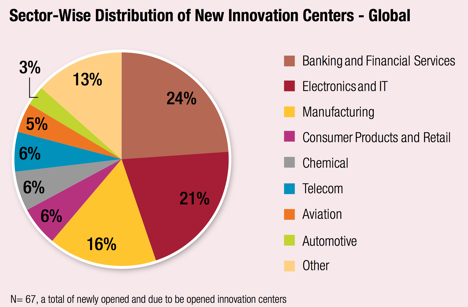 Disruptive technology is at the forefront of work in all innovation centers. The Internet of Things, fintech, digital healthcare, and cloud services and software have emerged as the top three priority areas for innovation centers. 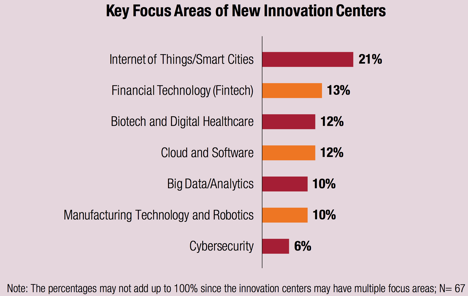 Organizations are also realizing the importance and value in partnering with relevant startups and ecosystem players over just gaining access to new technology. After all, nothing says innovation like a company that wasn't around a year ago. 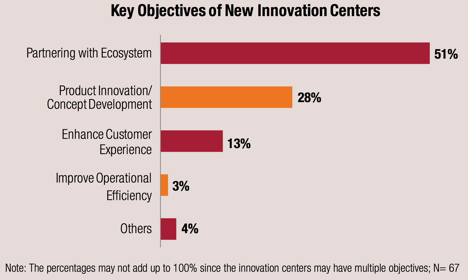 While R&D investments are also increasing, returns have shown decreases over recent years. In certain sectors, more than 85 percent of new products fail with only 5percent of R&D staff feeling highly motivated to innovate.

In the last six months however, innovation centers have opened or expanded to tech hubs where localized expertise align with a company’s digital transformation road map. These innovation centers seek expert talent to develop new products and services that enhance the digital customer experience. More so, these new investments are creating new products and services that are unlocking new value and opportunities for businesses to compete more effectively in a digital economy.

Brian Solis is the author of X: Where Business Meets Design. Follow him on Twitter and LinkedIn. Invite him to speak at your next event or meeting.

Brian Solis is Principal Analyst at Altimeter, a Prophet company. He is globally recognized as one of the most prominent thought leaders, keynote speakers, and best-selling authors in innovation and digital transformation. His new book, X: The Experience When Business Meets Design , explores the importance of experiences and how to design them for customers, employees and human beings everywhere.