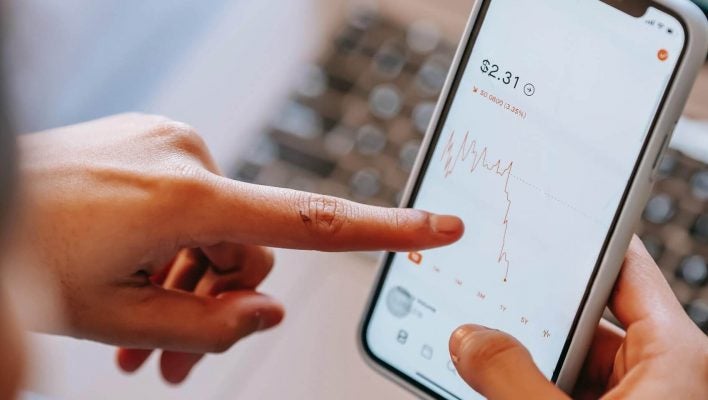 As of Thursday, the entire cryptocurrency sector has plummeted, losing $200 billion across the entire market within a day.

Bitcoin plunged under $25,000 to temporarily reach its lowest value since December 2020, and stablecoins aren't stable, with the cryptocurrency Luna nearly worthless after having dropped 99% in value in 24 hours.

Cryptocurrencies' values may well continue whipsawing, and, as always, it's tough to predict where they'll ultimately end up. Yet there's no denying that the industry is less stable than it has been in years. Here's why.

How Are Cryptocurrencies Doing?

First, some background. Here's what to know about the biggest headlines from the past 24 hours:

The two biggest cryptocurrencies, Bitcoin and Etherium, have dropped significantly in value. Ethereum lost around 20% in 24 hours, while Bitcoin dropped nearly 30%.

The consequences could be grim. The biggest example is El Salvador, which made Bitcoin legal tender last year. El Salvador bought up about $103 million worth of it to build a treasury that is now only worth only around $66 million. If Bitcoin continues losing value, the country may go into default on its debt obligations.

What Triggered the Selloff?

A precipitous drop in cryptocurrency value can have plenty of causes. In this case, it's a memo from the US Bureau of Labor Statistics saying that consumer prices in April were higher than expected. As a result, investors anticipated a downturn and sold off their riskier assets, with cryptocurrencies being the first to go.

The quick drop in value for the biggest cryptocurrencies also affected Terra, an algorithmic stablecoin. Stablecoins are just what they sound like: Cryptocurrencies designed to keep a stable worth of $1. Some do this by tying their value to a commodity like bonds, but the algorithmic ones rely on multiple digital assets such as Bitcoin. Once the cryptocurrency market was unstable, Terra couldn't remain stable either, and lost 60% of its value, which in turn brought the value of its sister currency Luna down by 99%.

Tech Stocks Are Risky, Too

Investors are selling off plenty of tech stocks as well, and for similar reasons. Like crypto, tech companies can be a risky investment, and investors are particularly suspicious that tech companies who profited during the pandemic can keep up successes once protocols are rolled back.

Smaller tech operations may have it worse in the near future, as VC funding dries up: Conglomerate SoftBank just announced that it is cutting its startup investments by 50 to 75%.

Cryptocurrency investors are feeling the effects of an economy downturn first. But, signs indicate, the tech industry and the rest of us will feel it as well before 2022 is out.