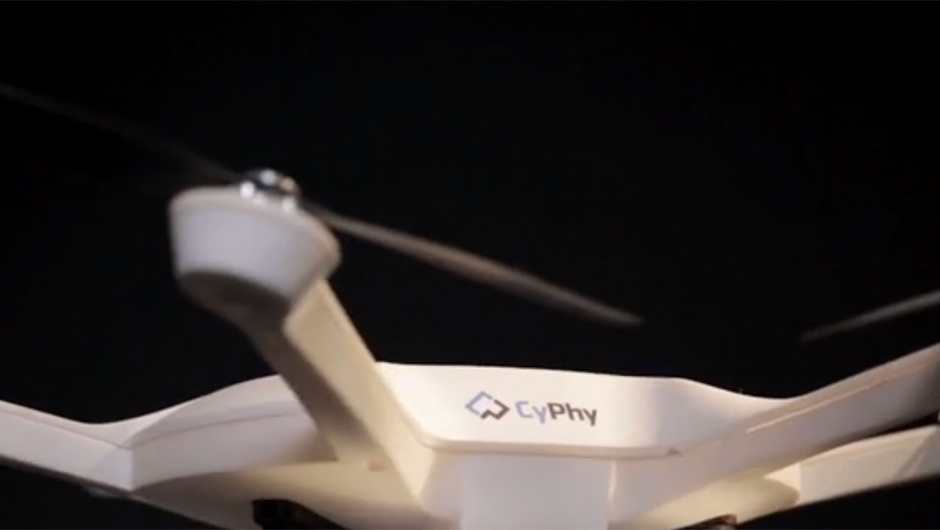 You may know Helen Greiner as the previous cofounder of iRobot, the company that redefined the way we vacuum our homes with the Roomba. Through her current company CyPhy Works, Greiner is looking to now redefine another, similar space: drones.

The company today announced the launch of their Kickstarter campaign to fund their first consumer offering in the CyPhy LVL 1 Drone. It’s a consumer friendly, affordable drone that features intuitive, stable flying.

As engineers pushing to redefine drone flight, Greiner and the team were inspired to make their foray into the consumer landscape by the market’s lack of a flying robot for everyday use. Priorities for this new drone included easy and intuitive flight, ultra high-quality video with the ability to share footage in real-time, no landing gear so the drone fits in a backpack, and a built-in protected camera.

The LVL 1 Drone can be in flight for at least 20 minutes on a full charge, and weighs less than two pounds. According to the team, other drones claim all sorts of impressive capabilities, but typically their most expensive parts like cameras are exposed and flights all too often result in expensive damage.

Some of the other features of the CyPhy LVL 1 include:

“Our drone protects its camera, flies simply, shares intuitively, and captures high-quality footage effortlessly,” says Greiner. “Backers will be filming their child’s soccer game, shooting stunning vistas, and performing home inspections from day one – we are bringing technology to people where they are in their everyday lives. This product will capture great footage and we hope it also captures people’s imagination.”