In the last couple of days we’ve seen the first tidbits of information about the next generation PlayStation 5 console, plus the reveal of Microsoft’s new discless Xbox One S.

The PlayStation 5 is our first real glimpse at the sort of tech that will power the generation of consoles following the current PlayStation 4 and Xbox One. Meanwhile, the new discless Xbox One S (officially called the All-Digital Edition) is another look into the crystal ball towards our game-streaming future.

So, what do we actually know about the two new consoles? And, what do they mean for the future of gaming?

Everything we know about this next console — which will almost certainly be called the PlayStation 5 — comes from an interview in Wired magazine with Mark Cerny, the lead architect on the PlayStation 4. It’s safe to assume he knows what he’s talking about.

So, let’s start with the specs. The PlayStation 5 is set to include:

In practice, this makes for some startling gameplay experiences. You’ll be able to play games in 8K resolutions, with barely any loading times,

The PlayStation 5 will also get what Cerny is calling 3D audio, meaning that it will be able to offer virtual surround sound for more immersive experiences. There’s no word on exactly how this will be achieved, but you won’t need any external hardware, which is great.

So, when will it hit the shelves? According to Cerny, there’s no chance it’ll be hitting the shelves this year. Sony is still very early in the development stages. In fact, Sony, for the first time ever, isn’t even booked in for a keynote at the E3 gaming show. 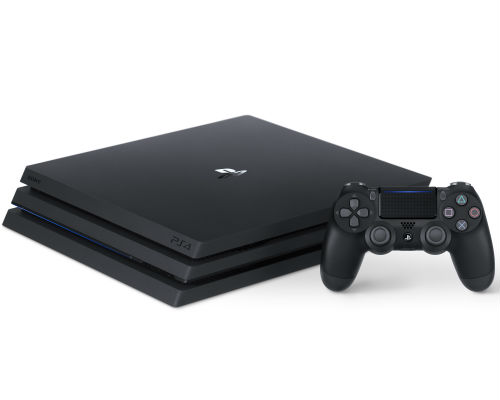 The discless Xbox One S had been rumored for a while, and now Microsoft has actually confirmed that it is, indeed, a thing.

It’ll go on sale on May 7, costing $249 in the US. That’s $50 cheaper than the regular Xbox One S. To be clear, the new All-Digital Edition isn’t replacing the older Xbox One S. Instead, it’ll sit alongside the existing console and is aimed at “digital natives” who grew up without having to put discs into their consoles, according to Microsoft’s Jeff Gattis — the general manager for Xbox product marketing.

To get the parents of these digital natives to part with their money, the new All-Digital Edition comes with three bundled games: Minecraft, the almost three-year old Forza Horizon 3, and notable flop Sea of Thieves. You’ll also get a discounted subscription to Xbox Game Pass, the Xbox service that offers a library of games for a monthly fee.

Does this make the Xbox One S All-Digital Edition worth it?

Not in our mind. Yes, you might save a bit on some games, but throw in a digital download of Red Dead Redemption 2, for example, which typically costs $59.99 from the Xbox Store, and you’ve already paid more than buying a regular Xbox One S and a physical copy of Rockstar’s seminal Wild West adventure.

What Do These New Consoles Tell Us About the Future of gaming?

In many ways, these two consoles demonstrate just how different Sony and Microsoft are as companies.

Microsoft is fully committed to cloud-based game streaming. It has already shown off prototypes of its game streaming service. Meanwhile, this discless Xbox One S makes it clearer than ever that Microsoft is willing and able to ditch physical games.

From a business point of view, it does make sense. Microsoft also has a stranglehold on the PC gaming market, despite gamers often using the Steam store to buy their games.

If Microsoft was able to create a gaming platform that could be accessed across Xbox, PC, and mobile devices, it might make for one of the best gaming experiences possible.

Sony, on the other hand, is in quite a different situation. It doesn’t have a presence in the PC space, and uses Android on its mobiles — making Sony better suited for Google’s own Stadia game streaming platform, if it was willing to work with Google.

While Sony does make use of digital games, the idea of it being able to offer a streaming service, whilst also justifying hardware sales of the PlayStation 5, seems unlikely. Instead, the PS5 will need to stand on its own, offering the kind of gaming experience that only dedicated consoles can provide.