Motorola’s G-series phones have long been known for punching above their weight, with attractive designs, decent components, and low price tags. With the new g7 series, though, Motorola has managed to best itself again.

The g7 Plus is the most expensive model in the range, but not by much. Either way, at just £269, it’s still very cheap.

The bottom end of the Android market is becoming increasingly competitive and attractive for consumers. Brands ranging from Samsung to Nokia are all producing impressive cheap options, meaning the g7 Plus has some stiff competition.

So, does the Moto g7 Plus have what it takes to best its impressive rivals? Let’s find out:

Moto g7 Plus display – How good is its screen?

With skinny bezels, rounded corners, and a small teardrop notch, the Moto g7 Plus’ display looks better than any typical sub-£300 phone.

Better still, the display more than matches the premium design. The Moto g7 Plus uses a 6.2-inch Full HD+ (2270×1080) LCD display. Finding a Full HD+ display on a phone this cheap is a welcome surprise.

Thanks to this large and sharp display, the g7 Plus is one of the best budget phones for streaming content and playing games.

What’s more, the g7 Plus’ display is remarkably bright for an LCD display, meaning you shouldn’t be caught short in the sun. Again, this makes the g7 Plus feel far more expensive than its £269 price tag. 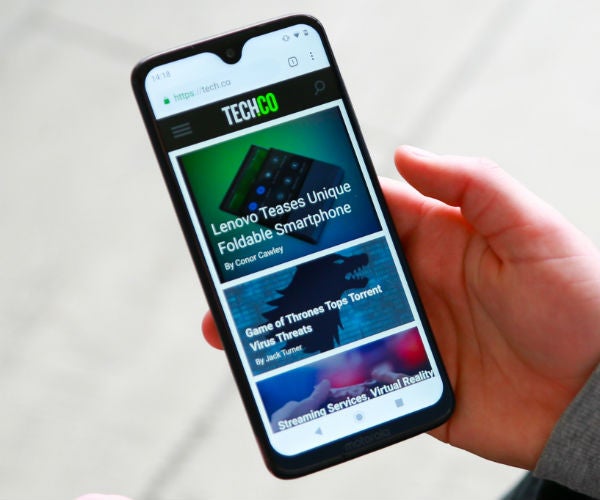 How good are the Moto g7 Plus’ cameras?

The g7 Plus once again bucks the trend for cheap phones with its dual rear cameras. You get one 16Mp lens, which does most of the photo-taking legwork, and a 5Mp depth sensing camera for better portrait mode shots.

These cameras produce impressive shots with strong contrast and a surprising level of detail. Shots can sometimes look slightly oversaturated, but this is more of an occasional issue than a constant flaw. Shots can also look quite busy on occasion, but this mainly happens when there are similar colors close together. 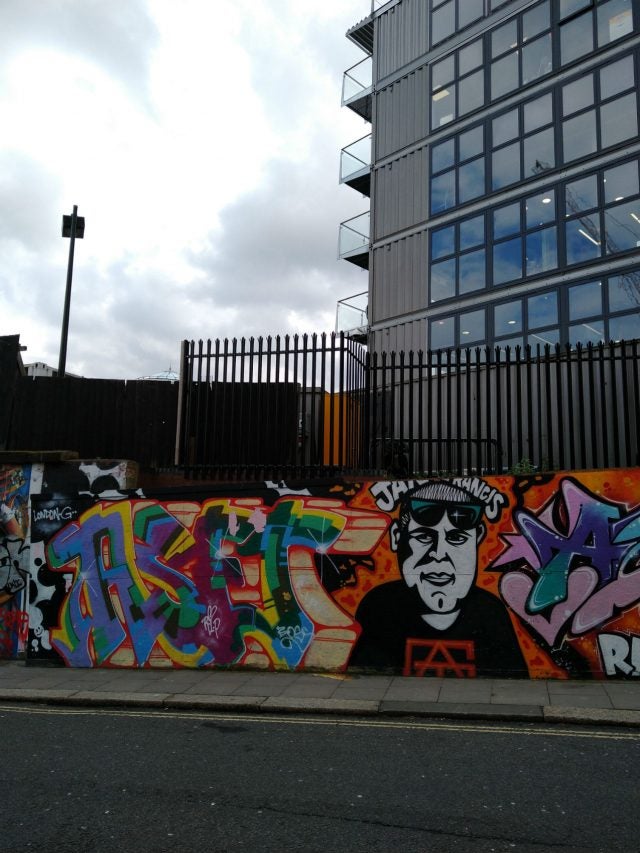 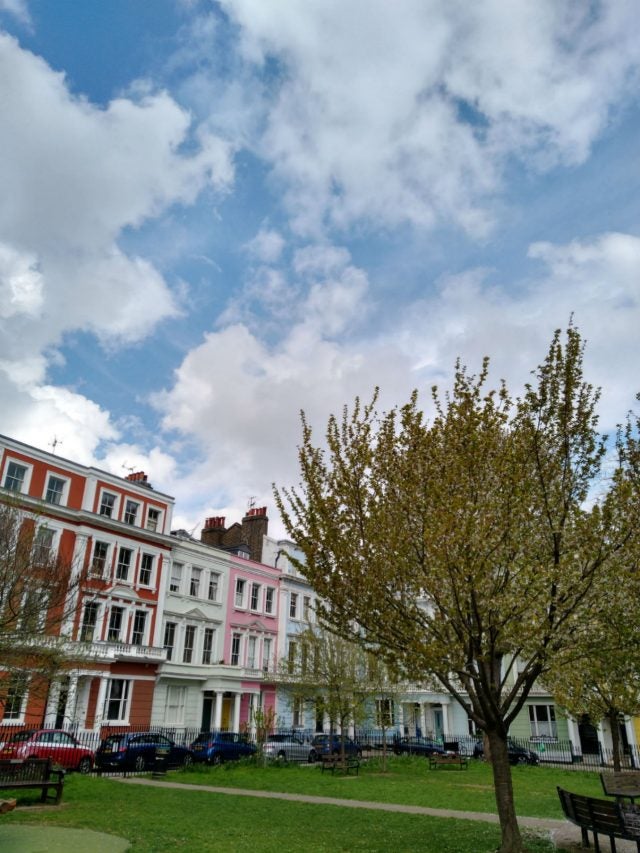 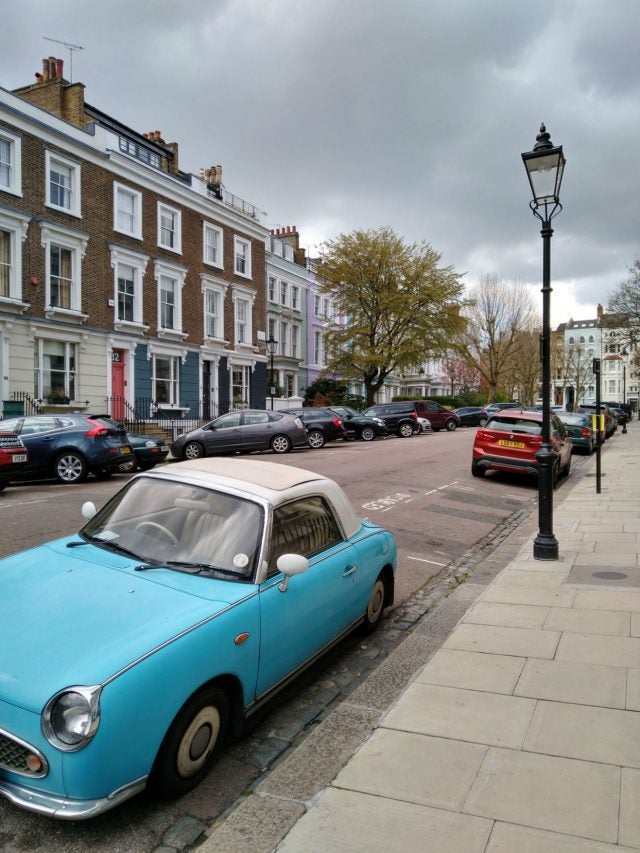 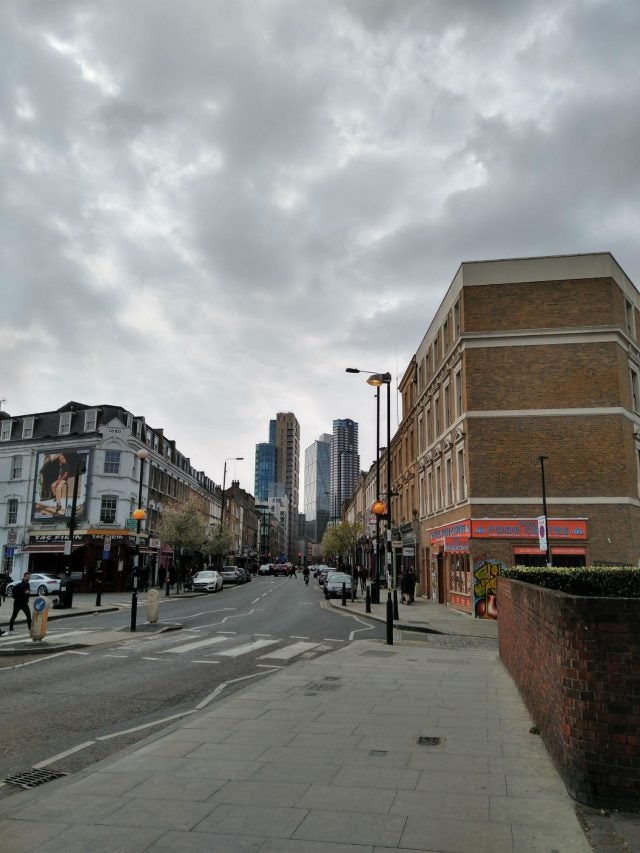 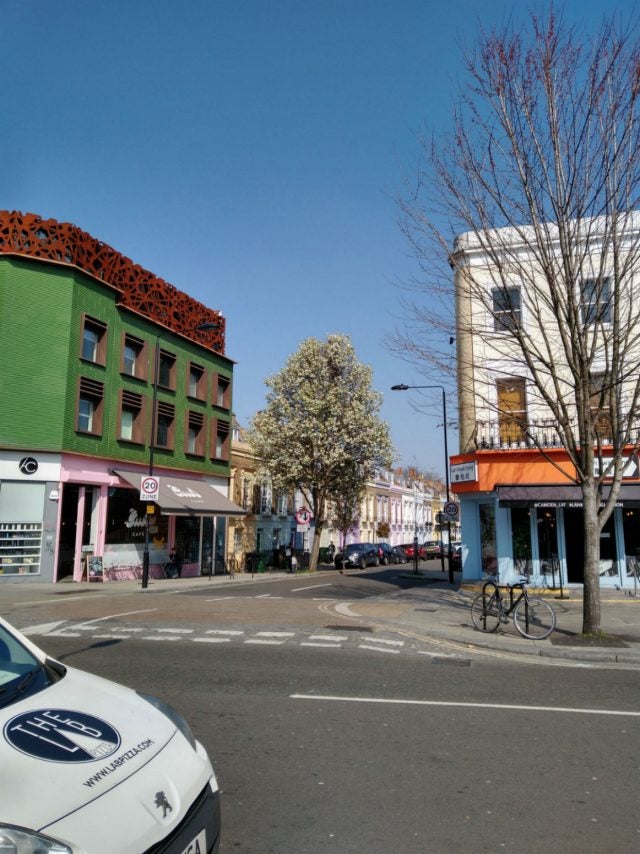 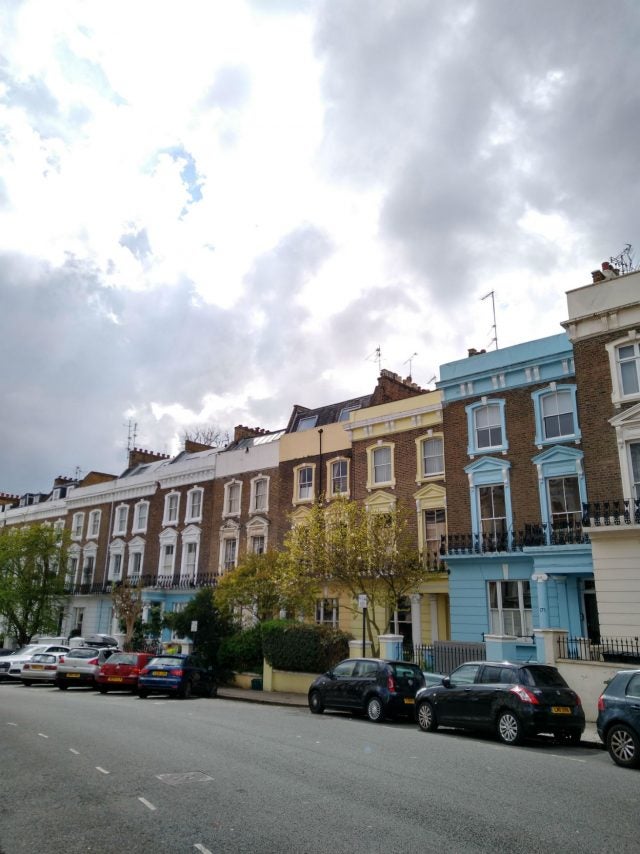 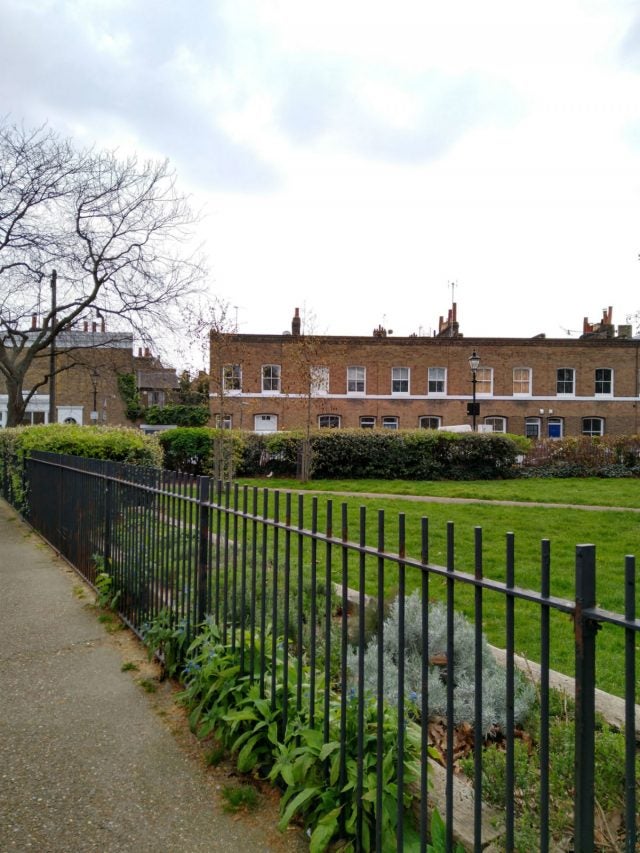 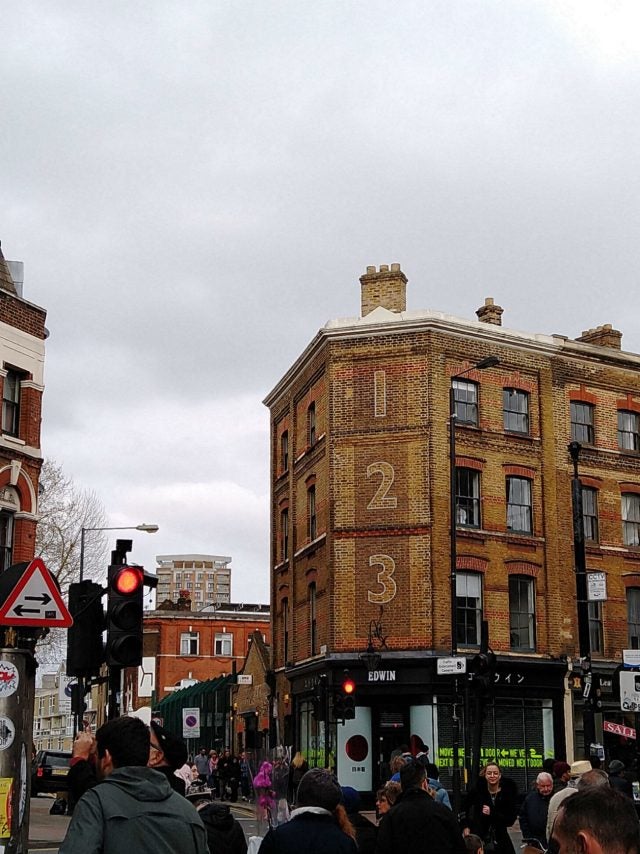 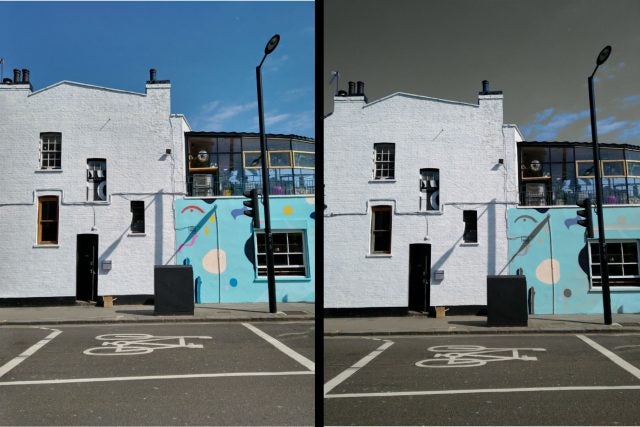 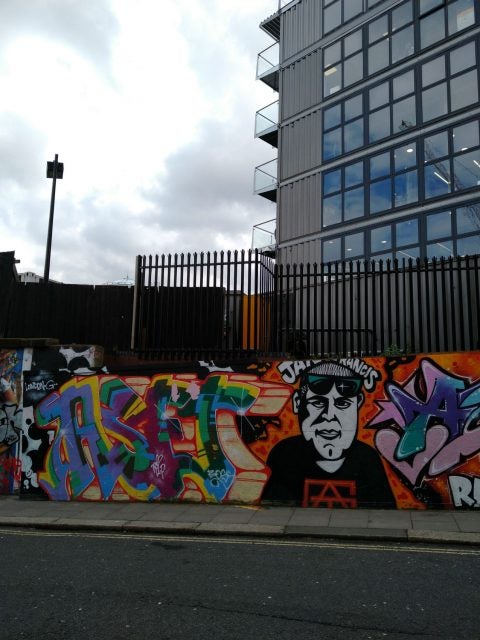 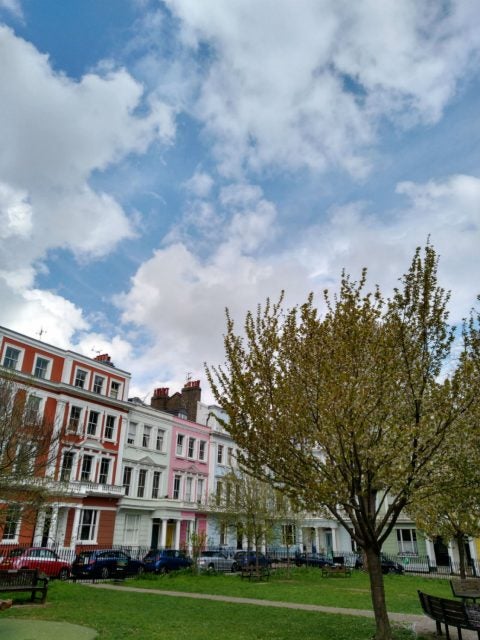 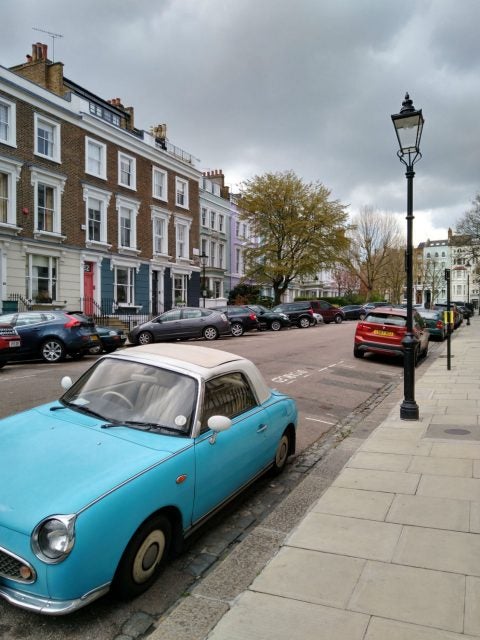 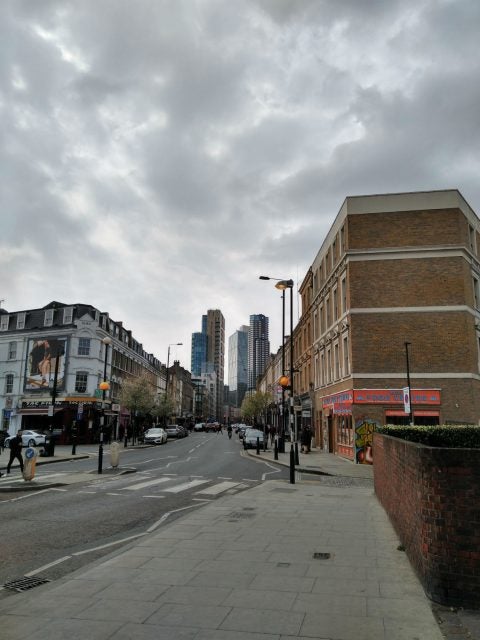 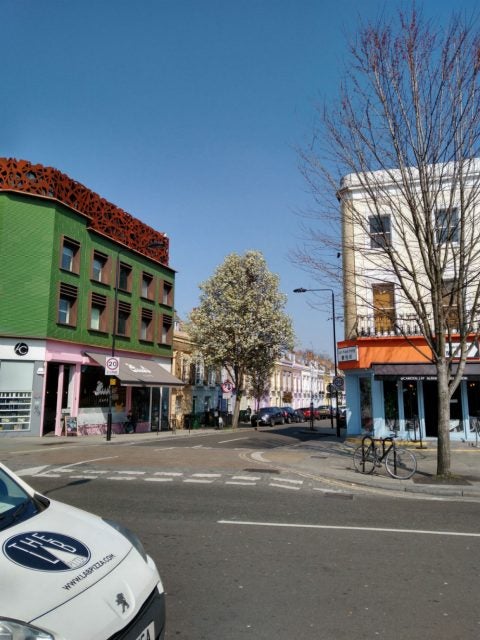 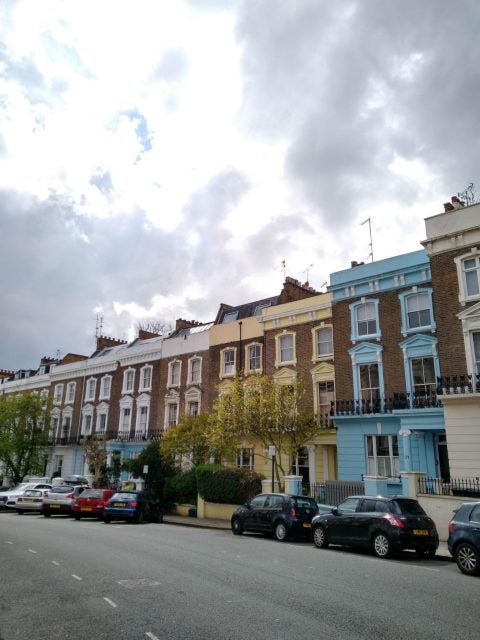 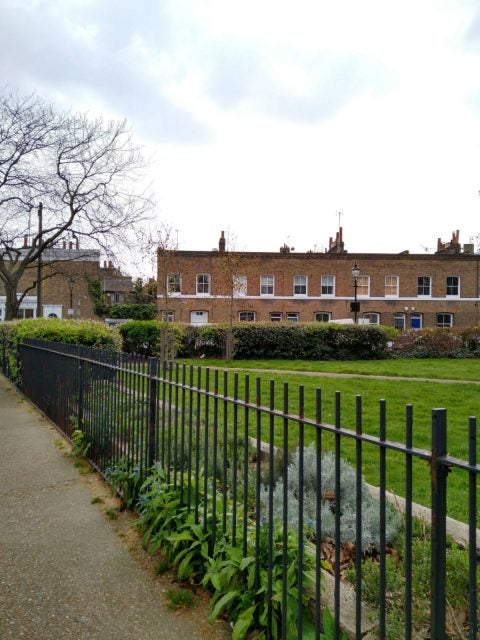 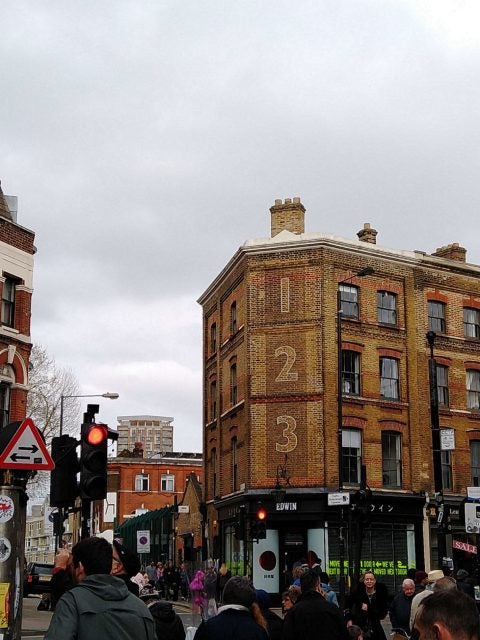 However, while regular shots are impressive and help the g7 Plus punch above its price tag, the phone can struggle with the more advanced camera features available on Android. This is probably due to the lower-end processor (more on that in a bit).

Portrait mode shots are pretty good, but spot color photos – which allow you to select one color while making the rest of the photo black and white – often don’t work quite as intended.

The front camera uses a 12Mp lens, and takes pretty impressive selfies. It gives decent levels of detail, although colors look noticeably more muted than on the rear cameras.

On the whole, though, the g7 Plus’ cameras are impressive. They’re not perfect, but – and we’re loath to keep bringing up the price – there’s not much better out there for such little money.

How fast is the Moto g7 Plus?

If the g7 Plus is starting to sound too good to be true, you’d be right. Motorola has to make savings somewhere, and one area it has scrimped on is the processor.

You get a Snapdragon 636 chip in the g7 Plus, and it’s not the quickest. It’s fine for everyday tasks, but you’ll feel the judder slightly if you’re switching back-and-forth between apps quickly, for example.

The 636 noticeably struggles with demanding mobile games. When we tried Real Racing 3 and PUBG Mobile, we were forced onto the lowest graphics settings, and had a number of significant frame rate drops.

But, of course, the g7 Plus wasn’t designed for this sort of work. Games like Polytopia, for example – which are far less graphically demanding – played fine. We also didn’t see any major slowdowns or in-app crashes while testing out the g7 Plus. 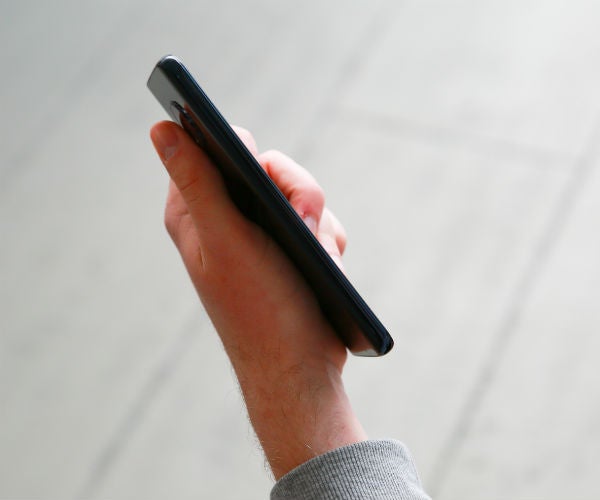 How long does the Moto g7 Plus’ battery last?

The Moto g7 Plus uses a 3,000 mAh battery, which isn’t huge, but is certainly enough to get about a day and a half’s power.

That’s thanks largely to the slower processor, it’s less demanding than other units on the market, and means that you’re able to eke out slightly longer use.

A typical mix of playing lightweight games, using social media apps, sending texts, and making calls should give you about a day’s worth of battery before reaching for a charger. That’s nothing remarkable, but is certainly good enough.

When you do reach for the charger, you’ll be pleasantly surprised with just how quickly the g7 Plus charges. Using its 27 watt USB-C TurboCharger, the g7 Plus will give you a 47% charge in 15 minutes. According to Motorola, this should be enough for 12 hours usage — and we believe the company’s claim.

If you’re after the best battery life, though, you should take a look at the g7 Plus’ cousin – the g7 Power.

How much does the Moto g7 Plus cost?

The g7 Plus starts from £269 in the UK. For a phone this good, that’s astonishing value.

There are three other phones in the g7 range, though:

When it comes to cheap phones,the g7 Plus has competition from other companies, including Nokia and Samsung. But, if we’re honest, we’d probably choose the g7 Plus over its rivals. Its premium design, lightweight Android skin, and impressive cameras make it a winner in our books.

Buy the Motorola Moto g7 Plus from Amazon

Is the Moto g7 Plus well-built?

Another criticism often levelled at cheaper phones is that they lack the build quality of more expensive options.

The g7 Plus isn’t perhaps as well put-together as some phones – there’s noticeable play in the volume rockers, and there’s a slightly hollow feeling when tapping on the curved glass rear or the front panel.

It also isn’t waterproof – instead, Motorola calls the g7 Plus “water repellent.” You should be fine if you get caught in the rain, but it isn’t going to survive a full dunking like some phones can.

However, the metal band connecting the two glass panels is reassuringly sturdy. And, what’s more, the curved glass is a real delight to hold. It sinks into your hand, but the glass remains grippy, even when placed on slightly angled surfaces. If you’re not sold on the g7 Plus’ survivability, Motorola gives you a free lightweight phone case in the box, which is a nice touch.

Moto g7 Plus – The Verdict

The Moto g7 Plus is easily one of the best value phones on sale at the moment. It’s strongly built, has an impressive display and great cameras, and costs less than £300.

It’s not the fastest phone in the world, but nor is it meant to be. If you want a phone to take pictures, browse social media apps, and play music and lightweight games – and don’t want to spend a fortune – then get the g7 Plus. You won’t regret it.

Buy the Motorola Moto g7 Plus from Amazon