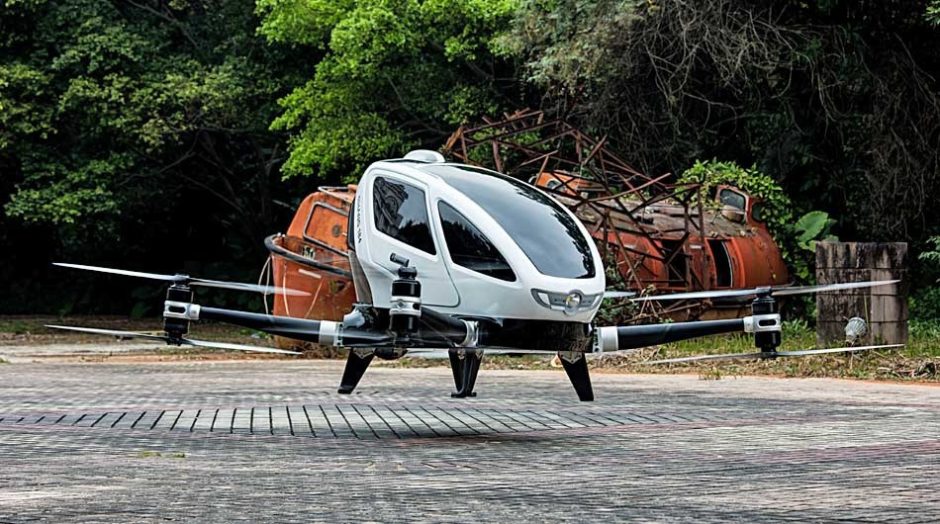 In recent years, technology has become the primary focus of businesses around the world. Whether it's virtual reality for training your dog or laser hair removal for grooming your cat, the uses can seem a bit trivial at times. Thankfully, one company is making an effort to save lives when it comes to technology. And drones are at the head of the pack.

EHang is the company behind dozens of drone breakthroughs. In fact, they were the first company to create a drone capable of carrying humans. Now, they are taking on the risky but generous task of transporting human organs in emergency situations to those in need, by pairing with a well-known pharmaceutical and lung transplant tech company, Lung Biotechnology.

The deal will result in 15 years of collaboration between the two companies, seeing 1,000 of EHang's autonomous drones being used as MOTHs (Lung Biotechnology's Manufactured Organ Transplant vehicle system). The drones will be pre-programmed to stop at hospitals and recharging pads for fast and efficient deliveries where needed. And more important than anything, they will be able to make a lot of deliveries where needed.

“We anticipate delivering hundreds of organs a day,” said CEO of Lung Biotechnology, Martine Rothblatt in a statement to Mashable. “Which means that the MOTH system will help save not only tens of thousands of lives, but also many millions of gallons of aviation transport gasoline annually.”

While the details of the deal have remained under wraps and no release date has been given to the public, buzz alone is enough to get many excited about this move. Many patients and organs alike are lost every year because there is no time to get the two together. This technology can make acquiring a new heart, lung, liver and kidney infinitely faster and more affordable.

With the testing of delivery drones and the popularity of personal UAVs, this medical move seems like the best option for the drone industry. While many argue that the potential for privacy intrusions and public disruption brought on by the existence of drones can makes them seem like a poor investment, this deal proves that there is more than money to be made from investing in these unmanned flying machines.