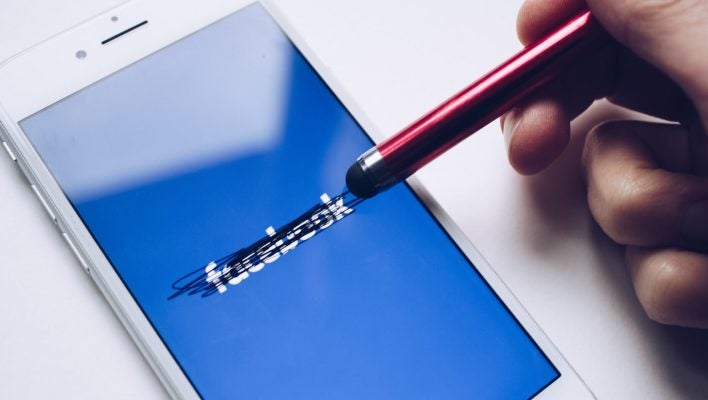 In a tweet this weekend, Elon Musk told his 31 million followers that they should delete their Facebook accounts, calling the social media site ‘lame'.

It's not the first time that Musk has shown his disdain for Facebook, and he's not alone either. Last week, author Stephen King announced that he was stepping down from the platform, and high profile figures such as Apple co-founder Steve Wozniak have also told the public to stay away.

While this outburst is unlikely to keep Facebook CEO Mark Zuckerberg awake at night, it's yet another indication that Facebook's popularity is waning as more question its motives.

This isn't the first time Cohen has attacked Facebook. In 2019, he rallied against the company in a 24 minute speech, claiming that it wasn't doing enough to combat hate and anti-Semitism.

In response to to Cohen's tweet, Musk replied ‘#DeleteFacebook It's lame'.

Musk has publicly criticised Facebook before. In 2018 he removed all of his companies pages from the platform, including Tesla and Space X. When WhatsApp Co-founder Brian Acton urged users to delete their Facebook accounts in 2018, Musk replied with ‘What's Facebook?' Twitter users quickly pointed out that his own companies were using the platform, even if he wasn't, and soon after, he removed these business accounts.

Musk isn't alone in telling us to get off Facebook, far from it. Just last week, horror writer Stephen King announced he was stepping down from the platform after becoming disillusioned with the ‘flood of false information allowed in its political advertising.' Like Musk, King remains active on Twitter, in case you're worried he's completely ditched social media.

Last year, a couple of high-profile industry veterans also told us we shouldn't be on Facebook. One of those, Brian Acton, the co-founder of WhatsApp, told an audience at Stanford University that they should delete their Facebook accounts, despite the fact that he had worked there until 2017. It's an open secret that Acton and Zuckerberg don't see eye to eye, with Acton's departure from Facebook apparently due to a disagreement about the finance model that the company was looking to adopt with Whatsapp. Acton's original intentions had been relatively small scale – charge users a $1 a year. Facebook, Acton argues, wants to instead make money from selling user data to advertisers. More lucrative yes, but not as consumer friendly.

Then there's the same message from Apple co-founder Steve Wozniak – this one had to sting for Zuckerberg. The Apple story is one that pretty much every tech company looks to emulate, and no doubt Jobs and Wozniak served as an inspiration to a young Zuckerberg. In 2018, Wozniak announced that he was leaving Facebook, stating ‘It's brought me more negatives than positives. Apple has more secure ways to share things about yourself.'

It's a message he restated in 2019 in an interview with TMZ, when he expressed concerns about user privacy ‘I worry because you’re having conversations that you think are private. You’re saying words that really shouldn’t be listened to because you don’t expect it. People think they have a level of privacy but they don't.'

Musk lashing out on Twitter isn't really anything new. Even using the word lame shouldn't be a surprise. In fact, he's used the word before to describe Facebook, such as in 2018 when a Twitter user brought a Tesla Facebook page to his attention and asked if it should be deleted, during his Facebook purge. Musk responded that it should, and that it ‘looks lame anyway.' As it happens, it turns out to be one of his favorite disparaging remark. Here are 5 other things that Musk has tarnished with his ‘lame' brush:

Although Musk may not seem to be too bothered about upsetting people with accusations (such as divers, for example), he may want to consider adopting a new word, given that lame's traditional definition of referring to a person with a physical disability could land him in hot water in today's climate.