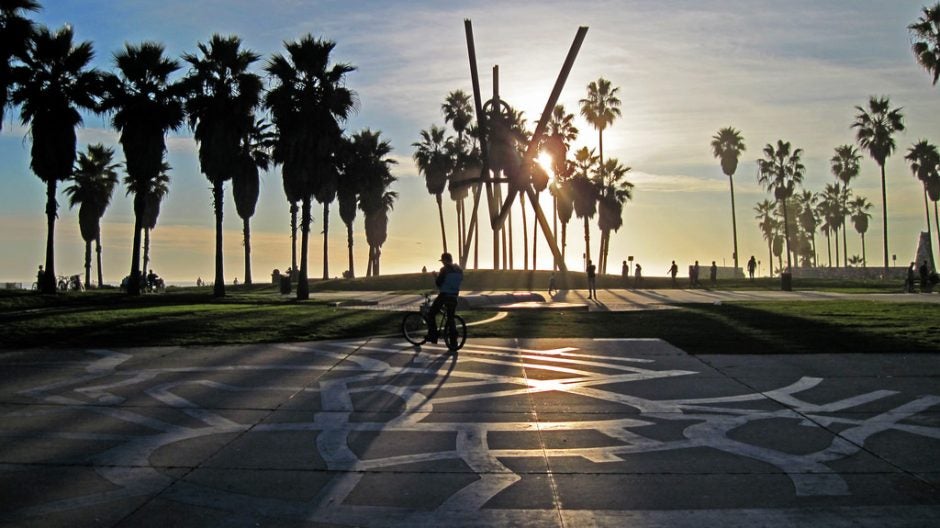 On the streets of Los Angeles, there's an on-going bubble of technology startups percolating close to the sun and sand. We delved into what is known as Silicon Beach, an innovation hub for tech startup activity that includes the cities along the LA coastline, and asked entrepreneurs what it's like to be a startup there.

Santa Monica started as a “handful of tech hopefuls meeting for backyard BBQs” to a “sea of strangers” filling coffee houses and chattering about tech, says Espree Devora, creator of WeAreLATech.

Santa Monica isn’t alone, either. Neighboring Venice has also proven itself as an attractive destination for budding entrepreneurs as Snapchat's headquarters and accelerator Amplify.La are living among the cafes.

There are plenty of reasons why entrepreneurs look to these two areas for cues on where and how to get their startup going. Here are a few entrepreneurs based in the area that know the scene and have some insight as to why it’s unique:

“People now move to LA not just for Hollywood films but to build a startup…there’s new coworking spaces popping up every month. What’s great is the intersection of film and technology along with the beach lifestyle…everything in walking distance makes Santa Monica the ideal location to network, live and build an awesome tech company.”

“The relaxed vibe of Santa Monica is also a huge benefit for our team. Anytime we feel stressed, we can work from our rooftop lounge with relaxing views of the ocean. I founded the company out of a broom closet by the beach. Six years later I have a large team in an expanded part of the same building who enjoy the benefit of yoga studios, gyms, restaurants, beaches etc. all walking distance in a relaxed neighborhood.”

Lefkovitch also says the creativity in the air fosters success:

“The most defining takeaway from building my business in Santa Monica is the creative space in which our office is located…we rub shoulders with some of music and tech’s best and brightest every day at the legendary compound in the heart of downtown Santa Monica. There is a blend of art and business that thrives here at the office, breeding creativity while expanding our business relationships.”

Adam Pokornicky, Founder and CEO of Venice-based Doggy Buddies and Sniffer, says the location gives him a huge boost:

“Whether it’s the beach, the palm trees or access to outdoors to go for a hike, bike ride, run or surf on a whim, it’s just different and welcomed from the fast pace and concrete nature of NYC…I’m seeing a consistent pattern of optimism, curiosity and community…that kind of energy and like mindedness is a breath of fresh air and super motivating.”

An Awesome Place for Crowdfunding

“Santa Monica is the epicenter of equity crowdfunding. There are only a handful of companies in the world who have experience marketing an equity crowdfunding campaign, and the majority happen to be located in Santa Monica. One day I walked around and was able to have meeting with three different companies – I got to each on foot – which is unheard of in LA…they all know each other so it is a small, unique community.”

“One of the best reasons to launch a startup in Venice, especially for a content studio like ours, is the seemingly endless supply of intelligent, creative, diverse and passionate talent we had to choose from. Venice itself represents this sort of oddball collection of people representing different backgrounds and world views, but they share an openness and a curiosity that, when you harness it for a common cause like building a startup, is very powerful.”

Financial Capital Can be Tough

“Two remaining challenges are engineering talents and financial capital. It has got somewhat easier to find talents partially due to high cost of living in SF/Bay Area, as many have been moving down. But the VC and access to smart money is still very tough. A lot of local VCs still follow the footsteps of Silicon Valley and wait for a lead investor from the bay before they jump in.”

No matter how you look at it, Santa Monica and Venice are becoming known for their brainpower rather than their suntans. Well, maybe they're known for both. Either way, Silicon Beach is creating a noticeable focal point for startup entrepreneurs and it looks like it's only going to get stronger from here.