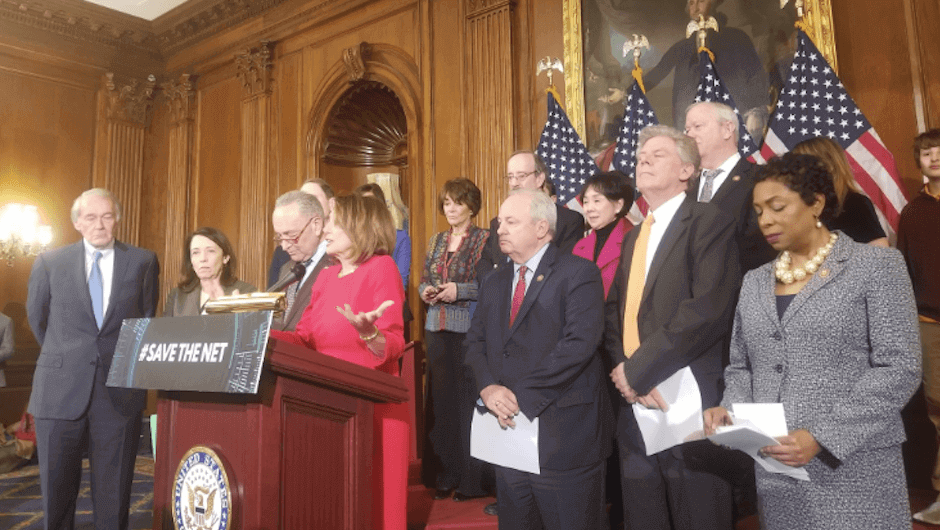 House Democrats introduced the Save the Internet Act, a bill that would repeal the FCC vote from late 2017 that did away with net neutrality laws, officially restarting the fight for a free internet. The bill was teased on Tuesday and announced Wednesday morning.

As many have admitted throughout the battle for net neutrality, the topic is a bit on the confusing side. If you're curious about what this important tech topic has to do with your life and how this act will change things, check out our guide below.

What Is the Save the Internet Act?

Unlike most of the discussion regarding net neutrality, the Save the Internet Act is surprisingly not that complicated at all. In fact, it's being touted for its simplicity and, most uniquely, it's brevity.

Yes, it's seriously only two pages, because it doesn't have to say much. The bill simply states that the admittedly rushed FCC vote in late 2017 should not take affect and that net neutrality laws should remain as they were before said vote took place.

That's it. The bill is so short that one representative was able to fit its entire contents into a tweet.

Here’s the Save The Internet Act of 2019 that nearly every Senate Democrat joined me in introducing today. 3 pages that will restore #NetNeutrality. Let’s pass it and make the internet free and open again. #SaveTheNet pic.twitter.com/BCYtcmcMe3

What Is Net Neutrality?

With a complicated topic like net neutrality, it never hurts to have a simple explanation of exactly what you're talking about. In simple terms, net neutrality refers to a set of regulations and restrictions that prevent internet service providers (ISPs), like Comcast and AT&T, from having too much unregulated control over your internet connection.

Why would ISPs want unregulated control over your internet connection? Because they can change how the internet functions. In this case, it could mean installing paid fast lanes and slowing down whatever content they so choose. It would give unfair advantages and unchecked power to those with the means to pay for faster internet connections, which is why tech companies and startup communities alike have adamantly opposed the repeal of net neutrality.

Net neutrality laws expressly prohibit this kind of tampering, and repealing them in 2017 gave ISPs free rein to do whatever they want.

A Brief History of Net Neutrality 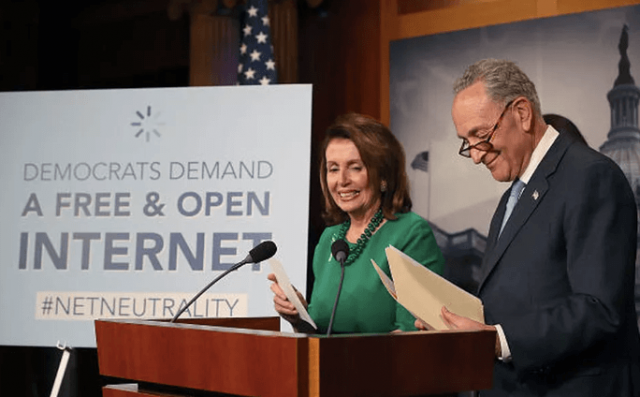 The battle for net neutrality has been a rollercoaster ride of important legislation and dramatic votes. In 2015, after a long, arduous fight to keep the internet free, former president Barack Obama enacted some of the strictest net neutrality laws to date, establishing the internet as a telecommunication service, keeping ISPs from having too much power over how it is monetized.

However, in 2017, the president and the FCC made quick work of those rules, swiftly overturning and repealing those laws in a 3-2 vote on party lines. While it does require that internet service providers divulge their actions in regards to paid fast lanes and blocked content, that's far from a significant deterrent in the long run.

Now, in 2019, the Save the Internet Act represents the Democrats' first attempt at undoing that vote. While it's certainly a step in the right direction, the odds of getting it past a Republican-controlled Senate and a president that has to be itching to use his first veto is unlikely, which means the battle for net neutrality is going to rage on for a while.