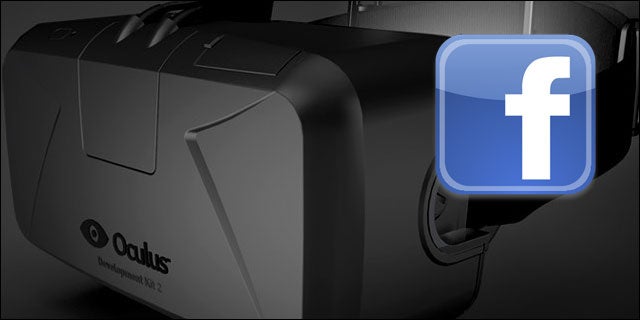 About an hour ago Mark Zuckerberg posted on his Facebook wall that the social media giant will be breaking out the check book once again to acquire Oculus VR for a reported $2 billion. The Oculus VR team confirmed the news in a blog post authored around the same time.

Oculus builds virtual reality technology, most notably the Oculus Rift headset. Users who put it on are warped into an immersive, computer-generated environment like something out of a sci-fi movie. They have optimized this technology in accordance with their mission to enable humans to experience the impossible.

And that’s where Facebook comes in to this otherwise atypical acquisition. Oculus VR considers virtual reality the next bit step with regard to a connected world, and according to their blog post, Zuckerberg and the Facebook crew understand the potential for virtual reality as well.

“Mark [Zuckerberg] and his team share our vision for virtual reality’s potential to transform the way we learn, share, play, and communicate,” says the Oculus VR team. “Facebook is a company that believes that anything is possible with the right group of people.”

There have been people who oppose this acquisition: just read the comments on the Oculus blog post. However, Facebook is adamant in applying the Oculus VR technology long term to a plethora of other experiences like court side game seats, classroom education applications, and doctor consultations.

“Virtual reality was once the dream of science fiction. But the internet was also once a dream, and so were computers and smartphones,” says Zuckerberg.